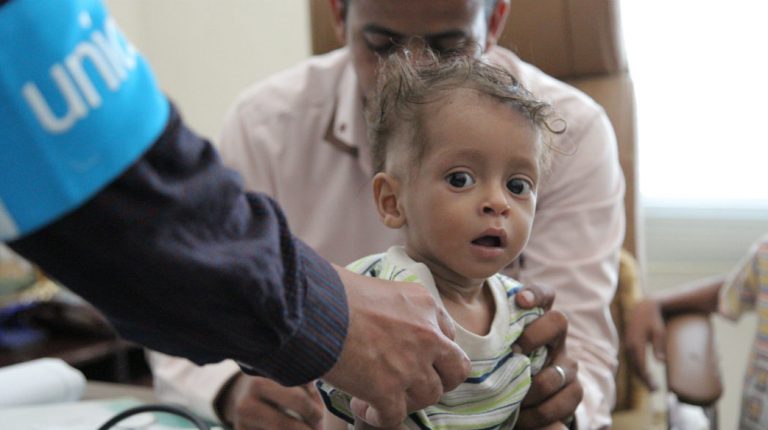 A UN-brokered summit in Sweden is in preparation to be held in the coming week, prospects for which are unknown amid a disastrous inconclusive war in Yemen.

UN Under-Secretary General for Humanitarian Affairs and Emergency Relief Coordinator Mark Lowcock arrived in the capital Sana’a on Thursday, from where he expressed concern over the deteriorating humanitarian situation, and called on parties to end the fighting.

Delegations from both sides, Houthis and Abdel Rabu Mansour Hadi, have been reported to attend the summit.

“I don’t want to raise expectations too high, but we are working hard in order to ensure that we can still start meaningful peace talks this year,” he said ahead of the G20 summit in Argentina. “But, as you know, there have been some setbacks,” he said, pointing in part to Saudi Arabia’s concerns over continued rocket attacks by the Houthis.

Since March 2015, a Saudi-led coalition comprised of Arab states has been at war with Iranian-backed Houthis over power in Yemen.

This comes as fighting continues and has escalated since the coalition launched an offensive attack agaist the port city of Hudaydeh, driving thousands of people out of the area.

According to the UN Human Rights Office, at least 6,660 civilians were killed and 10,563 were injured between March 2015 and August 2018, yet real figures are estimated to be higher.

“Fighting continues in eastern and southern areas of al Hudaydah. The main road to Sana’a remains inaccessible to humanitarian partners due to fighting,” UNICEF said in its latest report in September.

Over 85,000 children have died because of a war-induced famine since the beginning of the war, and millions are at risk of starvation.

The UN has described the war in Yemen as the world’s worst humanitarian crisis. “As the conflict enters its fourth year, more than 22 million people – three-quarters of the population – need humanitarian aid and protection,” Secretary-General António Guterres remarked in an April donor conference in Geneva.

In August, the UN panel of experts issued a 40-page detailed report, mandated by the UN Human Rights Council, to carry out a comprehensive examination of the human rights situation in the country.

“Among their conclusions, the experts say individuals in the government of Yemen and the coalition, including Saudi Arabia and the UAE, and the de facto authorities have committed acts that may, subject to determination by an independent and competent court, amount to international crimes,” the report said.

“There is little evidence of any attempt by parties to the conflict to minimise civilian casualties. I call on them to prioritise human dignity in this forgotten conflict,” said Kamel Jendoubi, chairperson of the Group of International and Regional Eminent Experts on Yemen.

Along came the Khashoggi case for Saud Arabia

The outbreak of Saudi journalist Jamal Khashoggi’s murder inside his consulate in Turkey led to an increase in the criticism of the kingdom over the Yemeni war, and the dire humanitarian situation.

Saudi Crown Prince Mohamed bin Salman, whom according to a leaked CIA report is believed to have ordered the killing, is making his first international appearance this week in the G20 summit in Argentina under global scrutiny, as questions soar over how world leaders will handle his presence.

The crown prince last week visited with regional allies, or “brotherly countries” as described by Saudi officials, including the UAE, Bahrain, and Egypt, where he received a warm welcome. But in his last stop, Tunisia, organised protests decried the recklessness of bin Salman’s policies, citing “crimes against humanity” in Yemen.

In Tunisia and in Argentina prosecutors are also separately looking into bringing charges against the crown prince over crimes in Yemen, seeking to invoke international jurisdiction.

However, besides supporters among Arab countries, bin Salman enjoys the support of the administration of US President Donald Trump on the Khashoggi case.

“King Salman and Crown Prince Mohammad bin Salman vigorously deny any knowledge of the planning or execution of the murder […] but it could very well be that the crown prince had knowledge of this tragic event – maybe he did and maybe he didn’t!” Trump remarked in a 20 November statement signalling support for the kingdom.

After the Khashoggi case, ethical questions intensified in the US about supporting the kingdom, especially in the Yemen war.

On Wednesday afternoon, the Senate voted to advance a resolution that would end all US involvement in the Saudi-led war in Yemen by an overwhelming majority.

Defence Secretary James Mattis and Secretary of State Mike Pompeo tried to convince senators to do the opposite in a briefing before the vote, despite having previously showed interest in a ceasefire in Yemen, and encouraged political talks expected in Sweden.

“The suffering in Yemen grieves me, but if the United States of America was not involved in Yemen, it would be a hell of a lot worse. What would happen if the US withdrew from the Yemen effort? Guess what: The war wouldn’t end,” The National quoted Pompeo as saying on Wednesday.

In a commentary to the Wall Street Journal, he argued that American politicians have and are still using the “kingdom’s human-rights record to call for the alliance’s downgrading.” He added: “But degrading US-Saudi ties would be a grave mistake for the national security of the US and its allies.”

“Saudi Arabia would gladly withdraw from Yemen if the Iranians would agree to leave,” Trump also said in his November statement.