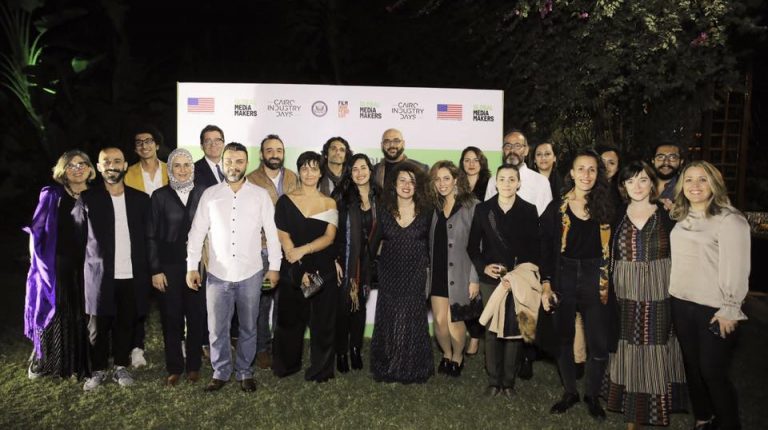 For young film makers who dream of making a motion picture that meets international standards and get a chance to have their film screened worldwide, the journey of turning their written stories into the silver screen is usually full of obstacles which stand between them and turning their dream into reality. Aiming to facilitate the process of turning filmmakers’ projects into real films, and to exchange cultural knowledge of filmmaking between the US and Egypt, the 3rd Global Media Makers (GMM)Summit took place last week. The GMM is a cultural exchange programme, organised by the American embassy in Cairo, in cooperation with Film Independent, a US-based NGO which champions independent filmmakers and supports them to formulate and realise their stories. The initiative celebrated its third edition this year with a summit which connected Egyptian filmmakers with some of their peers and mentors from the US.

The programme, established in 2016, helps young filmmakers to improve upon their stories with a six-week intensive training session in Los Angeles, in order to develop their projects under the mentorship of leading US film industry representatives.

The summit witnessed the participation of 23 filmmakers, alongside six US experts and mentors from the film industry, in order to discuss means by which both sides could continue to work on the programme. Among the Egyptian prepared films in the past years, was Amr Salama’s film Sheikh Jackson, which was Egypt’s selection in the Cannes awards in 2017.

“I believe that Egyptian filmmakers do not miss any storytelling talents. From what I have seen in the filmmakers coming to the programme, most of them need to learn how to package their stories and their deliver their voice to the world,” Maria Raquel Bozzi, the senior director of Education and International Initiatives at Film Independent told Daily News Egypt.

Bozzi, who has worked with 12 Egyptian filmmakers so far, believes that most of them want to tell stories that are rather loyal to where they come from, yet they lack the experience of how to translate them so they can attract a larger audience to their projects.

Bozzi was one of the mentors who helped Amr Salama while working on his film, by providing him with ideas and ways to intensely discuss the plot.

She expressed that most of the projects she saw and worked on recount stories of the struggles Egyptian live and “the love-hate relationship they have towards Cairo as a city.”

“Now that I am here, I can personally understand and relate to what I have been reading all the time. This is a fascinating city, there’s a lot of chaos and a lot of history and treasures as well, so there’s always that element in most of the applied projects,” she explained.

Effie Brown, an award winning film, television, and digital producer, is one of the participating mentors at the summit, said that the main element Egyptian filmmakers bring to the US is a great understanding as well as a cultural bridge. 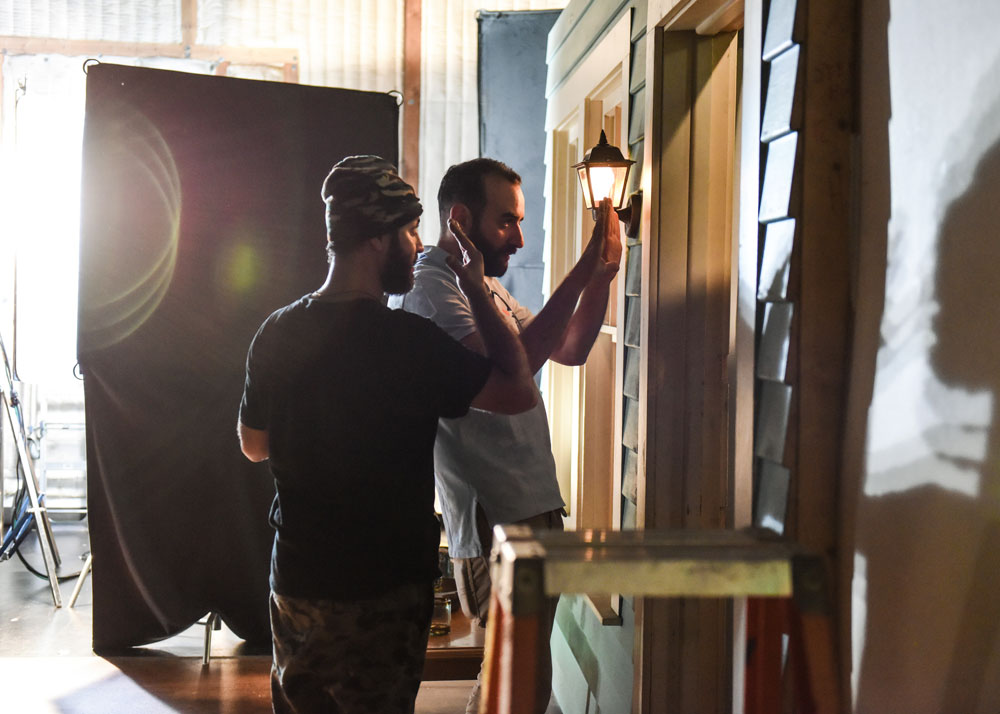 “The US has preconceived notions about the Arab world which are completely false, and I believe the only way to combat these stereotypes is through films. And Egyptian filmmakers always bring these elements that we all can relate to as human beings,” she said.

Struggling to purchaseF their rights as a main theme of many film ideas, Brown added that after every film she reads, she is deeply convinced that all human beings are the same, regardless of where they come from.

“As a Black American female, I can truly say that many of our real problems are not told or mentioned in films. A lot of the films that are being showing in the US are about the dominant whom are white men. So, we also struggle to voice out such problems,” she added

In the press release published by the embassy, Ruth Anne Stevens-Klitz, the cultural attaché at the US embassy in Cairo said that the “connection between the Egyptian and US film industry is twofold; first in the widespread distribution of American films within Egypt, and second with the mentoring and cultural exchange opportunities offered by programmes like GMM.”

“We are thrilled to celebrate the impact of this programme for Egyptians and other filmmakers in the region,” she continued.

Film Independent offers filmmakers’ education and development programmes that help them improve their work, as well as opportunities to build a work that meets audience needs. Over the past years, Film Independent has helped 46 filmmakers from nine regional countries through the GMM.

Bozzi stressed that she had found a sense of urgency in Middle Eastern filmmakers, which she could not feel or find elsewhere.

“Urgency means the work starts getting powerful, driven by the urge that you [viewer] need to hear this story, and you cannot but pay attention to it, which is something I find great, and very engaging to the final produced film,” she explained.