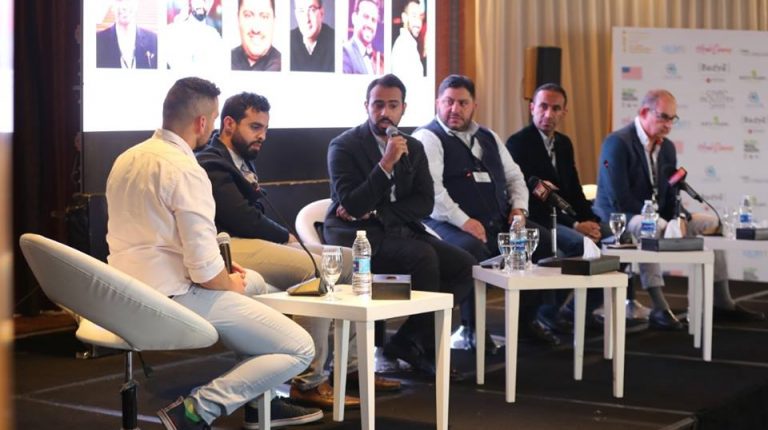 The Cairo Industry Days kicked off its events , in parallel with the screenings of the 40th edition of the Cairo International Film Festival.

The sessions witnessed three interesting panels in the Intercontinental Semiramis Hotel in Cairo.

The first Len Amato film has been at the helm of HBO films, creating some of the most exciting original films that communicate to our present day. In this conversation, which was moderated by Film Independent President Josh Welsh, Amato revealed how through his work developing films, he strives to find the essential truth in every story.

Amato has been planning visits to several Middle Eastern countries scouting for Middle Eastern moviemaking talent, in collaboration with the US State Department’s Bureau of Educational and Cultural Affairs.

Another panel dedicated to Russian cinema, asked whether films were a mirror to a changing society. It also discussed tradition and innovation in Russian Cinema. The panellists discussed that recently Russian cinema has attracted international acclaim with films such as Leviathan and Loveless by Andrey Zvyagintsev, giving a vivid, sometimes very shocking images of a society that is seldom portrayed outside of recent news segments.

However, participants blamed red tape, and discussed how Russian auteurs navigated through the maze of traditions and restrictions within Russian society.

The third panel named ‘Is Saudi Arabia into more business for Hollywood or the Arabs?’, discussed the possible impact of Saudi Arabia opening up the film sector, in terms of international business, which is mainly Hollywood, and specifically the Arab film industry. The panellists also discussed whether there are clear steps and guidelines for the new film governmental bodies in Saudi Arabia, and if there exists a space for independent cinema and films.

Moderator Abdallah El Shami, who is managing partner and GCC representative bureau at MAD Solutions, asked whether having more cinemas in Saudi Arabia is a helpful factor to the industry, as there are thousands of cinema houses in Gulf countries which only screen Hollywood hits.

Hisham Alghanim chairperson and CEO of International Film Distribution (IFD)/ Kuwait National Cinema Company said that “Saudi audience are cinema lovers and consumers of culture, so there is an ambitious market for Arab and world cinemas, but also a promising market for local production.”

Fadi Ismail, director of Group Drama (Production and Distribution) MBC Group, said that Saudi cinema should “develop an infrastructure that is needed to enable the industry to grow.”