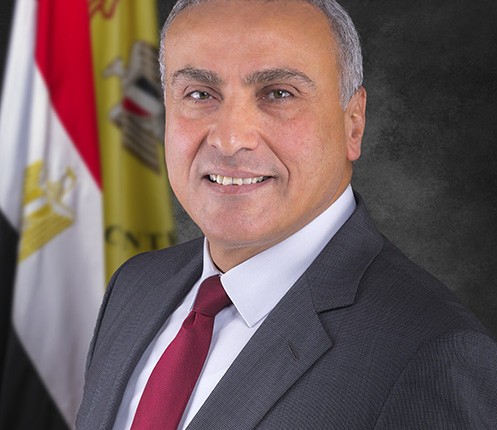 Prominent officials from the Central Bank of Egypt (CBE) on Sunday unveiled the reasons for the decision on Thursday to end the mechanism of foreign investors’ funds transfers.

Gamal Negm, deputy governor of the CBE, said in a television interview on Extra News TV Channel, that the removal of limits on foreign exchange (FX) transactions led to restoring confidence in the banking sector.

He added that Egypt has received inflows worth $111bn since the floatation of the pound until now, adding that the dollar sale from natural individuals exceeded $11bn, supported by the stability of the exchange market.

He pointed out that the decline in the current account deficit and the improvement in Egypt’s credit rating were among the factors which helped the CBE to take the decision to cancel the money transfer mechanism for foreign investors, denying any link between the cancellation of the mechanism and the decision of the ministry of finance to liberalise the dollar rate at customs for non-basic goods.

Negm emphasised the CBE’s adherence to the policy of non-intervention in the exchange market, pointing out that they do not want to deplete the FX reserves.

According to Negm, the strength of the banking sector is what led to the success of the economic reform programme, pointing out that banks have strong capital bases and good rates of return, in addition to preparing to apply Basel 4 standards in 2022.

According to Ramy Aboul Naga, Sub Governor Markets and Foreign Relations Sector, the market’s arrival to a high degree of maturity and depth, and lack of need of this mechanism is what prompted the CBE to cancel the mechanism.

He added that when the mechanism was launched in 2000, there was a competition on capitals among central banks after the Asian tigers’ crisis, but it no longer had a role after global markets stabilised, macroeconomic indicators improved, foreign reserves rose, and insurance risks against bankruptcy increased.

He stressed that the cancellation of this mechanism gives a strong message to the investor, meaning that the market has enough hard cash liquidity, especially as many investors left the market through the interbank.

He added that the interbank market accommodated the exit of foreigners during the past period without facing the slightest difficulties, noting that the decision to cancel the mechanism would have come regardless of IMF programme.

He noted that FX reserves reached record highs, covering nine months of imports, which is a very high adequacy ratio.

He stressed that the sustainability of reform and improvement of economic indicators, resulting from real improvement and not temporary, is what interests foreign investors.

“Egypt has not failed to pay any commitment since 1971, and did not resort to restructuring debt. The credit rating has increased at a time when many emerging markets’ ratings declined,” he highlighted.

For her part, Naglaa Nozhy, Governor’s Advisor for African Affairs and Supervisor of the Economic Research Sector, pointed out that the expectations of a stable exchange rate is supported by a number of indicators, most notably the high rates of self-sufficiency of petroleum products, which was a burden on foreign cash.

She noted that net exports turned from negative contributions to GDP to 1.8% in the fiscal year 2017/18.

Furthermore, she pointed out that the reforms of the legislative environment of the business community led to increasing the investments’ contribution in the rate of real growth rate.

She added that the balance between needs and dollar flows was supported by the recovery of tourism revenues and the rise of remittances transferred through legal channels.