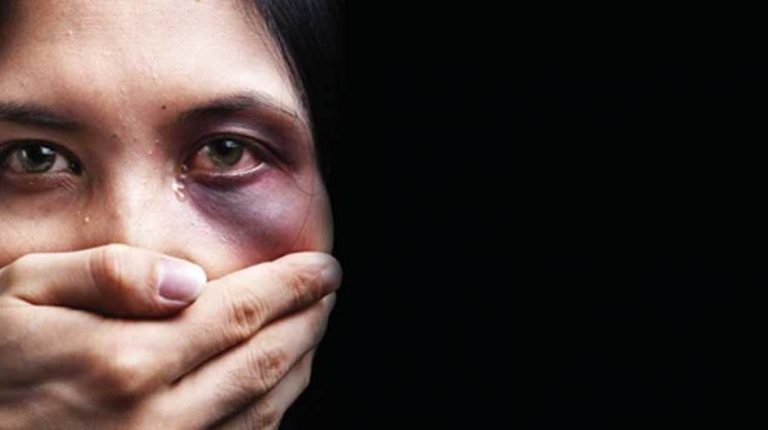 In order to mark the International Day for the Elimination of Violence against Women, a group of Egyptian women spoke out about their experiences and the forms of violence they face, or believe need more attention.

Women in the whole world struggle with various forms of gender-based violence. According to the World Health Organization, one in three women experience either physical or sexual violence, most likely from their intimate partners.

According to the UN, 87% Egyptian girls and women, with ages ranging from 15 to 49, had been subjected to FGM starting from 2015.

The UN defines violence against women as “any act of gender-based violence that results in, or is likely to result in, physical, sexual, or mental harm or suffering to women, including threats of such acts, coercion or arbitrary deprivation of liberty, whether occurring in public or in private life.”

“The first thing comes to my mind when you say violence is how men treat women in a degrading manner in the streets and at work. This is a very violent act,” Evangeline informed DNE. “Even when my male colleagues burden me with more tasks at work based on my gender, it is an act of violence,” she added.

The young art director said that her male manager is “a mad and abusive man,” adding that he bothers her whenever he gets a chance.

She continued, “He always tries to put me down. He does not come to work so I have to accomplish his tasks. However, this does not satisfy him but makes him angrier.” She added that he sometimes tries to soften things up but eventually returns to his “annoying manners.”

Evangeline mentioned that a clash between her and her manager recently erupted, after which she was fed up by his behaviour.”He tried to hit me, and insulted and cursed me. However, my colleagues supported me. But they justified his behaviour by saying that when he comes face-to-face with a woman who is more skilled, or smarter than him, he feels his masculinity is threatened.”

Furthermore, Evangeline believes that Egyptian men try at any chance they can to jostle women in lines or streets because they consider them weak. “We are still fighting a gender-based war. They want us to be jailed in our homes. But we will never be imprisoned. We have got some earnings, but the war is still ongoing.”

Moreover, Evangeline said that Egyptian society asks of women to “remain silent because if she speaks up or fights for her rights people consider her ill-mannered.”

“Men are afraid of their fake positions (in society). They are afraid of women’s success. And if she’s successful in her career this could threaten their position.”

Menna elaborated that, “most cases were rape incidents in the streets, or kidnapping in a microbus or even while at their workplace, as most of them are domestic workers.”

It is not just sexual violence, they harm you physically

On a daily basis, Egyptian women and girls face distinct forms of sexual violence in the streets of Egypt, in both public and private places, whether in transportation vehicles or in workplaces. It could be verbal or physical harassment, and sometimes escalating all the way to rape. Women are usually blamed by society for being subjected to such acts. They are accused of ‘provoking’ men via their outfits or actions.

“I regularly face sexual violence. A group of young men once passed by me in a car. One of them grabbed my arm and dragged me in the street, I could never forget this,” said Heba, a journalist.

She said that she regularly faces similar situations, adding that once a sexual harasser threw a burning paper at her handbag. “This also includes verbal harassment, and curses due to your rejected outfit for them,” Heba noted.

“Sexual harassment is not just about touching your body without your permission, or bothering you in the street. They intended to harm you physically,” Heba concluded.

“He punches me in the face over a car accident”

“Five years ago, I had a car accident as my car collided with another one. The car’s male driver got out of his vehicleand started shouting at me. He cursed me and opened my car as he wanted to take my keys by force. He then punched me in my face,” Shereen recalled.

“I cried and screamed and people gathered to urge him to file a report at a police station, they said: you do not have the right to hit her,” Shereen said.

Egyptian women drivers reported they face struggles on a daily basis in the streets, as male drivers consider them ‘less skilled’ than them because they are females.

“I always face difficult situations while driving in Cairo, from male drivers or the valet parking guards who are responsible for parking in streets. They force you to pay money in order to allow you to park your car.  If you refuse they could smash your car,” said Sarah. “I always think, if I was not a woman, would they behave the same way?”

About 87,000 women lost their lives in homicides

The UN’s recent study in 2018 issued on the IDEVW, disclosed in a stark finding, a new report has unveiled that globally some 50,000 women were killed last year at the hands of intimate partners or family members, urging greater coordination between police, justice, and social systems to better protect women and girls.

Globally, about 87,000 women lost their lives in homicides (intentional killings) in 2017, according to the global study on homicide: the gender-related killing of women and girls, issued by the UN Office on Drugs and Crime (UNODC).