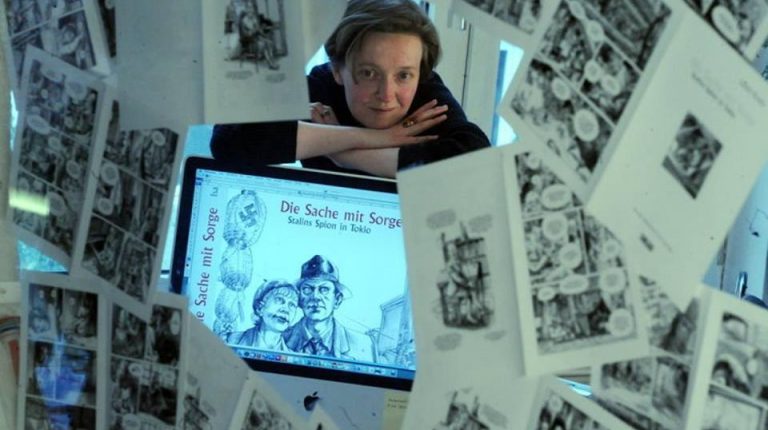 With anticipation, excitement and thrill, dozens of Egyptian comic fans gathered for the long-awaited for annual event, the 5th Egypt Comix Week, which kicked off on Monday.

The hub, through which comic fans get to assemble together and to meet international comic artists who are participating in international publications, will last for five days at Down Town’s Rawabet Townhouse theatre.

Organised by Sefsafa Publishing House, the event will witness a variety of workshops, roundtables, discussions, and exhibitions with the aim to provide the chance for people to explore the history of comics in Egypt and the Middle East.

Sara Abdeen, one of the organisers told Daily News Egypt that the event aims to spread the knowledge and culture of comics among Egyptian society, “which still believes that comics are only for children.”

“We aim through workshops that are being held by international artists to give Egyptian comic artists the chance to learn the new aspects, and techniques of this field, which are still limited in Egypt, compared to other countries across the world,” she added.

She stressed that this year’s round kicks off with the aim of focusing on the reciprocal relationship between the comics and reality.

The 5th round’s opening witnessed the participation of Samya Kullab, a Canadian journalist known for her enriching role in the global comics scene.  Her political-inclined comics were published in many international outlets including Foreign Affairs, Foreign Policy, Al Jazeera, IRIN, The National, the Globe, and Mail.

Among the workshops organised by the event, is a one by prominent German cartoonist Isabel Kreitz, which is to take place with the cooperation of the Goethe Institute.

The week also hosts a workshop with Peter Kopal, a journalist and cartoonist from the Czech Republic, who has so far produced over 40 comic books, as well as educational comic sources for beginners. He is also known for converting classics into modern comic books.

From Egypt comes Tarek Imam, an Egyptian writer known for being a pillar at writing four-dimensional visual stories.

Both artists discussed the current comics scene in the Egyptian and international markets, and discussing further details of creativity and innovation in both outlets.