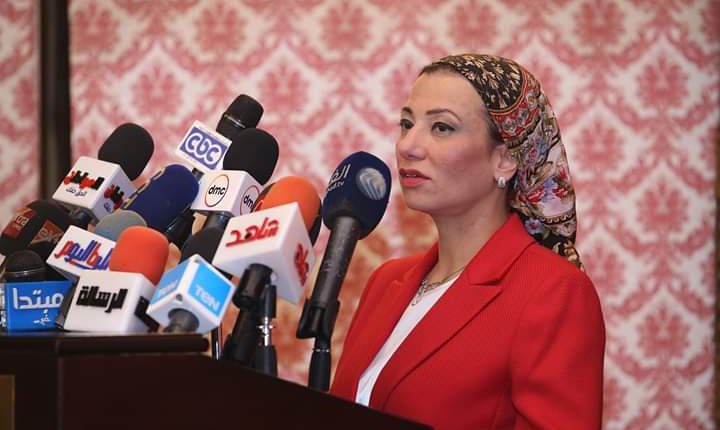 The ministry of environment has completed a feasibility study for the use of electric cars and the role that will played in reducing pollution during the coming years, as well as their ability to reduce the emissions resulting from the exhaust of transportation in general as well as from private cars, estimated at 25% of air pollutants.

“The ministry is exerting its utmost efforts in the recent period to introduce eco-friendly vehicles in the local market,” said Yasmine Fouad, minister of environment.

She informed Daily News Egypt that several consultations have been held with the qualified authorities over the past months to prepare environmental, technical, and economic studies on the use of these types of vehicles.

She stressed the need to encourage the private sector to invest in this area, through the introduction of incentives, as well as the provision of qualified technicians to maintain these types of vehicles.

Moreover, Fouad explained that there are sustainable transport projects in Egypt which started seven years ago, whose main objective are to protect the environment and reduce the emissions of vehicles of all types.

She further stated that electric cars will contribute towards reducing carbon emissions and the proportion of pollutants in the air, and that there are ongoing discussions with the ministry of transport and the ministry of housing to transform the New Administrative Capital to become the first environmentally-friendly green city using clean electric transport vehicles.

Mohamed Fathy, director of the Transport Sustainability Project of the Egyptian Environmental Affairs Agency (EEAA) and the cabinet, said that the project to switch to electric vehicles was initiated by public transport buses due to the high cost of small electric cars.

He added that there is a government plan to spread the system to all vehicles in order to reduce the pollution rates. Several meetings were held with specialists and private sector companies that showed their potential in this field during the coming period.

Furthermore, Fathy said that the ministry has set up a specialised committee to prepare the feasibility study on the use of electric vehicles. The committee includes Yomna Hamaki, professor of economics at Ain Shams University and two others in the field of mechanics and technicians from the ministry of environment.

He explained that the committee has completed its work and is due to submit the study to Prime Minister Mostafa Madbouly, before the end of this month.

He pointed out that a memorandum is being prepared, which contains the policies and recommendations of experts and specialists from the parties that participated in The Centre for Environment and Development for the Arab Region and Europe (CEDARE) conference on electric vehicles, which was held in the past months.

The conference was attended by representatives from government and foreign agencies and international companies of different nationalities, including Chinese and German experts who have experience in manufacturing these types of cars, Fathy elaborated.

Over and above, he said that the recommendations will be included with the feasibility study to be submitted to the Council of Ministers, noting that it urges the importance of the introduction of these types of vehicles in the coming years, and encourages investors to manufacture them locally.

“The inclusion of electric vehicles as a key element in the public transportation system is necessary during the current period, and there is a clear and serious state vision to support these vehicles,” Fathy stressed.

Moreover, he urged the need for legislation and the necessary infrastructure to implement this vision to maximise the benefit for the entire social, economic, environmental, and health aspects.

The EEAA director underscored the importance of creating incentives for both the investor and the citizens, and to work on providing customs exemption for those vehicles, in addition to marketing them.

Additionally, Fathy declared that there are ongoing consultations with the competent authorities, including the ministries of finance, industry, transport and electricity, to discuss the incentives that should be provided to this sector.

“The standards and requirements for companies wishing to enter this field should also be penned, in addition to the mechanism of work in this sector and the environmental commitment,” he noted.

He added that the ministry is discussing with Mohamed Shaker, minister of electricity, the possibility of charging car batteries through new and renewable energy, including solar and wind power, because they are environmentally-friendly.

They recently coordinated with the Public Transport Authority in Alexandria to introduce 15 public electric transport buses a few months ago. A tender was held and a Chinese company won, Fathy disclosed.

Likewise, he said that the first bus was operated experimentally for three months, while 14 extra are scheduled to operate in the first quarter of 2019.

Fathy further explained that the electric bus is more expensive that the diesel buses, but the maintenance and operational costs are lower, aside from the environmental and health gains, which are ultimately in favour of the national GDP.

He expected that all public transport buses will be replaced by electric vehicles in the coming years, in partnership with the private sector as in European countries.

He pointed to the importance of the spread of electric cars in touristic and archaeological areas in order to keep them safe and avoid the presence of any harmful emissions and air pollutants near them.

According to government sources, the price of the electric bus is $240,000-280,000. The Arab Organization for Industrialisation has shown its ability to start the assembly of these types of vehicles in cooperation with foreign partners who have experience in this area.

The sources pointed out that the most prominent features of the feasibility study, which was prepared by economic experts and technicians on electric vehicles, is annually saving subsidies.

According to the study, the number of buses planned to be converted to use renewable energy (solar, wind, and fossil fuel) is about 17,800 buses in different provinces.

The study said that if these buses run on wind power, the state will be able to save EGP 181m annually, but when using solar energy to charge batteries, the savings will be EGP 58m. The number is below EGP 49m in savings when using fossil fuel.

The source pointed out that Cairo and Alexandria will have the largest share of converted buses, estimating the number at 9,300 buses.

“When the batteries of electric vehicles in the two provinces are charged using wind power, the fuel saving will be EGP 96m, down to EGP 30m when using solar energy, and EGP 25m when using fossil fuel,” the source added.

In addition, according to the environmental conditions that will be imposed on investors wishing to assemble and manufacture electric cars, they are required to dispose the batteries of these vehicles outside the country at the end of their life span and bring a certificate proving this after disposal.

The source pointed out that the state is also earning savings in the form of avoiding the negative effects of emissions that affect human health, as studies have shown that the noise resulting from the transport system in general caused many mental diseases and strokes.

Meanwhile, Mona Kamal, undersecretary of the ministry of environment, said that the transport sector accounted for 25% of pollution and 70% of noise pollution. Electric vehicles will significantly contribute to reducing emissions and preserving the environment.

She pointed out that there are ongoing discussions with the relevant authorities to provide incentives for citizens to buy electric vehicles, as well as incentives for investors to work in this sector, including customs exemptions.

She added that the ministry’s plan currently includes using clean energy in the transport sector, to reduce emissions of air pollution, especially in cities that are witnessing increasing population numbers.

She noted that nearly 100 monitoring stations have been established to measure the air concentrations in different governorates, in order to ensure that the emissions remain under the limit.

She said that the Egyptian market has the potentials to become a centre for the manufacture of electric cars, especially in the cities of the Canal.

For his part, Mostafa Mourad, head of the Central Department of Air Quality in the ministry of environment, said that when designing new residential cities, the establishment of recharge stations should be considered to meet the government’s plan to rely on electric buses and vehicles.

He said that 45 cars’ recharge stations have been set up so far in some areas in several governorates, mainly Cairo.

He also added that the ministry is seeking to implement an integrated system for sustainable transport using electric vehicles of all kinds.

How Volkswagen is gearing up to be an electric car leader