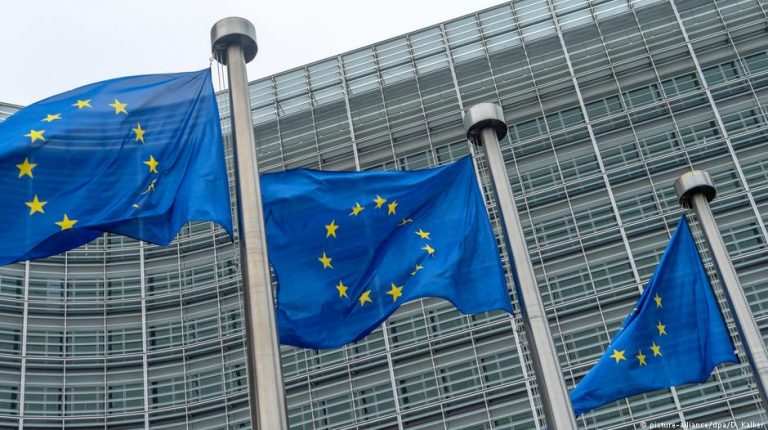 When they made their joint "Meseberg declaration” in the summer, French President Emmanuel Macron and German Chancellor Angela Merkel seemed to be on the same page. But, as some skeptics whispered at the time, Macron may have won on symbols, Merkel won on substance. And as Tuesday's long-awaited reform plans sink in, this may be the case.

"These reforms fall clearly short of the hopes that surfaced after the election of Macron in France,” Jan von Gerich, chief analyst at Nordea, told DW. Macron laid out a vision for eurozone reform last September when he spoke of "rebuilding Europe," with a common budget and a single minister: fiscal union to mirror and complement monetary union.

2. Reforms came at the wrong time

The UK-less agreement between the EU's remaining 27 finance ministers has of course been hailed by its advocates as a way of giving the European Union the means to counter another major shock to the European economy after the financial crisis in 2008-09 and the bond crisis in 2013-14. But Macron's grander visions — as grander visions tend to — got bogged down due to Merkel's political enfeeblement at home, ankle snapping by smaller EU members, led by the Netherlands, and Macron's seemingly inexorable political demise at home.

"The reforms outlined are incremental and rather limited in size, and fall significantly short of what would be needed to build a true union resilient towards crises," von Gerich said. "Many aspects were left for the Euro Summit do decide, so it is still possible, though unlikely, that a somewhat more ambitious reform path will surface.”

3. EU members do not back Macron's deepened union

None of this stopped Eurogroup President Mario Centeno hailing the agreement a success. "We made it," he said. But what exactly did they make? Two main areas stand out.

France wanted progress on banking union, the common rules and institutions governing the bloc's largest banks. Paris wanted a common deposit insurance scheme and a backstop to be used to support the winding down of failing banks. These were not entirely forthcoming.

The EU governments agreed that the European Stability Mechanism (ESM), a €500 billion ($575 billion) fund set up by member states during the sovereign debt crisis to absorb bond market turbulence, should do this. But a deposit guarantee scheme was opposed in Berlin, which said it didn't want to share risks with weaker economies such as Italy until their banks have cleaned up their balance sheets.

German media has tended to portray this as an attempt by eurozone members from the south to benefit from risk-averse savers in the North. Italy, meanwhile, balked at supporting the plan to reduce the banking sector's non-performing loans faster than at the current pace. The Dutch government, meanwhile, has been at the forefront of countries resisting the mutualization of risks.

The reforms made only incremental moves toward a central fiscal authority, slowing Macron's vision but reflecting the hesitation of others in the bloc becoming a fiscal union, Linda Yueh, author of "The Great Economists," told DW.

Changes to the ESM are not a major game changer, von Gerich said.

"The ESM will now offer precautionary lending, following the IMF, which could bring about more stabilization along with Banking Union. If that's sufficient, then it would lessen support for Macron; but if they are insufficient, then the technical studies of a fiscal authority would gain steam," Yueh said.

But there will be no eurozone budget. Despite being a Macron flagship proposal, plans for a eurozone budget had already been downsized several times over the past year. "There is very little willingness to move power to the eurozone level, that is a common budget and governance,” according to von Gerich.

4. The reform window of opportunity is closing

The window for agreement on Macron's plans is closing. In 2019, the EU will shift its focus to Brexit in March and European Parliament elections in May.

"Today's agreement on eurozone reform is good news," ifo's Gabriel J. Felbermayr told DW. "It shows that the European decision- making machinery still works and that compromises can be reached despite many differences. The strengthening of the ESM is important for the stability of the eurozone, but the steps towards creating something such as an European Monetary Fund are small. It is positive that the ESM now gets a stronger role in restructuring of banks and that it can take action pre-emptively before countries run into real trouble."

"The first good step is that Germany and France achieved to find a common basis and have proven to be ready to defend it at the Eurogroup. Nothing very new versus the German-French statement, but the possibility to have a stabilization function is the most important part," Louis Harreau of CAIB told DW.

"We still wait for more on the budgetary instrument – only way to see the eurozone surviving the next crisis, but this is a clear step in the right direction and a proof that the "Hanseatic league" is not ready yet to obstruct the progress."