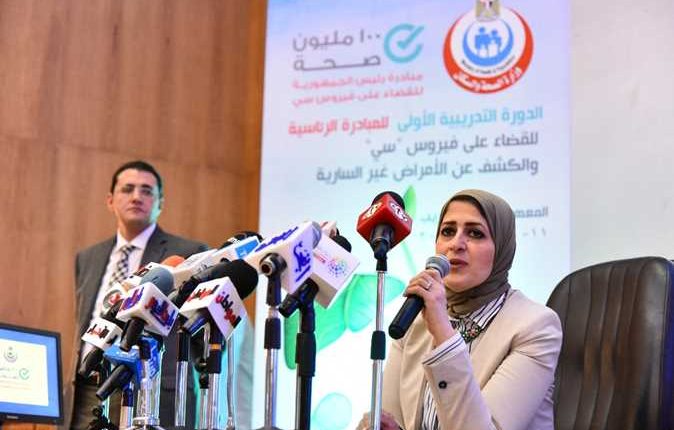 The ministry of health examined more than one million people until Tuesday in the second phase of President Abdel Fattah Al-Sisi’s initiative to eliminate hepatitis C as well as communicable and non-communicable diseases, under the slogan ‘100 million Health’.

According to the health ministry’s spokesperson, Khaled Mogahed, about 13.1 million people were examined since the beginning of the initiative in October, and they received free medication.

Mogahed added that about 68,338 students in secondary schools across nine governorates were also tested. He noted that Alexandria is the governorate which most benefitted from initiative.

Over 20 million people are targeted in the second phase which is set to last until the end of next February.

In October, Al-Sisi launched his seven-month initiative for conducting hepatitis C examinations, and communicable and non-communicable diseases tests. The two phases target about 45 to 52 million people nationwide, aiming to eliminate hepatitis C by the end of 2020.