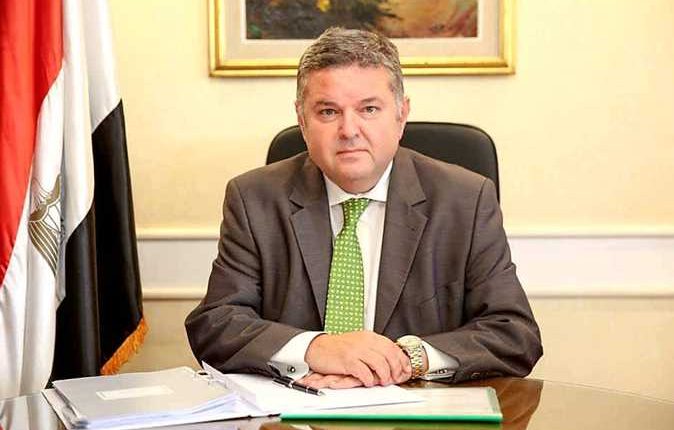 The ministry of public enterprise sector will conduct, in cooperation with the Egyptian Commercial Service Office )ECS(,a promotional tour in a number of countries to attract bids for the development of the El Nasr Automotive Manufacturing Company.

The ministry has not yet received any serious offers from China or Russia for the development of the El Nasr Automotive, Hesham Tawfik, minister of public enterprise sector told Daily News Egypt.

“All that we have received does not qualify to be described as a serious offer, so we will cooperate with the ECS overseas offices to directly contact car companies,” he added.

The minister did not disclose the identity or nationality of the companies to be directly addressed, saying that “the ministry invited investors from all countries recently and will open the door soon for offers.”

In September, Tawfik met with the acting Russian trade representative in Cairo, Nikolai Aslanov, and a representative of a Russian company working in the field of heavy industries, to discuss possible opportunities for cooperation in reviving the El Nasr Automotive.

The minister told the Russian delegation that technical and administrative expertise and financial solvency of private sector partners in Russia could be used to develop the state-owned company.

During the meeting, the Russian trade representative expressed Russian automakers’ interest to participate in the development of the El Nasr Automotive and local feeding industries.

A source at the Metallurgical Industries Company, the parent group of El Nasr Automotive, said that the government aims to sign a development agreement with one of the major international companies without selling any company shares.

He added that the government is counting on that expected global company to revive El Nasr Automotive and increase dependence on local components.

“The winning company that will be awarded the development agreement will work to settle and localise the car industry in Egypt, not just manufacture an Egyptian car,” he said.

Nafea explained that the winning company, in cooperation with El Nasr Automotive, will work on manufacturing between 100,000 and 150,000 vehicles for export.

He did not disclose the nationality of those five companies but said they were Asian and European.

He ruled out the possibility of an immediate mergerof El Nasr Automotive with the SMG Engineering Automotive Company, however he said it would be possible in the future if the revival project required that.

At the beginning of this fiscal year, Tawfik prepared a strategy for the development of its different subsidiaries, including El Nasr Automotive.

The strategy showed the government’s willingness to contact several international companies to implement a project that will manufacture between 100,000 and 200,000 vehicles per year at El Nasr Automotive on a profit-sharing scheme.

According to the strategy, the government seeks to contribute land and production lines in the project, while the international company will handle financing development and modernisation operations.

The government is counting on international companies to manufacture a new model at El Nasr Automotive, turning Egypt into an exporting base to neighbouring markets, similar to the Renault experience in Morocco, according to Tawfik.

The minister said in a previous press statement that the government objective for the future of automotive manufacturing depends on local components for them to be exported under the slogan “Made in Egypt”.

Furthermore, he added that the Egyptian market cannot absorb all the company’s production capacity, so it will be agreed with the international company that Egypt will export the future model to the entire region.

El Nasr Automotive was the first automobile company in Egypt and the Middle East. It was founded by late President Gamal Abdel Nasser in 1959 in Wadi Houf, ​​Helwan, as part of a larger project at the time called “From Needle to Rocket”, which aimed in its first phase to assemble cars, then manufacture.

The company is currently operating on a very limited scale through manufacturing some products to the Nasr Forging Company and the Eastern Tobacco Company.

El Nasr Automotive suffers annual losses of EGP 12m. There are still 140 employees in security and warehouses after the government decided to stop the company’s production in 2010.

The ministry is currently considering a merger of El Nasr Automotive with SMG Engineering Automotive Company in case the international company wants to manufacture 200,000 vehicles per year, given that the area of both companies adds up to 850,000 sqm.

The former Minister of Public Enterprise Sector, Ashraf El-Sharkawy, agreed with a Chinese company in January to implement the project. However, the following Minister Khaled Badawy cancelled the project when he took over. He announced in a press conference that the company was suffering from many problems which hinder its ability to manufacture an Egyptian car that can compete internationally.

Tawfik has revived this plan with that tour, stressing the ministry’s intention to continue developing the automotive company.

The Metallurgical Industries Company’s board member, Khaled El-Feky, said that Tawfik showed a real desire to develop the company as soon as possible.

He added that the development plan has several stages, the first being to expand in manufacturing spare parts and auto paints, then manufacture tractors and assemble global models with high rate of local components.

The Romanian Tractor Universal 650 Braşov signed an agreement with El Nasr Automotive in September and Hulwan Iron Foundries (previously Factory 9) to manufacture and assemble Romanian tractors in Egypt after an absence of over 35 years.

In conjunction with the plan, the company’s employees proposed starting an anti-rust production line to be manufactured for others or through leasing.

A source in the company told Egypt Automotive that an investor presented a plan to the company long ago to lease the anti-rust production line for EGP 7m, which enables the company to keep its employees and commit to paying their salaries, besides at least EGP 5m of annual profit. However, the administration refused.

The source said that this production line works 24 hours a day through the operation of pumps and machinery without production so as not to freeze raw materials.

The proposal stated that the company has a complete assembly line of cars with a capacity of 15,000 per shift, which can be well exploited, along with re-initiating the industrial training courses to prepare skilled labour.

The proposal noted that the company has production input in storage, which can be used to run for long periods of time or sell what cannot be used.

The employees said that importing spare parts of the recently produced models of Shahin, Doggan, Nassr 128, and Regata would help the company return to the market and revive its service centres. The second proposal was producing an entirely new brand of car.