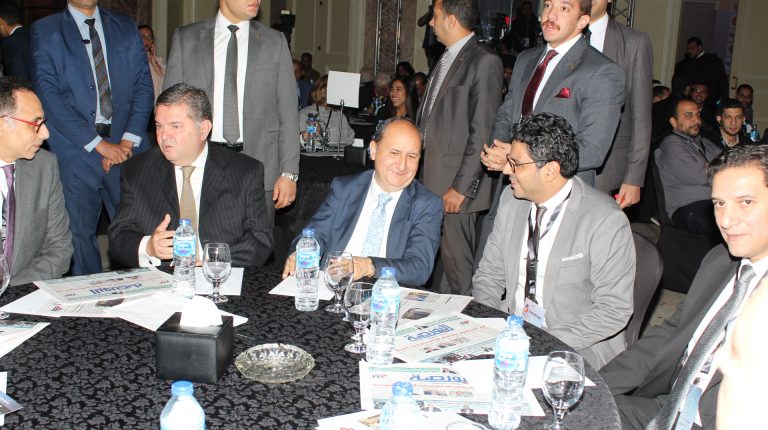 The Minister of Trade and Industry Amr Nassar, and the Minister of the Public Business Enterprise Hisham Tawfik, opened the fifth annual summit for the automotive industry ‘Egypt Automotive’, held under the sponsorship of Prime Minister Moustafa Madbouly.

This year, the conference is held under the name ‘New Path for the Automotive Sector’. It looked at the government’s plan to deal with the automotive industry’s development, and the chances of bringing in electric cars into Egypt.

The conference started with an opening speech by Mohamed Aboul Fotouh, the CEO of Egypt Automotive, where he presented the results of the conference’s previous sessions, as well as the updates.

Aboul Fotouh said that this year, Egypt Automotive comes in conjunction with the passing of five years since the conference has started, becoming a platform to look at the industry’s issues.

“It is a good omen that the conference starts this year in the presence of the automotive industry’s workers, and the founder of the conference, the minister of trade, on behalf of Prime Minister Moustafa Madbouly,” he added.

“The market needs a long-term policy, many investments, and a lot of effort, and we must all work to achieve that,” he noted.

He explained that the automotive market has achieved growth rates of over 35% last year. He said that the changes taking place in the market at the moment strengthen it, and help achieve the target growth rates.

“In Shell, we are working on two aspects. The first is offering new products to consumers, to lessen consumption and fuel emission, which requires certain kinds of oils. While the second aspect, is the electric cars’ sector. Throughout Shell’s experience and its acquisitions, which took place over the past couple of years, we are cooperating with the government in many ways, and we will play an effective role,” he said.

Furthermore, he also added that being at the forefront of the Egyptian market requires work on more than just one aspect, and trying to create products that strongly compete against other ones.

“For two years, we have not been optimistic. Now, the situation is different, and we believe we are still able to improve the way we see the industry, and the ability to develop,” he stated.

Khaled Nosseir, the honorary head of the fifth session of Egypt Automotive, said that the current session is different from previous ones, as the sector has been witnessing major changes. He added that the changes include activating the European partnership agreement to expand the use of electric cars.

Mustafa Hussein, chairperson of Automotive Marketing Information Council (AMIC), has reviewed the local car market’s indicators, the annual sales, as well as growth opportunities. He said that AMIC is the only source of information on the Egyptian car market, adding that he hopes to see other entities providing such information, such as the Egyptian Customs Authority.

Hussein expected the sales of cars to reach 180,000 by the end of this year, a growth of 33%. He added that local production this year is much better than previous years, with hopes for further increases.

He expected the sales of cars this year, to reach EGP 47bn, compared to EGP 35bn last year. A large portion of those sales goes to the customs and tax authorities, representing a revenue of over 50% of the income from the Suez Canal.

He explained that European cars represent about 19% of the local market, and European cars with Asian brands represent 33% of the volume of the market. While the trucks market increased by 36% in 2018.

“About 90% of the sector of trucks is locally produced, and we are targeting a higher percentage in passenger cars, as is the case with trucks,” he clarified.

He pointed out to the importance of the car market in Egypt to the national income, through customs and taxes, in addition to other industries such as after sale services and advertising.

He demanded that the government provide incentives to manufacturers, to maximise the sales over the upcoming period, and to improve the market’s situation, especially that electric cars can enter the market without custom fees, as is the case for European cars starting from early 2019. It is also important to maintain the competitiveness of other companies.

Topics: Amr Nassar Egypt Automotive Hisham Tawfik the Minister of the Public Business Enterprise The Minister of Trade and Industry