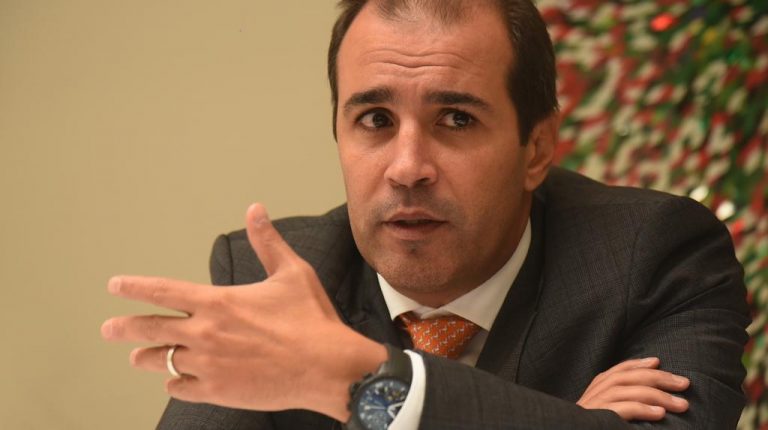 Citibank’s Country Officer, Mohamed Abdel Kader, said that the Central Bank of Egypt’s (CBE) decision to remove the mechanism of foreign investors’ funds repatriation, came at a time when Egypt’s economic situation was improving, and foreign currency’s resources were increasing in a way that allowed the market to return to  normal status, without the need for the presence of the CBE as a guarantor to the foreign investor.

Through this decision, as Abdel Kader analyses, the CBE aims to send a clear message: the market is currently capable of completely recovering its activity, and relying on interbank again.

Abdel Kader believes that this decision is positive on the long run, and a source of confidence in the economic reforms, carried out by the Egyptian government over recent years.

“It is a clear message to foreign investors that indicate that the Egyptian market is a free market, capable of providing the needs of investors, at the time of entry and exit from the market,” he added.

Abdel Kader, whose bank manages about 60% of the investments of foreigners in government securities in Egypt, explains that the CBE paved the way for this decision during the past year, when it raised the fees for using this mechanism for foreign investors.

He noted that the decision comes in a normal context, after the reform measures taken by the CBE to liberalise the exchange rate.

The mechanism for transferring foreign investors’ funds has always been present in the Egyptian market, according to Abdel Kader, but it was not implemented between 2006 and 2011. “The market was entirely dependent on interbank, as there were large inflows of foreign investments in government debt instruments in that period. The interbank system proved effective then, and the Egyptian pound was appreciating,” he explained.

“But with the Arab Spring, the exit of investments from the Egyptian market, and the loss of confidence in it, at that time, the mechanism was activated to reassure investors they can recover their money when leaving the market, as the CBE served as a guarantor.”  Hence, he added, the decision of the CBE to activate the mechanism to repatriate funds aimed to stimulate investments in Egyptian securities, when investment was lacking.

Abdel Kader further explained, “The market is ready for such a decision and to rely on  interbank  again. During 2017, over 90% of the inflow used the mecanism while in 2017 almost 40% of the flows happened through the Egyptian interbank.”, noting that with the liberalisation of the exchange rate, and the elimination of the black market, the interbank grew more reliable again.

He stressed, “Investors do not come to a market with duel foreign exchange, but with the resumption of foreign exchange resources, such as tourism and remittances, the inflow of hard cash was rising, and foreign investors started becoming increasingly dependent on interbank.”

The Egyptian market witnessed the exit of nearly $10bn, during the EM crisis, which accounted for 50% of the total investments in T-Bills. According to Abdel Kader, this means that the market has potential to see fresh flows next year in case EM impove and those will be rooted to the interbank market.

Via this decision, Abdel Kader explains, foreign investors are dealing in a free market which entirely depends  on supply and demand, hence reflecting the Egyptian market’s full transparency.

Abdel Kader said that not applying the decision retroactively reassured investors. “The CBE did not want to shock investors. Foreign investors also asked all the questions they had, and the CBE answered to assure them,” he noted.

With the existence of a free market, Citibank may benefit from directly dealing with investors, without the presence of the CBE as a third partner, in addition to stimulating competition between banks in favour of investors.

With the impovement of the balance of payment and the current account on the back of strong tourism flows and remittances, the interbank is expected to serve the flows of the investors.

“It is necessary to have the real economic foreign ressources sustainable and have foreign direct investment to keep the interbank market strong” he stressed.

On the impact of that decision on the exchange rate, Abdel Kader said it will have no impact as there are real resources of hard cash.

“However, it could create some limited volatility. In fact, if it was not for the EM crisis, the decision would have had a positive impact on the exchange rate,” he explained.

The decision of the CBE became effective on Wednesday—one week after the decision was issued last week. The CBE noted that funds entering the mechanism until Tuesday will not be affected.