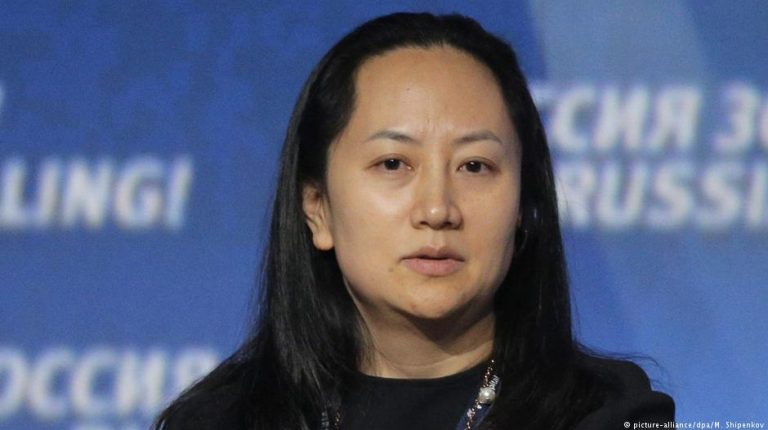 Meng Wanzhou, the daughter of Huawei’s founder, was arrested in Vancouver for possible extradition to the United States. The Chinese tech firm is being investigated for suspected violations of US sanctions on Iran.The chief financial officer of China's Huawei Technologies, Meng Wanzhou, was arrested in Vancouver on December 1 and faces extradition to the United States, Canada's Department of Justice said on Wednesday.

Meng's arrest is related to alleged violations of US sanctions, according to Reuters news agency. A bail hearing for her extradition is set for Friday.

Huawei issued a statement saying Meng, also the company's deputy chairman and the daughter of company founder Ren Zhengfei was detained while changing flights in Canada to face "unspecified charges" in New York. The tech company said it complies with all laws and rules where it operates.

The company also said it was "not aware of any wrongdoing" by Meng.

The Wall Street Journal reported in April that American authorities are investigating whether the Chinese tech company violated sanctions on Iran.

The Chinese Embassy in Ottawa called for Meng's release.

"The Chinese side has lodged stern representations with the US and Canadian side, and urged them to immediately correct the wrongdoing and restore the personal freedom of Ms. Meng Wanzhou," The Chinese Embassy said in a statement.

The statement added the embassy would "take all measures to resolutely protect the legitimate rights and interests of Chinese citizens."

Huawei is one of the world's largest telecommunications equipment and service providers. It surpassed Apple in smartphone sales in the second quarter of this year, leaving it behind only market leader Samsung.

US national security officials have said Huawei poses a security risk due to its alleged close links to the Chinese government. The company's US business has been tightly constrained amid fears that its cellphones, widely used in other countries, could provide Beijing avenues for espionage.