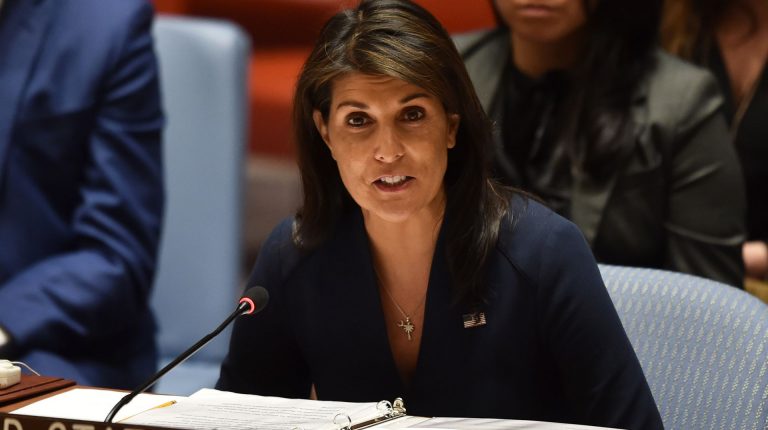 The UN’s general assembly rejected a draft resolution by the US, condemning the Palestinian Hamas movement, for firing rockets at Israel.

This came after the resolution did not receive the votes of the two-thirds majority, as required.

The draft received votes from 87 countries in favour of it, while 58 were against it, 32 countries abstained, and 16 others did not vote.

It was the first proposed resolution condemning Hamas to be presented to the 193-nation assembly, which has been meeting since 1946.

Hamas praised the outcome of the vote, describing it as a ‘slap’to President Donald Trump’s administration.

Israeli Prime Minister Benjamin Netanyahu commented on the failure of the draft saying that, although it did not receive the support of two-thirds of countries, it was the first time to see “wide support among nations” standing against Hamas.

He also hailed the majority which voted in favour of the draft, the American administration, and US ambassador to the UN, Nikki Haley for it.

On the other hand, the Palestinian presidency welcomed the failure of the US draft resolution in an official statement, and thanked the countries that voted against the decision, saying it was an attempt to condemn the “Palestinian national resistance”.

Haley, who will step down from her post at the end of the year, has repeatedly accused the UN of having an anti-Israel bias.