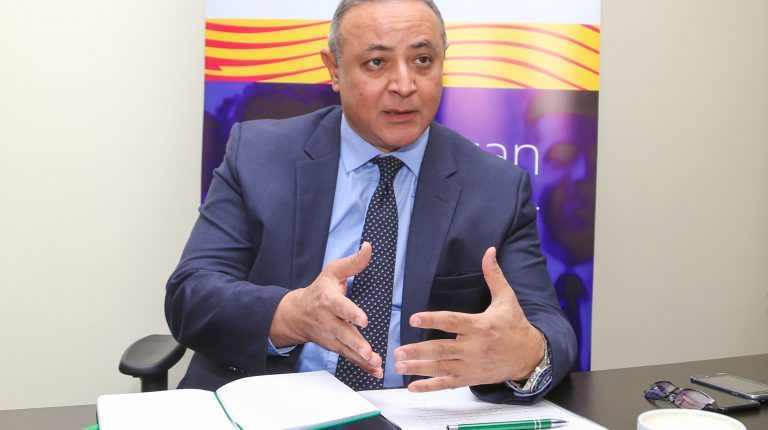 Large corporations will participate in their own capacities in the Intra African Trade Fair (IATF) in addition to countries which support small and medium-sized enterprises (SMEs), as over 40 pavilions representing more than 40 countries will be in the fair.

The African Export-Import Bank (Afreximbank) is organising the inaugural Intra-African Trade Fair (IATF 2018) which is being held in Cairo from 11 to 17 December.

The IATF is hosted by Egypt, through the Export Development Authority (EDA), and organised in collaboration with the African Union and several other partners.

Furthermore, the IATF 2018 is the first of its kind in Africa, consisting of a 7-day trade fair which provides a platform to share trade, investment, and market information, thereby enabling buyers and sellers, investors and countries to meet, as well as to discuss and conclude business deals.

Moreover, the IATF 2018 will provide an arena for the exchange of information on markets, dialogue, and meetings among businesses. It will also provide traders with opportunities to conclude deals and access information about investment opportunities.

Daily News Egypt sat down with heads from Afreximbank, Amr Kamel, executive vice-president (Business Development & Corporate Banking) and Kanayo Awani, managing director (Intra-African Trade Initiative) to discuss the launch of the ITAF and its sustainable plan for Africa transformation, the transcript for which is below, lightly edited for clarity:

What is the value of funds allocated to Egypt in 2018?

Does the Afreximbank plan to provide new loans to Central Bank of Egypt (CBE) to support foreign reserves?

Kamel: The CBE is a very important partner to us and we cooperate in various sectors together. I do not think that the CBE will demand new funds in the coming period but we collaborate with it in other fields such as facilitating trade in light of our programmes.

What is the size of the funds to be allocated by the bank for Egypt in the coming year?

Kamel: we are studying financing some sectors in excess of $1bn in oil, energy and banks.

What is the size of intra African trade?

Awani: Our expenditures in Africa are about $10bn in diverse sectors to support the private sector, trade and industrialisation in the continent. We are working on a 5-year strategy from 2017-2022 which is called ‘Africa transformed’ as we focus on developing industry and agriculture and transforming Africa.

What are your efforts in promoting sustainable development in the entire continent?

Kamel: As I mentioned obviously, we are a development bank, so all our transactions have to have a developmental angle, as it is a part of what we do in our credit assessment. Consequently, our strategy has several key pillars we rely upon, namely, intra-African trade promotion, industrialisation, development manufacturing, and trade finance leadership and so on.

We have sectors which we think we will a have maximum impact in terms of promoting trade. For example, we try to discover in each country we finance what their comparative advantage is and which sector needs financing and we urge them to manufacture. One of the important things we do is develop industrial parks in Africa, where we look at what these countries have in terms of comparative advantage in manufacturing.

What are efforts were exerted by the bank to facilitate electronic payment of trade transactions?

Awani: the bank is working on the payment and settlements platform. We have exerted efforts to enable payments across Africa, not only in goods, but also in services. We provide a payment gateway to settle issues related to foreign currency. It is not helping African countries to trade with each other but we also deal with issues related to informal trade as we do not say that intra-African trade is low, but about 16-17% is formal trade as statistics reveal, which is considered low. The payments and settlements platform has a special feature, which is that countries can buy and sell in local currency to solve problems in intra-African trade. In the IATF we are going to launch online payment but also by the next year it should have been launched.

What are the most promising sectors in Africa to invest in?

Kamel: Africa has many natural resources. The idea is to try to transform these natural resources rather than exporting them. For example, Africa is the biggest cacao supplier to the world, but, unfortunately, it only receives about 5-10% of the value chain of the cacao industry. Therefore, we work on several initiatives to ensure that instead of exporting cacao, Africa transforms and manufactures it and produces chocolate.

What is the value of financial increase to Africa in the coming year?

Kamel: For our current strategy for 2020-2021, we hope to have a balance sheet of $17bn, however at this current time currently it is around $12bn. We do anticipate to reach that growth level and we have been growing at an average of 15% every year.

Do you plan to finance new sectors in Egypt and Africa?

Kamel: We are very innovative as innovation is finding what is most in need for funds and thus we found that one of funds which is missing is equity investments, therefore, the bank has set up an Investment Holding company (FUNFED) under its Equity Investment.

In addition, we also discovered some problems related to project preparation as some projects were not properly launched nor properly prepared so for that we have approved a programme called ‘Project Preparation Facility.’ It will primarily ensure that projects do thus type of initial work and then review it with bank’s situation. We continue to make different projects  and different areas according to scope. Project Preparation Facility was launched in March.

Regarding FUNFED it was approved by the bank’s board and we think it will be launched in the first quarter of 2019.

How many Afreximbank’s member states are there?

Kamel: There is a great demand by the African countries to become bank members. Furthermore, in the last two years, about 13 countries joined the bank and we have reached 50 member states. Moreover, we are in negotiations with Algeria, Libya, Somalia and Eswatini, known previously as Swaziland.

What is the value of the bank’s capital?

What is the value of the credit lines provided to Egypt by the bank?

Kamel: We provided Egypt with more than $11bn credit lines’ value since the bank’s establishment. However, in the last three years only, the bank has provided $10.3bn. Moreover, approximately $2.750bn were provided to Egypt in 2018.

What is the size of fund to be allocated for banks to support SMEs and trade development?

Kamel: We discussed with some Egyptian banks to finance in support of SMES and trade development, and we will allocate about$200m-$300m for banks in the coming year.

Moreover, we agreed with some big Egyptian companies from the private sector that have the ability to enter African markets and play a role in supporting and encouraging investment in Africa such as El Sewedy Electric, Arab Contactors, and Orascom Telecom Media and Technology Holding (OTMT).

In view of Egypt’s reform programme, does the bank plan to provide more funds to the Egyptian government to support it?

Kamel: We have a great and continuous cooperation with the CBE, and we are ready to cooperate with the CBE in sectors that need to be financed. In addition, the bank sometimes provides the CBE with advice on some non-financial topics.

Are there any outstanding loans to the CBE? Are new loans being negotiated?

Kamel: the CBE has paid the value of all loans and there are no current negotiations on loans.

What is the idea behind the launch of  the IATF?

Awani: in light of our strategy for 2021 ‘Transforming Africa’, we are working on promoting intra-African trade. What’s more, we want to increase intra-African trade for it to become more than its current percentage, which is about 15-17%, meaning that about 85% comes from the rest of the world. Therefore, we want to give special attention to industrialisation because  substantial African commodities come from outside Africa. If we industrialise we will sell more among each other because all commodities are produced from natural resources.

Over and above, we work as much as possible to deal with intra-African challenges. We realised that limited information about Africans is one of the main challenges which hinder trade especially regarding information related to what they purchase and which markets sell.

For example, Egyptians do not understand African markets, so what we want to do is to shape the market, which is why we are supporting the launch of the African market. Nevertheless, we need to deal with limited information concerning the market, which is the first reason behind holding the IATF. The second reason related to bringing together buyers and sellers of goods and services is to showcase African investment opportunities.

How many countries participating in the IATF?

Awani: A large number of corporations will participate in their own capacities and also countries which support SMEs. We have over 40 pavilions representing more than 40 countries.

What are your expectations after ending the fair?

During the IATF, b2b meetings and trade deals are supposed to be signed. What is your role in financing these businesses and the type of finance?

How many agreements will be signed during the fair?

Awani: Over 30 agreements will be signed throughout the fair.

The small, but surprising secret to Germany's economic success