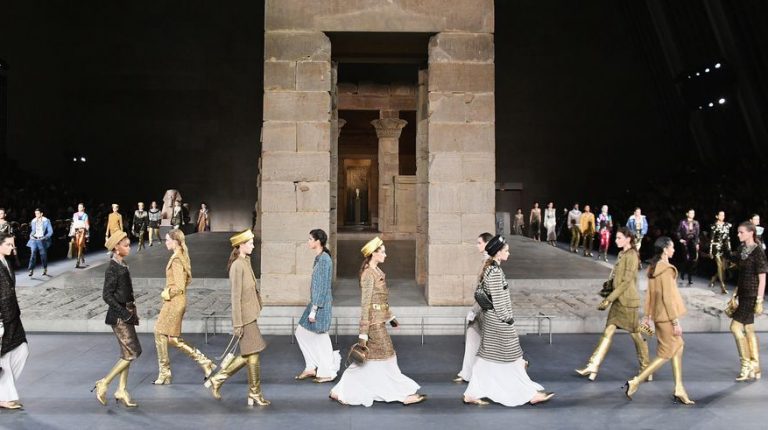 After over a decade away from the big apple, Chanel made its grand come back in time for the annual Métiers d’Art show, which aims to honour the craftsmanship of the specialist workshops Chanel has acquired over the years. The city has always been referred to by Coco as a place where nothing is impossible, including resurrecting the Pharaohs. 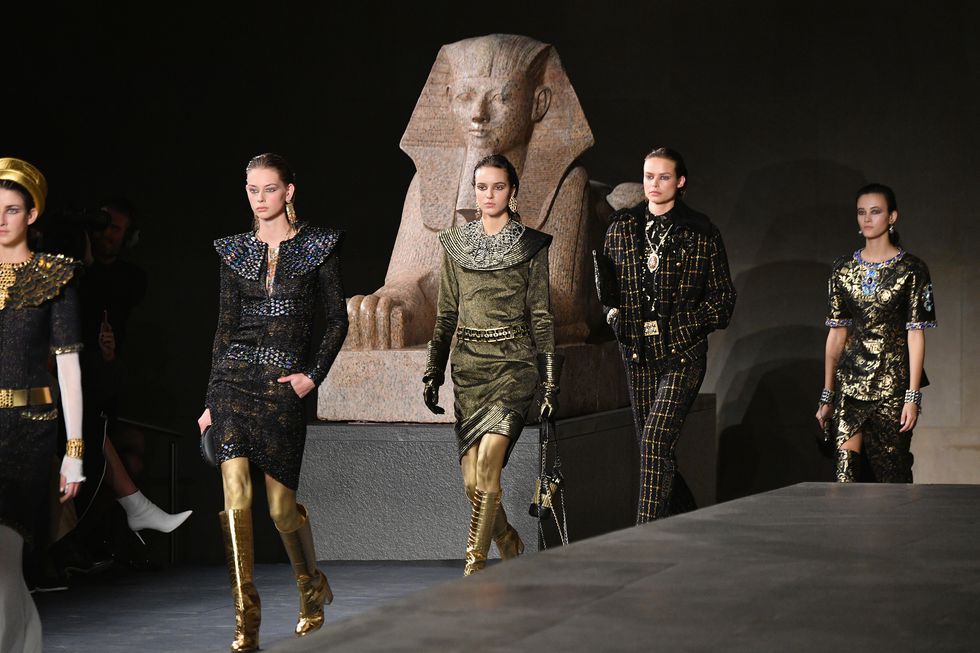 Located at the heart of the Metropolitan Museum, the show was a gold-painted tribute to the ancient-Egyptian civilisation. Almost 1,000 guests were led to the Egyptian room, where the models walked around the monuments of Temple of Dendur, which dates back to 10 BC.

Naturally, the collection’s colour pallet embraced the warm hues of the desert, including gold and sandstone. Meanwhile, there was a notable number of long white chiffon gowns which were styled with oversized jackets and miniskirts. As for the accessories, the runway witnessed a number of gold-leather hats as well as miniature pyramids for clutches. On the other hand, gold leather boots in crocodile patterns accentuated the contemporary collection. 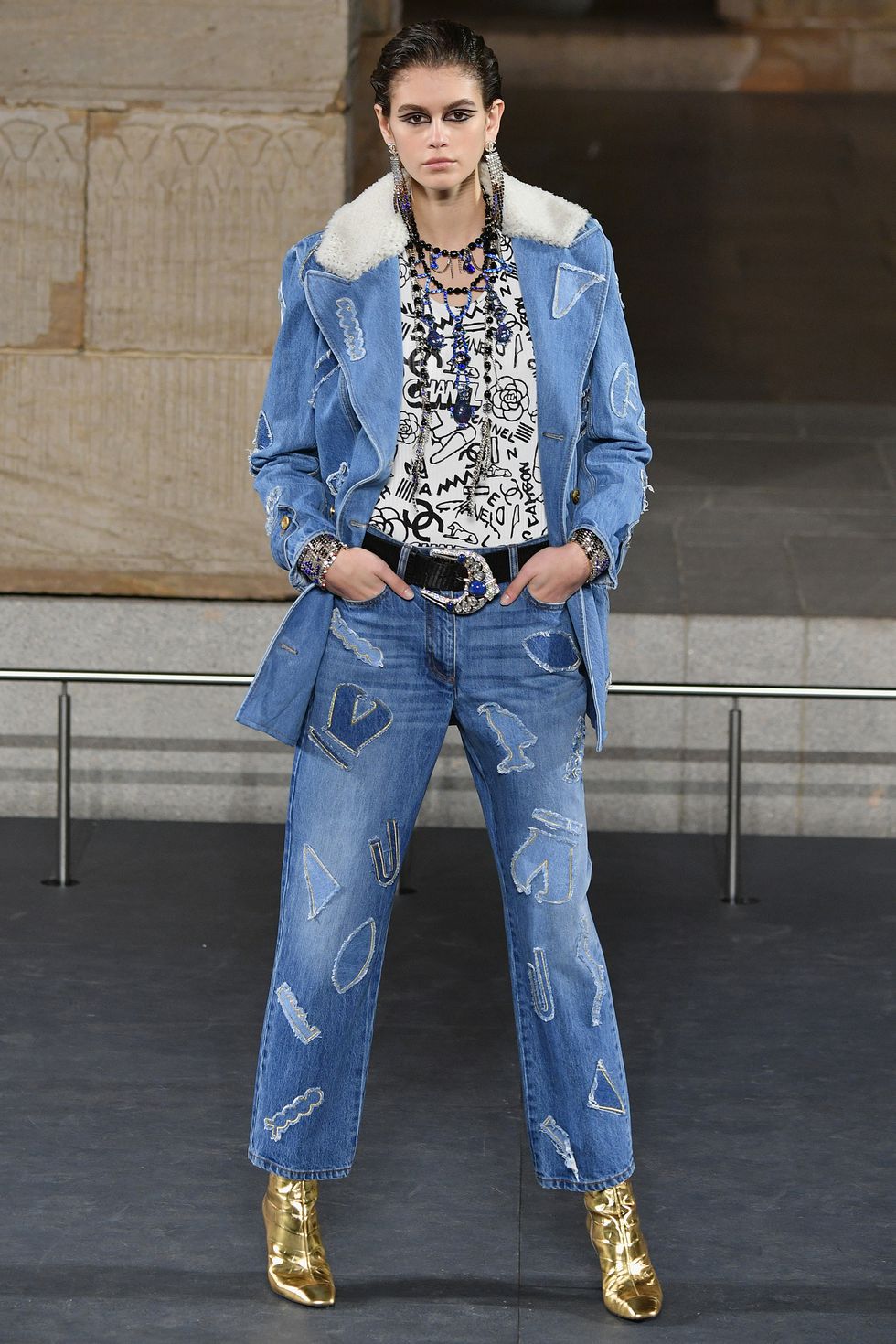 According to Chanel’s global creative makeup and colour director, Lucia Pica – the beauty features aimed to present a modern take on such a timeless source of inspiration. Twenty models were spray painted ahead of the show based on an order by Karl Lagerfeld, Chanel’s creative director. On the runway, the dramatic makeup technique appeared to be an illuminating layer of second skin.

Meanwhile, Pica chose to focus on Lagerfeld’s plan to add a futuristic spin to the theme. The expert veered away from the expected Cleopatra makeup look and focused instead on negative-space, creating freehand eyeliner design in black, white, inky blue, and gold. Furthermore, Pica delivered fresh and glowing skin.

Many of the brand’s famous ambassadors occupied the front row, including singer Pharrell Williams, who embodied a contemporary King Tut. Dressed in gold leather trousers and a long-knit sweater, embellished with a rainbow of stones – Williams was anything but subtle; accordingly, his pictures were one of the most viral scenes of the show.