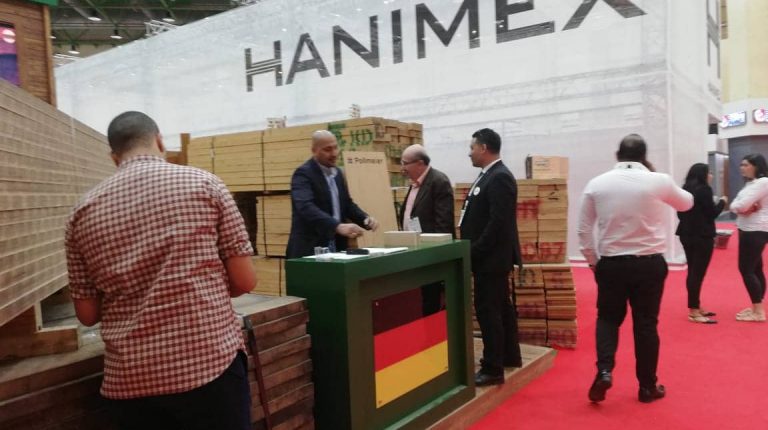 The Strategic Marketing and Exhibitions company has concluded the fourth edition of the Cairo WoodShow platform under the patronage of the ministry of trade and industry from the 30 November of to 3 December with the participation of 175 companies from 24 countries, headed by China, Turkey, the US, Spain, Italy, and Germany.

The WoodShow has achieved EGP 1bn in sales and deals during the exhibit’s period, according to Walid Farghal director general of Strategic Marketing and Exhibitions company.

Daily News Egypt interviewed Farghal to discuss the show and its achieved deals, the transcript for which is below, lightly edited for clarity:

First, tell us more about WoodShow:

We inaugurated the first edition of the show in 2005, as it is the fourth in the world. We launched the first edition in Egypt in 2011, and the second was in 2012, then we stopped due to the political and economic circumstances at that time. Nevertheless, we resumed in 2017 with the participation of 150 local and international exhibitors and 8,295 visitors, and currently we have concluded the fourth edition which took place from 30 November to 3 December. However, the first edition was very successful as it exceeded our expectations. Cairo is the biggest furniture manufacturing market and the fair was very successful.

How many companies exhibited in the WoodShow?

We have 175 companies out of 27 Egyptian manufacturers. The exhibitors are from 24 countries, headed by China, Turkey, the US, Spain, Italy, and Germany.

In addition, leading Egyptian companies in all production inputs of wood and furniture industry such as Good Wood, ARO Art, Abu Khaled Wood Trade, and other Egyptian agencies participated in the exhibition.

What is the target behind holding the WoodShow?

The show aims to allow exhibitors to present their latest technology in the wood industry and enables Egyptian final products to compete in international markets.

Furthermore, the competition between Egyptian and companies from other nationalities encourages the Egyptian product to enhance its quality.

What are the show’s achieved deals and sales?

How many WoodShow’s visitors were there?

The number of visitors reached 9,300.

How do you view the Egyptian wood and furniture industry?

Above all however, the Egyptian government launched several initiatives aiming to transform Egypt into a strategic hub for wood trading in Africa with reduced customs, tariffs, and corporate taxes.

Do Egyptian companies have a big share in the export market?

Egyptian companies do not have a big share of the export market because Egypt’s wood imports are not small as Egypt imports wooden raw material at a value of EGP 1.4bn from 10 African markets.

Did the WoodShow witness an increase in demand compared to last year?

However, last year achieved remarkable success as 40 exhibitors acquired some deals with Egyptian ones. In addition, some of them launched businesses in Egypt whether through establishing their own factories or through joint ventures.

What are the countries that the show focuses on?

What is the African country the WoodShow will be held in?

We held WoodShow in Gabon in June and it will be held next year in June in the same country.

What are the potential markets to import Egyptian wood?

The best promising markets for importing Egyptian wood products are the US, European and African markets, as well as, North Africa, such as Morocco.

Moreover, we aim to strongly enter the African market in order to encourage Egypt’s exports of wood products because Africa does not have a wood industry.

What is the role of the IMC in the WoodShow?

The IMC is our strategic partner and it plays an important role in business-to-business meetings between companies to support Egyptian manufacturers in promoting their products for export.