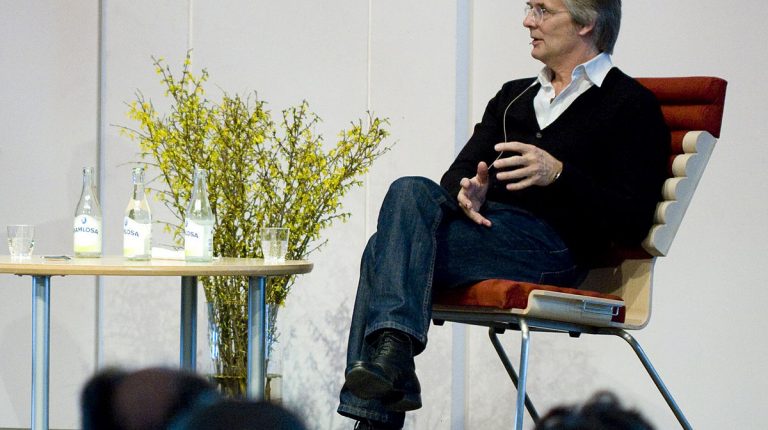 Bille August, the famous Danish director, and an Academy Award and two Palme d’Ors winner, was present for a one-hour talk on his career, films, and the cinema industry, at of the masterclasses held during the Cairo International Film Festival (CIFF).

The talk, moderated by Lebanese film critic Mohammed Rouda, was preceded by the screening of some scenes from August’s films.

Among the numerous interesting, and equally important topics raised by the director, was his cinematic interest in portraying nature, which, as he explained, was part of his environment, and influenced him a lot. “I think it is also a part of the Nordic culture, so you may notice the same interest in other Nordic directors’ films too,” he added.

With an audience eager to hear, August was asked about his definition of a film director, and about his career shift, from a cinematographer to a director.

“A film director is a storyteller who uses images,” he answered, “I started as a still photographer, but I was so interested in stories. In fact, I used to write stories since I was a child, and it helped me a lot after my mother died, as my father was very hard to deal with. Stories helped me in this situation.”

August recalled watching Fellini’s ‘La Strada’ (1954) for the first time, “I knew I wanted to be part of this world, so I shifted to cinematography. Then, when I had my first script written, I decided to shift to directing.”

The director continued, “I always wanted to make films about relationships, sometimes I’ve been offered to direct films on other topics, but they did not suit me at all. I have been always drawn to the idea of the complexity of relationships between human beings.”

August was asked about Danish cinema, his own influences, and the general filmmaking environment. He explained that he was influenced by the new wave of directors of the 1960s and the 1970s, such as François Truffaut, Milos Forman, as well as Coppola. “It is about how they tell a story,” August underlined.

When speaking about the filmmaking environment, he emphasised that a film director should be disciplined while working with his crew, otherwise the situation can turn chaotic.

One of the most significant points August expressed, is his optimistic view of Netflix, and how it gives freedom to directors to make non-traditional films.

An audience member asked, how as a film director, he does not fear Netflix, and whether he perceives films screenings on Netflix and in cinemas, as two separate things.

“I prefer a theatrical screening,” August replied, “However, the quality of the small screens is currently good, and sometimes, for instance, when a director creates this magical moment in a film, it will get to the viewer no matter where they watch it.”

On the difference between American and European films, August noted that American films are only concerned with the plot, while European cinema is different in this regard. He added that working in Hollywood was not suitable for him as, “Its environment makes the director lose his integrity. It is very superficial in its storytelling. Filmmaking is not only about money-making,” the director finally noted.