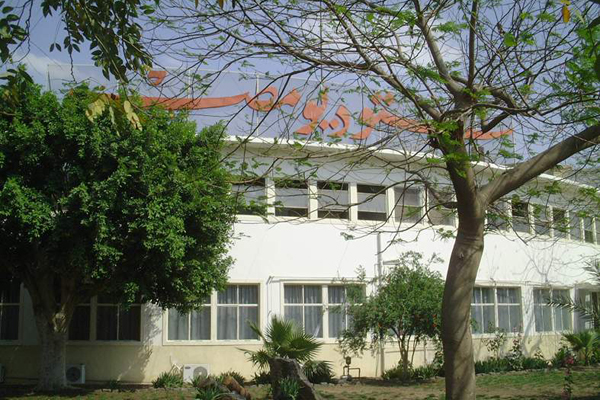 After the screening of the documentary film, Into Studio Masr, during the Cairo International Film Festival, a discussion was held in the presence of Director Mona Assaad, along with her crew, including Editor Reem Farid; the Director of Photography Waheed Nagy; Producer, Karim Gamal Eldin among others.

The screening had a full-house attendance, with the presence of some important filmmaking figures, such as Daoud Abdel Sayed, Yousry Nasrallah, and Marianne Khoury. Following the screening, the audience rushed towards Assaad, congratulating her on the film’s success.

Assaad revealed that it took her 20 years to collect material for her film, although the plan to create a film appeared in the later stages of this process, “When Hatem, one of my colleagues at the studio, and one of the film’s cast, left Egypt,” she explained.

Furthermore, Assaad clarified that at the beginning of the material collection journey in the early 2000s, together with her colleagues from Elixir Artistic Services, who took over the studio from the government, they were just shooting random data. “The only thing back then, was the intention of shooting the studio’s state, before the amendments made by the company crew.” It was only in 2014, that the film’s idea was born.

The audience attending the session raised important questions on the importance of making an archive for Egyptian movies, or a cinematheque, and how the government previously ignored these treasures. Meanwhile, Director Yousry Nasrallah added that the most important element in the film is the naration of their generation’s story, and the struggles they have been through.

Others raised questions as ‘What is to be done afterwards?’, and ‘Then what?’, and the film crew answered by saying that they are still pondering this question, hoping to find a permanent solution to the situation.

On the other hand, the younger generation present in the theatre were fascinated by the historical stories they learned, noting that they were not aware of the facts revealed in the film, and the discussion.

Besides being a finely-made documentary film, Into Studio Masr presents an important part of Egypt’s cinematic history through a visual story. The film is about the studio’s narrative, the films shot in it, the sets created in it, and discusses a considerable part of Egyptian cinema, recounted by one of the studio’s renovators herself. It is a notable documentary for all film fans to watch.

Born in Cairo in 1956, Mona Assaad studied medicine, but entered the world of ﬁlmmaking when she worked as a medical support team which accompanied the film crew, on Youssef Chahine’s Adieu Bonaparte (1984), and Yousry Nasrallah’s Summer Thefts (1987).

Since 1996, she worked as an assistant director on features and documentaries with Egyptian directors, namely Radwan El Kashef, and Yousry Nasrallah. In 2000, she joined Elixir Artistic Services which took over Studio Masr, where she became an executive producer of its documentary productions, including A Deep Long Breath (2012), and Neighbours (2009) by Tahani Rached.

President Morsi called upon to fix the damage