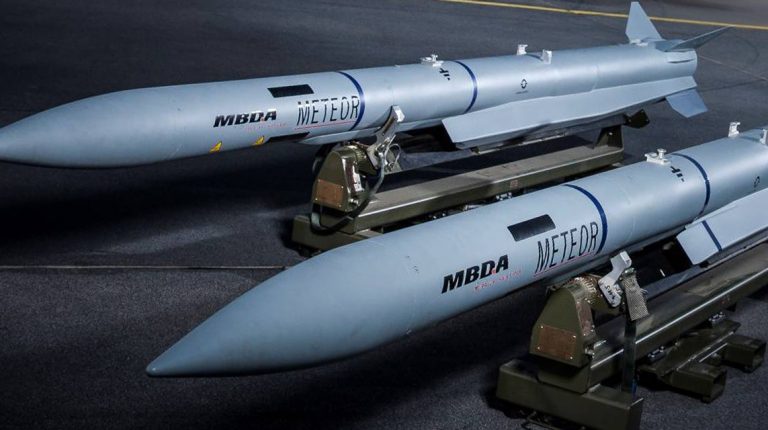 In view of the closing of Egypt’s Defence Expo, EDEX 2018, the first exhibition of its kind, not only in Egypt, which holds a leading position in the purchase of armaments in the region, but also in the entire African content, Daily News Egypt interviewed laurnet Fouche, regional executive export, and sales director for the MBDA, which specialises in designing and producing missiles. The MBDA Company was among the exhibitors in the EDEX, with its own pavilion.

Notably, the EDEX lasted from 3 to 5 December in Cairo, bringing together 373 Egyptian and foreign companies engaged in the manufacture and delivery of modern security and defence technologies and systems from 41 countries.

The interview addressed the company’s expansion plans in Egypt, in addition to its services, and also discussed the Egyptian market, the EDEX, and mentioned the obstacles facing Egypt in manufacturing weapons, underlining how beneficial the EDEX was for the industry, the transcript for which is below, lightly edited for clarity:

What kind of services does the MBDA provide? And how many products does it offer?

Let me first say that the MBDA is a multi-national group with 10,500 employees working together in our branches. It is a joint venture of the three European leaders in aerospace and defence, Airbus with 37.5 %, BAE systems with 37.5%, and Leonardo with 25%.

It’s important also to mention that the MBDA works with over 90 armed forces worldwide.

In terms of the MBDA’s services, it is the only European group capable of designing, developing, and producing missiles and missile systems to meet the whole range of current and future needs of the three armed forces, including air, navy, and land armed forces.

Overall, the group offers a range of 45 products in service and another 15 in development.

How many branches does the company have? Any plans to expand ?in the Middle East, especially in Egypt?

The company has five branches in Europe, based in Spain, Italy, France, the UK and Germany.

Concerning the Middle East, we have only one branch based in Dubai, with offices also set up in the US.

Concerning your question of expanding in Egypt, I think this is something that we can look into, but it depends also on the projects that we will have here in the country and the activities.

Which are the most significant import countries?

It’s difficult to mention certain countries, but I can state that the Middle East is a major importing area for our products.

Can we estimate how much the Middle East represents for your market?

Up to date, the Middle East represents 25% of our market, of our annual.

To further elaborate, the order to take coming from the Middle East represents 25% of all orders that we receive.

Currently, we have 10 factories across Europe, while concerning the Middle East we have only an office.

In terms of expansion in Egypt, I think it depends on customers’ needs in Egypt, but we are thinking of partnering with the Egyptian Ministry of Military Production, so that we can strengthen the relationships between the ministry of defence, armed forces, and the MBDA in some missile local production in the future here in Egypt, hence we will start discussions to help the Egyptian side to integrate our products into vehicles for example.

In addition, we will help them to establish an Egyptian system by transferring knowledge and technology, which will subsequently increase autonomy in production in Egypt.

Do you have any negotiations in that subject with the ministry of military production?

No, we are now just at the beginning of studying the partnership and will try to meet the expectations of the ministry of defence, as we understand well that it is an important need for the country.

How do you evaluate the Egyptian market currently?

I think Egypt is taking good steps, including the Egypt Defence Expo, EDEX 2018, which is the first event of this type in Egypt.

Let’s talk about EDEX in depth, including your experience with it, how was it?

I think it was a successful event as the companies that were present in the EDEX were very important companies, and subsequently the level of attendees was very important.

Notably, there is a demand in the region to know the latest technology of the defence industry.

I think the EDEX was extremely good, extremely professional, and the organisation was perfect, and it met our expectation, all the way from the top to the lower ranking officer in MBDA.

In your opinion, how was this event beneficial?

For our own side as a company, the event was very beneficial, to be there, to meet all the levels of highly-ranked officers will contribute towards strengthening our relationship.

To elaborate more, this event was important to strengthen and link relationships between the companies and the ministry of defence, and this kind of event is well spread out across the world, so it was very important for the MBDA to be present here in Egypt.

What are the obstacles that Egypt faces in manufacturing weapons?

The competence and manpower to be part of the sector, hence it needs help from all the different sectors to bring in and transform in knowledge and technology, then after that I think Egypt will face no obstacles to be able to manufacture.

Does the cooperation between Egypt and France in Rafale aircrafts, lead towards increasing orders to take of your missiles?

We have a long experience, and history of relationships between the MBDA and the Egyptian forces, especially the air forces, because in the past, we used to also equip aircrafts and helicopters from air forces to air forces with our missiles.

Thus, the new technology arriving with Rafale, are also equipped with our missiles, so we were part of the deal.

What are the obstacles that you face as a company in this sector?

I don’t see any obstacle to be mentioned.

You don’t face any difficulty in marketing your products?

No, as we are following the international standards to export our products, this is dealt with according to the level of the relationships between the government of the five countries of the MDBA and the customers.

What about the MBDA’s last financial results in terms of revenues, orders to take? And what are its targets?

FOR the MBDA we are achieving the target in terms of revenues, sales, and orders to take.

All these last years, we were around the target of about €3bn in revenues, and orders were around €4bn per year.

In terms of the financial results for 2018, it has not yet been consolidated, but I think that we are on the track to achieve our target.