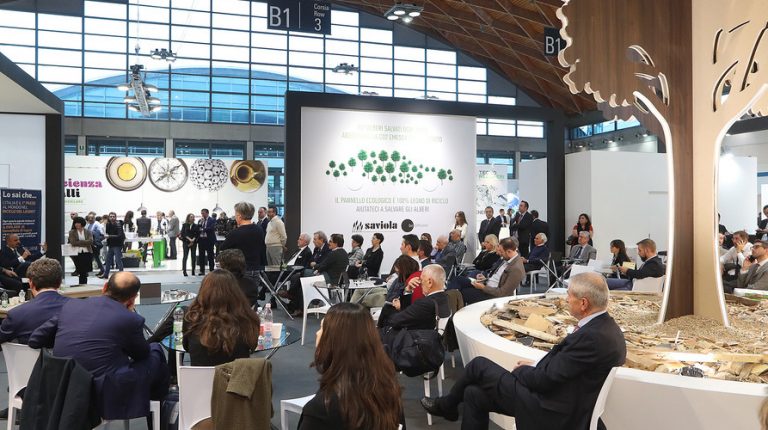 The events of the Egyptian-Italian Business Forum on Water, Energy, Waste, and Mobility have ended. The forum was organised by the Italian embassy in Cairo, in cooperation with Ecomondo,  the leading circular and green economy expo in the Euro-Mediterranean area organized by Italian Exhibition Group , and the Italian Chamber of Commerce in Egypt.

About 200 Egyptian and Italian companies participated, and over 40 bilateral meetings were held during the forum. Forty-one offers were made, and discussions were held in the fields of water, energy, and waste.

Giampaolo Cantini, the Italian ambassador in Egypt, said that paying attention to the topics of water, waste, and transport, as well as offering innovative solutions and expertise emphasises the strength of the relations between Egypt and Italy in all economic fields.

He explained that 61 individuals arrived to Cairo in order to participate in the forum, and communicated with several businesspersons and Egyptian companies. Several bilateral meetings were also held, and Egypt can greatly benefit from the expertise, technology, and solutions of Italian companies.

Furthermore, he said that Egypt is implementing several major national projects, and aims to achieve sustainable development. Italian companies can cooperate with Egyptian institutions to meet the required needs, as well as to exchange expertise.

Alessandra Astolfi, group brand manager at Ecomondo, said that Egypt has several investment opportunities, and can be Ecomondo’s partner next year, as coordination is taking place with Egyptian companies in the field of energy and water. Furthermore she explained that Ecomondo is an international green economy’s large business platform and European reference point for enterprises and institutions in the transition to the only economy offering prospects of development.

Professor Fabio Fava, the technical scientific committee coordinator at Ecomondo, said that there is a daily problem of waste and an increase in CO2 emissions, near each house. Different thinking is needed to reduce waste, and reach the required environmental level.

He explained that 7.5 billion individuals of the population use food and energy from the available raw materials, stressing that Egypt and Italy—at the Mediterranean level—are working on specific aspects in that regard, and partnership in those fields is highly needed.

He added, “In the past three years, the EU and Italy have funded projects worth €40m to protect the Mediterranean from pollution.”

Marco Frigido, general manager at Frienergy, said that he signed a contract with an Egyptian company to study the Egyptian market, and work on increasing the local products. It is necessary, according to Frigido, to note that the cost of establishing solar energy projects in Egypt and the Middle East, is not aligned with the revenue generated from them. Solar energy in the world costs €50-€60 per hour, while in the Middle East it is about €8 per hour.

Moreover, he stated that the obstacles facing the projects include the high cost of funding the local currency. The Egyptian state added many contractual systems for establishing projects to generate electricity from solar energy, including the feed-in tariff, the independent product, and net measurements.

Ghada Darwish, the director of Energia, said that companies implement solar energy plants in Egypt within the feed-in tariff by 115MW, and investments worth of $177m, in cooperation with the Egyptian Gila company, and the Iraqi group Al Bilal. It plans to expand its investments in the field of renewable energy, in the Egyptian market next year.

She explained that the company’s sales volume in the sectors of renewable energy, real estate development, and food industries is €1bn annually. The company has a long-term plan to invest in the Middle East and Africa, and to implement new projects to generate electricity from renewable sources.

Darwish revealed the intention of Sebigas, a company affiliated to Energia and specialised in waste management, to invest in the field of energy, however, the prices announced by the government to purchase the produced energy are low, compared to the investments required to be allocated for implementation.

David Colombo, project manager at EMIT Group, said that his company implements projects for pollution control, as well as water and sewage treatment. The company is currently handling projects in Egypt, including a drinking water station, costing €10m. The station will be completed by next year.

He said that the company implemented its largest project in Syria, including a water station with a capacity of 12,000 cubic metres, in addition to a water treatment station in China, as well as India. The company has many other projects currently being negotiated in Ukraine, Turkey, and Egypt.

Edward Shawky, CEO of Baramos Trading, said that his company is working as a consultant in the maintenance of drinking water, sewage lines, and waterways in all the country’s governorates. It is cooperating with local bodies and the ministries of irrigation and agriculture to supply equipment. The value of equipment supplied is EGP 40m.

He pointed out that he is looking into cooperating with Italian companies to obtain modern technology that reduces the cost of maintenance, and to establish a sustainable system.

“We are working with Dutch companies, and we have assembled the equipment used in sewage. The percentage of local components is 60%. The company is cooperating with military factories to manufacture the needed equipment for sewage,” he further noted.

Michele Magioncalda, from Fisia Italimpianti, said that the volume of business implemented by the company in the field of water networks and sewage treatment is €6bn. The company has recently started specialising in establishing large companies for water desalination by using modern technology. In Oman, the company has managed to implement a network with a capacity of 150,000 cubic metres per day.

He said that another network was established in Turkey, and there are currently negotiations to establish another network. The company’s attention over the upcoming period will be dedicated towards utilising renewable sources.

Michael Hanna, waste management manager at Reliance Egypt, said that his company is working to collect wastes of all kinds, in two stations in Ismailia and Port Said. The wastes are then categorised in order to produce plastic, carton, metals, organic fertilisers, and alternative fuels. The amount the company obtains every day is 900 tonnes.

Hanna explained that the company gets waste from the areas of 10th of Ramadan City, Belbeis, and other areas in the Delta. The company’s investments in Egypt are worth EGP 100m, and there are plans to increase this amount.

He noted that the company sells its products to all cement factories, including Titan, Suez, and Amerya. It exports quartz to several countries, including Spain and Brazil.

He said that some of the most prominent challenges facing the company, when it comes to investing in the recycling waste sector, are the low quantities provided by the governorates, and not adhering to the amounts agreed upon, as well as the factories refraining from using a large percentage of their consumption through alternative fuel. Additionally, it is important to pass a law for waste to open the field for companies to invest in Egypt.

“We are looking into investing in the field of waste-to-energy production, but the tariff is still low and useless. After the law and tariff are passed, the company will inject investments in the field,” he finally added.

Galal Osman, the energy expert, said that the forum is a great chance to discuss cooperation with Italian companies, as well as to hold new partnerships in the field of new and renewable energy, explaining that Egypt has solar energy sufficient for lighting the entire world. He declared that new and renewable energy will soon become the main source of energy in many countries, in order to reduce the pollution the environment is facing.

Experts stressed that this kind of energy preserves the environment, and is in line with the international policies followed by all states. “Each kW of renewable energy contributes to providing an amount of fuel equivalent to 215-220 gm of fossil fuels used in power plants,” he finally noted.

Waste-to-energy purchase tariff to be announced in weeks: Environment Minister

IEG, European Commission at Ecomondo from 6 to 9 November