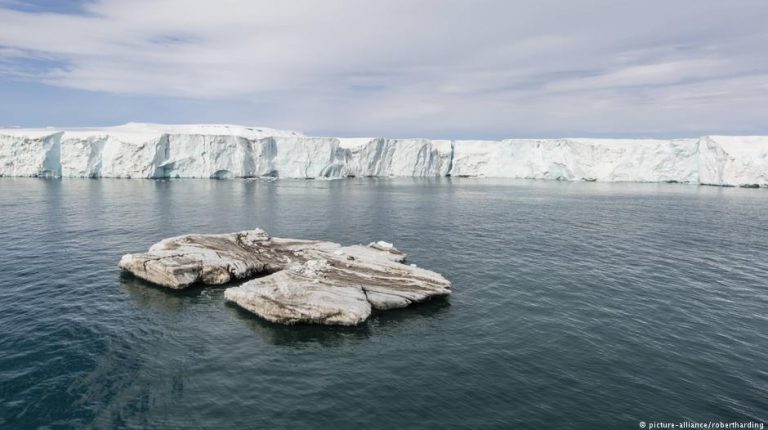 US scientists have warned that higher temperatures in the Arctic could be fueling extreme weather in the US and Europe. The NOAA report said 2018 was the second-warmest year on record in the Arctic since 1900.The warming of the Arctic is occurring at a record pace and having a significant impact across the planet, the US National Oceanic and Atmospheric Administration (NOAA) has revealed in its 2018 Arctic Report Card.

The report was released on Tuesday at the American Geophysical Union's annual conference in Washington, just weeks after another damning climate assessment by US scientists was published.

The NOAA report said Arctic surface air temperatures are increasing at twice the rate as the rest of the world; in the past five years, they have broken all records since 1900.

Most troubling, the Arctic saw the second-lowest overall sea-ice coverage and the lowest recorded winter ice in the Bering Sea.

Older, thick ice kind is also rapidly disappearing across the Arctic. In 2017, old ice made up less than 1 percent of the ice pack and over the past 33 years, very old Arctic ice has declined by 95 percent.

Increased heat in the north is upsetting typical weather patterns worldwide, a trend that "coincides" with severe winter storms in the eastern US and an extreme cold snap in Europe in March, the NOAA explained.

A warmer Arctic has the effect of reducing the north-south temperature difference, which provides the main fuel for the polar jet stream, NOAA said.

In this warming environment, the jet stream has become more unstable. Scientists now see evidence of how a changing jet stream could be causing extreme storms.

The unstable jet stream creates a pattern that "allows warm air to penetrate farther north and cold air to plunge farther south, compared to when the jet is strong and relatively straight," the report said.

Recent examples of these effects include "the heat wave at the North Pole in autumn 2017, a swarm of severe winter storms in the eastern United States in 2018 and the extreme cold outbreak in Europe in March 2018 known as the 'Beast from the East.'"

Disruption of the ecosystem

Warmer Arctic temperatures are also wreaking havoc on the region's ecosystem. Reindeer and caribou populations have been decimated, and harmful algae blooms have moved northward and had a sickening effect on marine life.

Although melting ice has opened up more land for grazing, herds of caribou and wild reindeer across the Arctic tundra have declined by 56 percent over the last two decades, cutting populations from 4.7 million to 2.1 million.

"Considerable concentrations of algal toxins have been found in the tissues of Arctic clams, seals, walrus and whales and other marine organisms," the report said.

Every day, DW's editors send out a selection of the day's hard news and quality feature journalism. Sign up to receive it here.