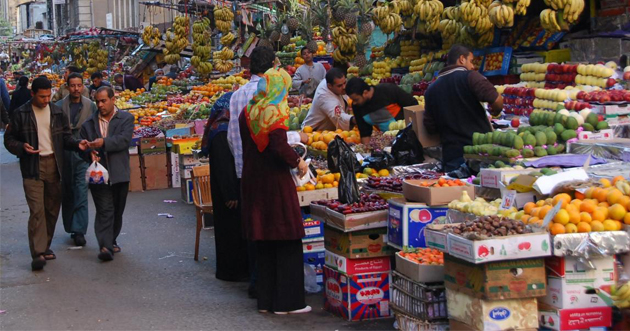 Notably, Egypt’s annual core inflation rate declined to 7.94% in November from 8.86 % in October, exceeding analysts’ expectations, according to a report from the Central Bank of Egypt (CBE).

The inflation does not include commodities like fruits and vegetables due to sharp price fluctuations.

Earlier in the day, the Egyptian Central Agency for Public Mobilisation and Statistics (CAPMAS) said that the annual consumer price inflation in cities fell to 15.7% year-over-year (y-o-y) in November, from 17.7% in October.

Inflation jumped to a record high in July 2017 after Egypt floated its pound currency in November 2016 but has gradually receded since then.

Egyptian inflation dropped back in November 2018 reaching 15.7%, thus the report expected that the consumer prices to continue to fall in the coming months.

Capital Economics assured that the current level of inflation within the target range of the CBE at (13 ± 3%) during 2018.

The report explained that this decline in November inflation was due to the lower rise in the food prices, especially after the big jump that was witnessed in October, as prices of crops such as potatoes rose.

Capital Economics also predicted that the inflation rate would fall further in the coming months as the effects of rising food prices continued to fall.

The report stressed maintaining the view that inflation in Egypt will eventually fall more than expected in the next two years.

Concerning the interest rates, Capital Economics pointed out that its estimates are aimed at keeping them unchanged at 16.75% at the next Monetary Policy Committee of the CBE meeting on 27 December.

“Given that the rise in inflation has been almost entirely due to higher food inflation rather than a broader strengthening of price pressures, we think that the CBE will decide to keep the overnight deposit rate unchanged at 16.75%,” Capital Economics said.

Notably, the CBE left its policy rate unchanged at its last meeting mid-November, keeping overnight deposit and lending rates on hold at 16.75% and 17.75%.

“If our expectations of a fall in inflation in the coming period become true, the CBE is likely to resume monetary easing cycle in early 2019,” the report said.

The report concluded that with most analysts expecting to cut interest rates in Egypt next year by only 50 basis points, Capital Economics estimates that the rate of cuts will reach 550 basis points by 2019.