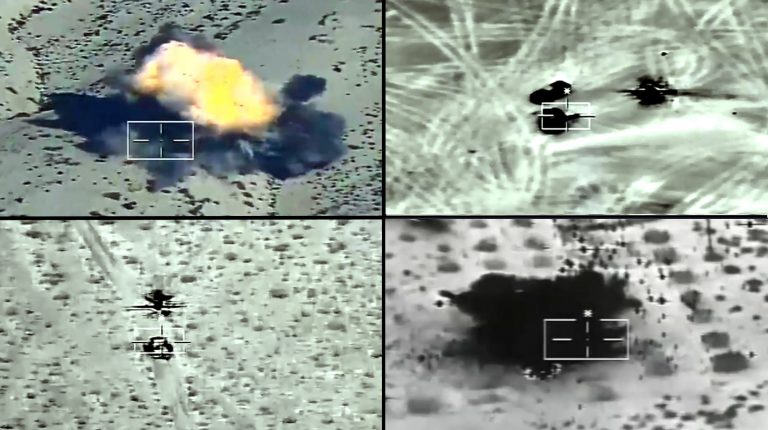 The Egyptian armed forces announced its recent results of the comprehensive military operation ‘Sinai 2018’ on Wednesday. The operation aims to combat terrorism and confront militants in central and north Sinai, the Nile Delta region, and the Western Desert.

In statement No 30, the military said that three  “very dangerous militants” were killed in the Western Desert, adding that another 24 “extremist militants” were also killed in a fire exchange with security forces.

The military added that, “403 criminal elements, suspects, and criminally wanted by the police were arrested.”

Moreover, the air forces managed to target and destroy 61 4×4 vehicles in the southern and western borders,  as well as a 4×4 vehicles hiding in a remote farm, a storage of ammunition, and a vehicle with a group of terrorists in a hideout in the north of Sinai.

The armed forces pointed out that the military’s engineers succeeded in discovering and disarming 344 explosive devices, which were planted to target the security forces on the roads where the operations were carried out.

Meanwhile, the military discovered another 342 terrorist hideouts, where the forces confiscated large amounts of ammunition and explosive devices, motorcycles, and food in north and central Sinai. The statement added that another 27 vehicles and 83 motorcycles, used by terrorists, were also confiscated.

According to the statement, the naval forces are carrying out their planned missions in the Red and the Mediterranean Seas to secure the strategic targets and face challenges and threats.

The army concluded that large amounts of heroin, drugs, and hash were also appropriated, as well as thwarted infiltration attempts of over 2,800 people from different nationalities.

Since October 2014, a state of emergency has been declared in north Sinai. The governorate has been facing several terrorist attacks since 2013, targeting hundreds of security personnel, mostly carried out by the Islamic State terrorist group in Sinai.