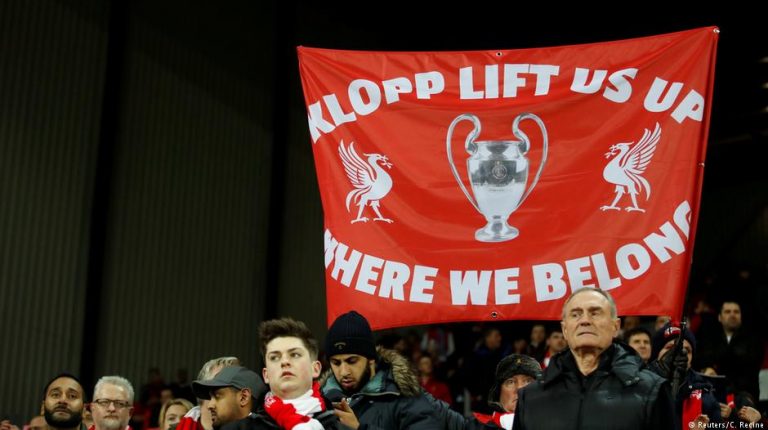 It hasn’t been an easy Champions League season for last season’s runners-up, but Liverpool have found a way to reach the knockout stage. The win against Napoli showed why Jürgen Klopp teams are so watchable.Jürgen Klopp and his teams tend to lean toward the dramatic. Liverpool's progression to the Champions League knockouts was secured thanks to a one-goal win against Napoli, but this was another memorable night of drama under Klopp. Liverpool's remarkable home record in Europe before kickoff (18 consecutive games without defeat) suggested it was always going to be Liverpool's to lose, but that would be forgetting everything about this team.

Mo Salah's brilliant drop of the shoulder fooled an otherwise outstanding Kalidou Koulibaly. It was the goal that opened the floodgates for Liverpool, except no more goals followed. Instead, all the reasons that make Klopp's Liverpool what they are ensued.

Salah missed a chance, and then Sadio Mané put a handful of clear-cut chances wide. Salah rounded David Ospina, but couldn't convert. Liverpool were beautiful in combination, but baffling in front of goal.

Klopp juggles it all

With Napoli needing just one goal to change the entire complexion of the tie, the tension was right where it should be on European nights. Had Jose Callejon not been distracted by a stumbling Andy Robertson or Arkadiusz Milik not been denied by a remarkable reflex save by Alisson, the headlines about Liverpool's European season would have been quite different. The narrative though, remains the same. Klopp's Liverpool continue to walk a tightrope of entertainment and sloppy football. It's what makes them so much fun to watch, and what must make them so nerve-wracking to support.

Winning makes all this easier for Klopp. Without it, both he and Liverpool would be seen less as entertaining and more as error-ridden. This is what makes Klopp's task so challenging. While maintaining his charm, humor and passion, as well as Liverpool's dynamic and entertaining style of play, Klopp simply must win.

Much has changed in the three years since Klopp arrived at Liverpool. Just being back in the conversation would have been enough for Liverpool not too long ago, but it's a different world for both the club and the coach now.

Liverpool finished runners-up in the Champions League last season, and already have a whopping 42 points in the Premier League this season. Liverpool are a club not just going places but also one expecting to get there. How will they get there? Probably in the most dramatic fashion.