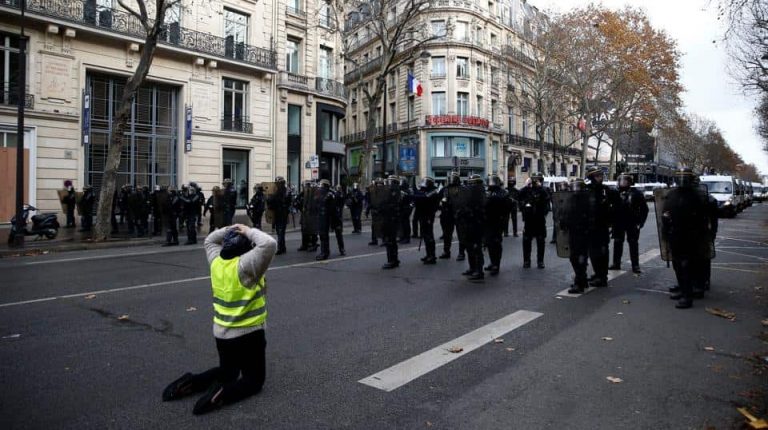 Op-ed writers are saying goodbye to 2018 and speculating on local and foreign affairs for the upcoming year, while France continued to be a trending topic this week.

In state-owned daily Al-Ahram, Gamal Zaida outlined achievements of the year in Egypt from his point of view. They include success in countering terrorism, expanding the network of new roads including Suez Canal tunnels that would link Sinai to the rest of the country, and the development of the peninsula. He referred to reforms in the education and health sectors with increasing budget allocations. In 2019, Zaida expects that Egypt will begin seeing the results of economic reform policies and infrastructure development through boosting local production and the reduction of unemployment rates.

On the military comprehensive operation against terrorism in Sinai launched earlier in 2018, Mohamed Salah Al-Zahar argued that it did not just target militants in Sinai and the rest of the country, as those would have eventually failed and disappeared, but mainly aimed at making a statement to states and intelligence organisations supporting terrorism, and that the chaotic years between 2011 to 2013 are now in the past.

In the privately-owned Al-Shorouk newspaper, Talal Salman called it a burdening year. Commenting on the regional situation, Salman lamented how Arab nations are no longer united, especially oil-rich Gulf countries and poorer African countries including Egypt, Syria, and Palestine. In that regard, he pointed out certain countries making closer relations with Israel. He further wondered whether Lebanon will eventually have a government, or if negotiations in Yemen would succeed. “The doors of hell are still open in Syria,” he added.

On France, Emad Adeeb opinionated in the private Al-Watan newspaper that the ‘Yellow Vest’ movement could be contagious, especially in countries with financial, political, and social troubles. To him, revolutionists often start with legitimate demands but end up being taken over by “conspiring evil power with destructive inclinations.” And so he argued that there is a plan that targets Arab countries with such uprisings in the near future.

In Al-Ahram, Salah Montasser assessed the response of French President Emmanuel Macron, arguing that perhaps it came too late in the face of escalating demands but also that perhaps the delay was caused by the large-scale violence witnessed during the protests in which thousands took part.

As for Al-Shourouk’s editor-in-chief Emad El-Din Hussein, he tried to compare Macron with former Egyptian presidents Anwar Sadat and Hosni Mubarak, the former having been able to partly regain control over the situation by submitting to protesters’ demands despite any chaotic incidents.