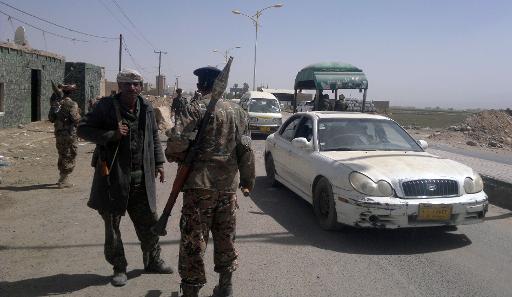 An agreement between Yemen’s government and the Houthi rebels to exchange more than 15,000 prisoners by next month, has been announced by both parties, during UN-mediated peace talks in Sweden on Tuesday.

The government, backed by a Saudi-led coalition, said it has provided an initial list of 8,200 prisoners, while the Houthi rebels, which are supported by Iran, gave a list of 7,487 detainees and prisoners.

According to AFP, UN officials at the talks in Rimbo, Sweden described the exchange of lists “very impressive.”

However, the officials noted that the large number of prisoners in both lists might extend the process of the exchange.

Despite the talks in Sweden, tensions remain present in the rebel-held Hodeida, a port city vital to the delivery of humanitarian aid, and Yemen’s third-largest city Taiz.

The conflicting parties are currently discussing methods to ease and stop hostilities in Hodeida.

Although Tuesday’s agreement marks a big step for the Yemen peace talks, both sides have warned that an agreement on a ceasefire is not likely to happen during this round, AP reported.