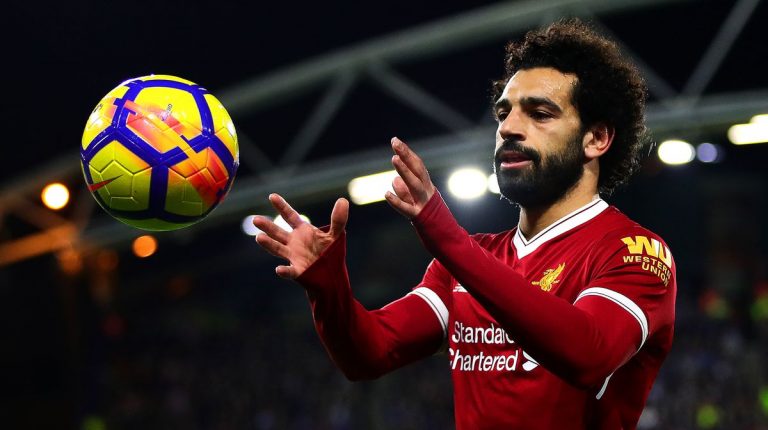 Google issued its annual report on Egypt’s most popular searches in 2018, providing an overview of the most prominent topics that Egyptians have been searching for during the past year, on the popular search engine.

The results included the most popular searches in Egypt, in the categories of people, events, sportspersons, shows, songs, TV shows, and series.

The data was collected among trillions of searches and questions on Google in 2018. 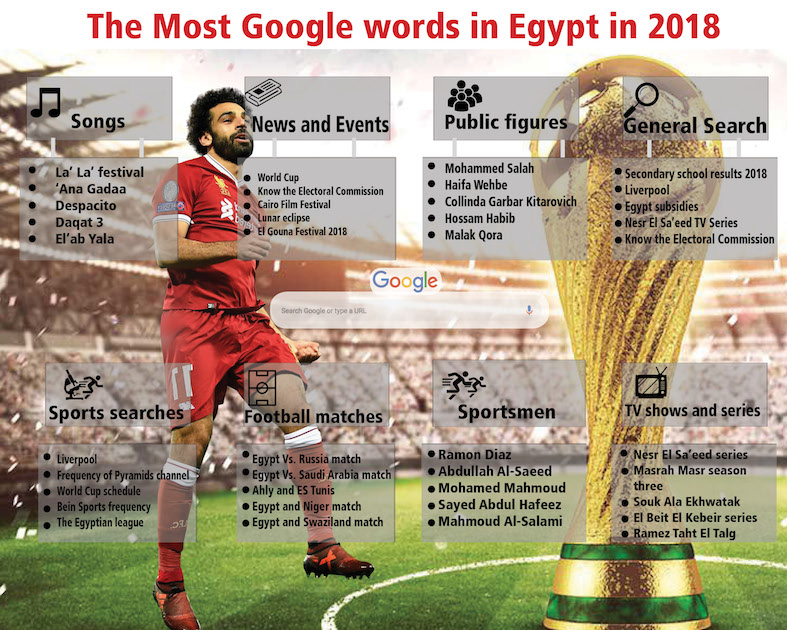 After filtering out the spam content from the lists, and the frequently asked questions, results that reflected 2018’s reality and the Egyptian interests came out.

As was the case last year, ‘The final exams’ results’ topped the searches on Google, while football player ‘Mohamed Salah’ topped the list of people most searched for. Mohamed Salah is the top athlete whom Egyptians are most enthusiastic to follow

Sports took over the search engine in 2018, due to the 2018 World Cup held earlier this year with the qualification of the Egyptian team. The most frequently googled matches in Egypt included, Egypt vs Russia, and Egypt vs Saudi Arabia.

Local incidents such as find out ones’ polling station, and the Cairo Film Festival were the most frequently searched for by Egyptians. The World Cup and the French protests were the two most popular international events searched for by Egyptians on Google. As for the list of TV series, Nesr Al Sa’eed came at the top of the list, in addition to Masrah Masr (third season).