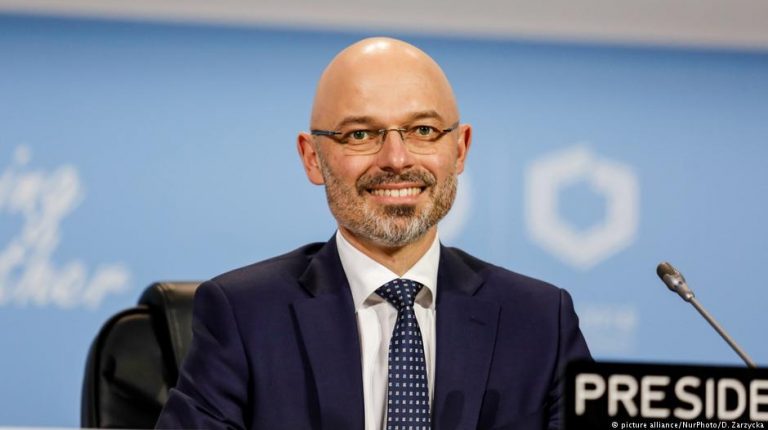 As the world maps its progress in the battle on climate change, DW’s Andrew Wasike asks Michal Kurtyka, head of the executive body of the UN Framework Convention on Climate Change, COP24, about the talks in Katowice.DW: The climate negotiations here in Katowice, Poland, are regarded as vital, especially for Africa. Can you expound on what the successes and failures of the 24th Conference of the Parties (COP24) would mean?

Michal Kurtyka: Indeed, I think that without Katowice there is no Paris Agreement implemented. So, we will not have any operational framework for global climate policy in place. It is extremely important that parties can agree on operational ways of implementing the Paris Agreement. There are a number of challenges, and a number of them very much concern Africa. One is the question of finance – the mobilization of financing from developed countries to developing countries. In this regard a very important call was made by Kristalina Georgieva, the CEO of the World Bank, on the first day of the COP when she said the institution will double its climate finance and $200 billion (€176 billion) will be dedicated for climate finance in the coming five years. A big chunk of this money is being dedicated to adaptation and resilience, very important elements for African countries.

Right now, other countries are giving their own imputs to this global climate finance: we had Germany, which said it would double its input to the Green Climate Fund up to €1.5 billion. During the COP we also have a high-level meeting on climate finance and we expect ministers to discuss the issues of finance adaptation and then move to other subjects such as transparency of actions, how parties report to each other their efforts, and mitigation – what kind of projects parties can propose in this global framework as their contribution to collective action.

Kenya, which boasts 84 per cent of energy from renewable sources, is constructing a coal plant along its coast. That would raise carbon emission levels by an estimated 10 per cent. What is your view on that?

What is extremely important is that renewable sources are decreasing in cost. This decrease is spectacular, so there are new possibilities in terms of getting energy. One important impediment to that is certainly the question of storage, so we need to develop more storage capabilities or be able to combine consumption with production of electricity. For example, when we have a photovoltaic source, it would be good to combine it with charging of cellular phones or storage, or, in the future, electric vehicles so they also can play a role in storage. Then, each country chooses its own path in the framework of the Paris Agreement. The agreement is giving us long term targets and it's up to the countries to find the right path for transition, taking into account the solidarity and how far we want to go as humanity in this regard.

Is there any way that fossil fuels can work hand-in-hand with climate protection?

It is a very important element of national responsiblity, and one of the key principles of the Paris Agreement is this bottom-up approach together with top-down. With bottom-up, each country proposes each energy mix to the global basket of promises and projects and then we look at it from the top-down perspective, with the Talanoa Dialogue, so that we can measure whether or not the actions taken by each country are enough.

Read more: Talanoa dialogue: Giving everyone a voice in the climate conversation

So, it is up to the country to choose the right path in terms of technology, in terms of climate protection, in terms of environmental protection. Each of these sources of energy has a different impact, for example on air quality. Also in terms of just transition – so getting everybody on board with this ecological transition. This is one of the important calls stemming from Katowice that we need to make sure that all dimensions are being properly taken into account so that we can aim for a better future together, without losing anybody along the way.

What does the Intergovernmental Panel on Climate Change (IPCC) Special Report mean for African countries?

We have right now engaged in the second week of COP24, so we have all the ministers coming to Katowice. A key imput to the Talanoa Dialogue is the IPCC Special Report, which was already adopted – an input which will certainly be a very important element for discussion. So all the discussion around how far we are from the realization of the objectives will be among ministers.