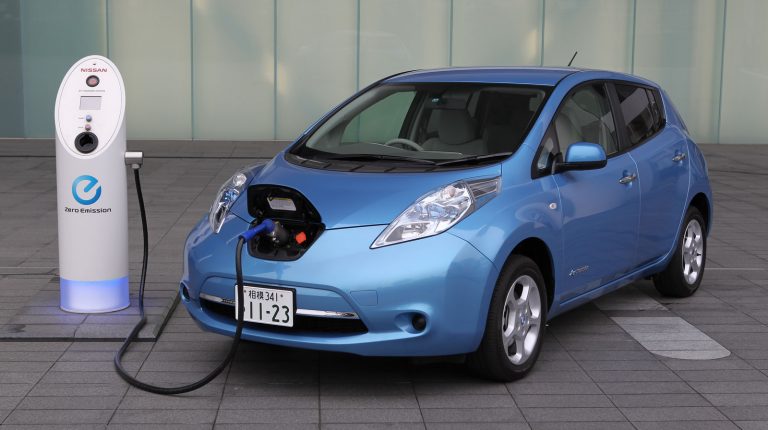 Insurance companies are waiting for electric cars to propagate in the Egyptian market in order to prepare their insurance documents in light of the state’s attention and encouragement for electric cars so as to limit carbon emissions and environmental pollution.

The ministry of industry has taken several steps to encourage consumers to use electric cars. One of the first steps taken by the ministry was opening 12 electric cars’ recharging stations earlier this year. In April, importing electric cars was allowed without custom fees. Cars that have been used for three years are also allowed to be imported. Ten electric cars have also made an appearance for the first time in the Automech Formula exhibition.

Amr El Kafrawy, head of cars management at Iskan Insurance Company, said that the spread of electric cars in Egypt together with gasoline-fuelled cars will lead to a variety of diversity in the protection programmes insurance companies offer to clients who have cars.

He added that there are two kinds of electric cars. The first are known as ‘hybrids’ which are powered by both gasoline and electricity. The second type is the pure electric car. They both have simple units that include batteries, specifically about 6,500 small batteries, a motor, and a cooling circuit, in addition to a group of small gears, and a computer to control the movement of the car in some models.

Furthermore, he explained that insurance companies fear these types of cars given the high price of their spare parts, especially the battery which represents about 40% of the value of the car. Additionally, the car itself is very expensive, reaching EGP 1m in some cases.

El Kafrawy said that the demand from insurance companies to cover these types of cars depends on ensuring there are qualified and sufficient agents and maintenance centres for them, in addition to the availability of spare parts.

The price required for insuring the car might increase by 1-2% compared to the average common price of traditional cars in the market where the average is 3% of the car’s price in their cases, indicated El Kafrawy.

Moreover, he pointed out that electric cars contribute towards creating another type of coverage, which is insuring charging stations.

El Sawy added that electric cars have many advantages providing such as a high degree of safety, unlike traditional cars, which reduces risks, on the condition that an inspection is conducted and a document is issued based on technical grounds.

El Sawy demanded that companies which import electric cars hold agreements with the Insurance Federation of Egypt (IFEgypt) in order to train employees in the field on how to properly inspect cars.

Ahmed Qatari, an inspection expert, said that electric cars are a technological leap after the automotive industry heavily relied on burning engines since humans knew cars as a means of transport.

He added that electric engines are a revolutionary development in the field of manufacturing cars, relying on electricity as a clean source and air cooling instead of water circuit cooling.

For all these reasons, the future is in favour of electric cars given their low maintenance cost. We expect them to spread within five years, and they might even travel longer distances with their reduced time needed for battery recharging.

Within the same context, Qatari said that electric cars are not different from traditional cars in the presence of the chassis and car body, in addition to brakes, ACs and other car components. He added further that insurance is usually against accidents regardless of the kind of car engine, which is usually the least impacted by accidents as it is in a space that specifically protects it.

Qatari pointed out that electric car inspections are not different from traditional car inspections as the inspection of an engine usually involves checking its performance and natural sound, however, in the case of an accident in the engine, the inspector must know the fundamentals of the car, the operational circuit, the speed reducers and its electronics, in addition to other essentials regarding resistance and other theoretical information.

Furthermore, he noted that the current inspectors in the market can be relied upon, in addition to using the services of an electrical engineer with experience in DC motors in case motors were damaged in an accident.

Qatari suggested that the IFEgypt and the Insurance Institute of Egypt prepare training courses in the sector to qualify employees in the field of car insurance.