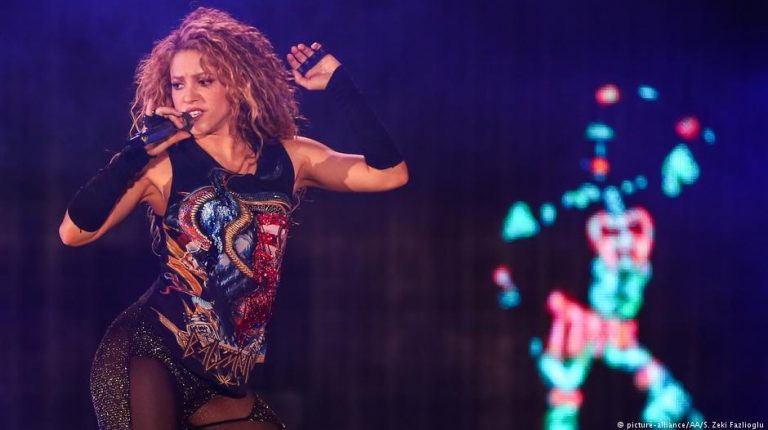 Music star Shakira is the latest high-profile individual targeted by Spanish prosecutors for tax evasion. Officials allege she failed to pay €14.5 million ($16.3 million) in taxes.Hips don't lie, but Spanish tax officials want to find out if Shakira's account might have.

The prosecutors allege the Colombian-born musician listed her official residence in the tax haven of the Bahamas between 2012 and 2014, during which time she lived in Spain with her partner, Spanish soccer player Gerard Pique.

Prosecutors said that although she traveled around the world for professional engagements, she lived most of the period in question in Spain.

In all, she failed to pay €14.5 million ($16.3 million) in taxes on her worldwide income, prosecutors said.

Representatives of Shakira said in a statement that the singer did not live in Spain until 2015 and that she has met all of her Spanish tax obligations.

She was listed in the "Paradise Papers" leaks last year among numerous high-profile individuals with offshore tax arrangements.

A magistrate in Barcelona will assess whether there is sufficient evidence to go to trial.

The Colombian singer said she has "complied at all times with her tax obligations" and points to her goodwill for having paid everything the treasury believes had not been taxed before solving what she said she believes is a difference of criteria.

Several prominent stars have been charged on tax evasion in Spain in recent years, including football stars Lionel Messi and Cristiano Ronaldo.

In many cases, such stars may strike deals to avoid jail time by paying fines and settling their tax debts.