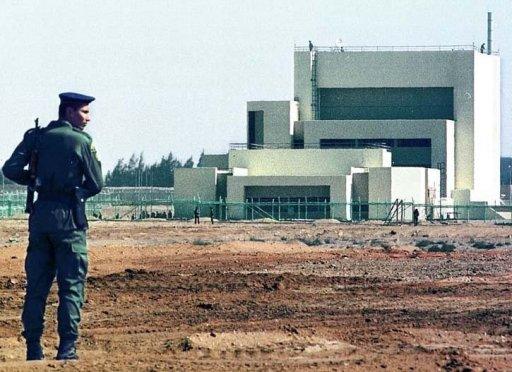 The Egyptian Atomic Energy Authority (EAEA) is negotiating with Russia, Hungary, and the Czech Republic on the development and upgrading of the first research reactor at Anashas, which was suspended for the end of its lifespan.

The Head of the EAEA, Atef Abdel Hamid, told Daily News Egypt that they have completed a study on the feasibility of upgrading the capacity of the Anashas research reactor to reach 5-10 MW, and will choose the best technical and financial offer during the coming period.

He added that the initial scenario developed by the EAEA to develop and upgrade the capacity of the first reactor in Anashas was estimated to cost $50m, but Russia said that the figure is too low and offered a new reactor at an enormous price.

He noted that the EAEA is still holding talks with the Czech Republic and Hungry because the studies conducted were based on the development and upgrading of the reactor.

He said that banks will not finance the project of developing and upgrading the capacity of the Anashas reactor, and will be borne by the EAEA in cooperation with the International Atomic Energy Agency.

Abdel Hamid explained that Egypt’s second research reactor has a capacity of 22 MW, and is used in the production of radioisotopes used in medicine, agriculture, and industry. It is also used in nitrogen activation, which is used in determining the elements and their concentrations.

He added that the EAEA has conducted a water treatment research to serve the 1.5m feddans project and to develop species of plants that fit the nature of the environment in the project area, pointing out that the EAEA has the experience to estimate the size of the water reserve, using isotopes within the project’s lands and is cooperating with the ministry of irrigation in this regard.

He said that Egypt is capable of completely operating the Dabaa nuclear plant at the hands of trained experts without relying on another party.

Abdel Hamid said that the EAEA provides several services to the Dabaa project, as it is concerned with training the experts and providing the technical support needed on the project, in addition to training the teachers to work at the Dabaa Technical School, in coordination with the ministry of education.

He explained that nuclear technology has many advantages, including reducing the dependence on the fuel-powered electricity plants. He added that the amount of nuclear fuel is small compared to conventional fuel in power stations, and the treatment of waste is conducted according to the classification of radiation.

He finally declared, “90% of the waste is low-level radiation, and is processed before burial for short periods of time.”