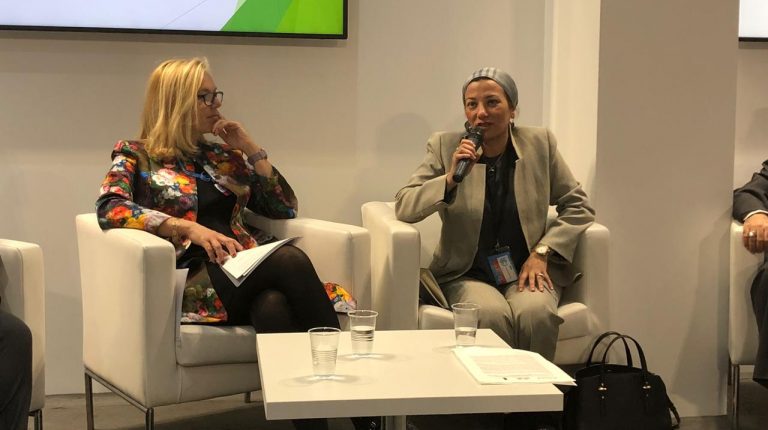 During a session on the latest report of the Intergovernmental Panel on Climate Change (IPCC), and the impacts of global warming, Fouad stressed that the real challenge for conserving biodiversity is not what was written in agreements and research papers but to reach to the real partners on the crisis and to implement the procedures and conclusions of the agreements.

“During its presidency over the COP14, Egypt attempted to gather the biggest number of partners and increasing the participation of different groups including youth, women, civil society, and private sector,” said the minister.

Fouad explained further that the concept of biological diversity is one of the difficult concepts which need simplification.

In October, the Intergovernmental Panel on Climate Change (IPCC) urged in a report the international community to take rapid steps to counter climate change and its expected impacts.

Climate change represents an urgent and potentially irreversible threat to human societies and the planet.

Egypt is a typical example of a developing country which is highly vulnerable to the phenomenon which faces numerous threats to its economic, social, and environmental sustainability, according to a study by the World Resources Institute. That puts the Egyptian authorities under the pressure of taking its measures to combat climate change and take part in the international efforts to limit temperature rise by 2100 to less than 1.5°C in accordance with the Paris Agreement.

The report which took three years to be prepared addressed the impacts of global warming of 1.5°C above pre-industrial levels and related global greenhouse gas emission pathways, in the context of strengthening the global response to the threat of climate change, sustainable development, and efforts to eradicate poverty.

According to the report the way to limiting global warming to 1.5°C is projected to involve the annual average investment needs in the energy system of around $2.4tn between 2016 and 2035, representing about 2.5% of the world GDP.

“All pathways that limit global warming to 1.5°C with limited or no overshoot project the use of carbon dioxide removal (CDR),” according to the report. “CDR deployment of several hundreds of [gigatonnes of CO2] is subject to multiple feasibility and sustainability constraints.”