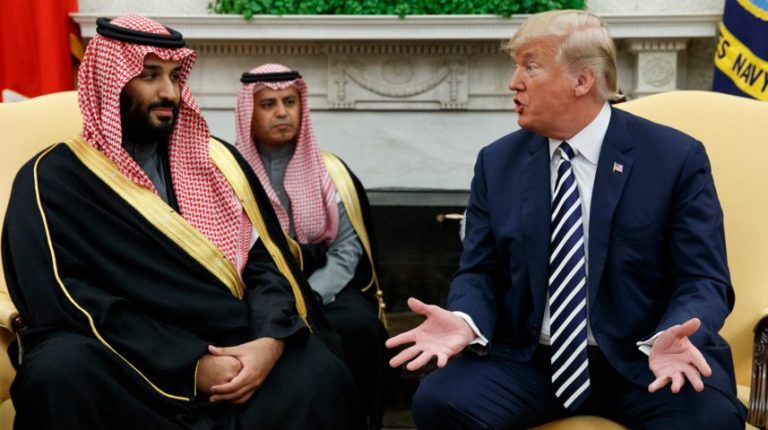 Pressure on Saudi Arabia and its Crown Prince Mohamed bin Salman could mount again as American lawmakers disputed US military assistance to the kingdom in the Yemen war and seek to sanction it over the controversial murder of journalist Jamal Khashoggi.

The US Senate passed a resolution last Thursday “to direct the removal of US Armed Forces from hostilities in Yemen that have not been authorised by Congress,” with a 56-41 vote.

According to Reuters, this was the first time Congress had backed a resolution to withdraw US forces from a military engagement under the War Powers Act, a 1973 law limiting the president’s ability to commit US forces to potential hostilities without congressional approval.

“Today was a victory for the Constitution and the separation of powers,” tweeted Republican senator Mike Lee following the vote.

“With this vote, we are one step closer to reviving our constitutional framework – where the power to declare war lies with Congress, not the executive branch – and we have taken a step towards removing ourselves from the spread of human suffering in Yemen,” he said in a second tweet.

The rare move comes in defiance to President Donald Trump who has maintained support for his Saudi friends ever since the outbreak of Khashoggi’s case in October.

Despite weeks of debates over the resolution, it remains largely symbolic and unlikely to become law. “The non-binding ‘war powers resolution’ calls upon President Trump to remove all American forces engaging in hostilities in Yemen, except for those combating Islamist extremists,” the BBC reported.

In a letter addressed to the presidents of the House of Representatives and Senate earlier this month, Trump stated that the US, in a non-combat role, “have continued to provide military advice and limited information, logistics, and other support to regional forces combatting the Houthi insurgency in Yemen.”

But the US ended aerial refuelling of regional forces’ aircraft in November 2018. If turned into a law, the resolution prohibits the resumption of that practice.

Debates over support to the Saudis grew after the Khashoggi issue, with concerns over turning a blind eye to blatant infringements of human rights, holding them accountable over that particular incident or revaluate US commitment as a whole.

Trump and his administration insisted on providing support to the kingdom and the crown prince following global outrage over the killing of Khashoggi, who criticised the latter in his writings, inside the Saudi consulate in Istanbul.

Last month, Trump refuted suggestions that Bin Salman had been involved in the premeditated operation against the journalist and distanced himself from a CIA report saying the Saudi crown prince was likely to have ordered it. He reiterated support for Bin Salman in statements to Reuters.

“Maybe he did, maybe he did not,” Trump said as he held on to the relationship with Saudi Arabia, “a great ally in our very important fight against Iran,” he added, asserting that the US intends to “remain a steadfast partner” of the kingdom. Trump’s words were mainly addressed to congressmen seeking to “go in a different direction” as he put it.

Likewise, the US Defence Secretary James Mattis and Secretary of State Mike Pompeo lobbied efforts to convince senators in closed-door briefings this week and last month to continue the military advising, logistics support, and intelligence that have for years been shared with Saudi Arabia.

But according to statements they gave to the press, senators were further frustrated and more convinced of Bin Salman’s role in the Khashoggi murder.

The resolution was written by Lee and Senator Bernie Sanders. It was voted against in senate back in March of this year, as Bin Salman was on a highly publicised tour in the US, in which he met with Trump and Mattis among other current and former senior US officials and public figures.

As the vote went through this time, Sanders tweeted “In the last three years, 85,000 children have died and millions are on the brink of starvation. We must tell Saudi Arabia that the United States will no longer support their despotic regime’s role in the horrific war in Yemen.”

On the other hand, five Democrats sided with Republicans earlier on Wednesday in the House of Representatives voted in favour of preventing such a legislation. They included Al Lawson, Jim Costa, Collin Peters, Dutch Ruppersberger, and David Scott.

The Republican-led House of Representatives is therefore not expected to take a vote on the resolution, thus adjourning the issue to next January where there will be a new Democratic House majority, while Trump previously threatened to use his veto power.

Most Republicans supported the military alliance between the US and Saudi Arabia until the Khashoggi case came along. The recent move indicated a growing sense of urgency among lawmakers in both parties to punish Saudi Arabia for Khashoggi’s death, and to question a tradition of Washington averting its gaze from the kingdom’s human rights abuses in the interest of preserving a strategically important relationship, The New York Times reported last Thursday.

Billions of dollars of American arms sales to the kingdom are at stake. According to Trump, the Saudis also agreed to spend and invest $450bn in the US.

This, Trump said, was “a record amount of money” that would create hundreds of thousands of jobs, tremendous economic development, and much additional wealth for the US.

Out of the $450bn, $110bn will be spent on the purchase of military equipment from Boeing, Lockheed Martin, Raytheon, and many other great US defence contractors. 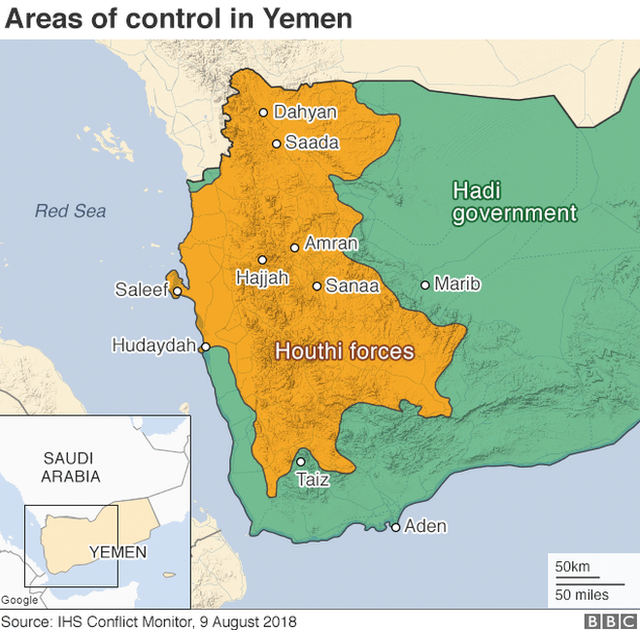 Yemen peace talks held in Sweden last week brought some positivity into the humanitarianly disastrous war launched by a Saudi-led coalition in 2015 to push back against Iran-supported Houthi militias and restore endorsed President Abd–Rabbu Mansour Hadi to power.

The Yemeni Foreign Minister Khaled Al-Yamani represented the government in the recent UN-sponsored summit as he shook hands with Houthi spokesperson Mohammed Abdelsalam.

The parties agreed on a ceasefire in Hudaydah city where there has been escalation in fighting in the past weeks, as well as easing the situation in Taiz, in addition to an agreement on the exchange of thousands of prisoners.

UN Secretary-General António Guterres affirmed that there would be a full withdrawal of troops from the city and port of Hudaydah in addition to offering a supervisory role to the UN, as local authorities will make security arrangements, the details of which yet to be formalised.

“As we all know, Yemen is the world’s worst humanitarian crisis. More than 24 million people – three-quarters of the population – need some form of assistance and protection. Some 20 million people are food insecure, and 10 million of the total number do not know how they will obtain their next meal,” Guterres said.

Both the US and Saudi Arabia welcomed the agreement. “Although many details remain subject to further discussion, these consultations between the Yemeni government and the Houthis marked a pivotal first step,” Pompeo said.

Prince Khalid bin Salman bin Abdulaziz, the Saudi Ambassador to the US, praised efforts of the UN envoy to Yemen Martin Griffiths to reach this agreement as “an important step towards restoring the sovereignty and independence of Yemen,” the Saudi News Agency reported.

Both the rebels and government alliance stand accused of failing to protect civilians. The UN last year blacklisted the Saudi-led coalition for the killing of over 600 children in air raids.

The Saudi Foreign Minister Adel Al-Jubair had previously expressed confidence in a UN process as “the only viable process” for a resolution of the crisis. “We have great respect for Martin Griffiths. I think he is approaching it the right way,” he said in a September interview with the Council on Foreign Relations (CFR) think-tank.

But the minister strongly defended his country’s involvement in the war in response to the CFR’s question about some congressmen’s concern about the direction of the war and US arms sales to Saudi Arabia.

“Do we want a Hezbollah-controlled country on our southern border? No. Not going to happen […] Do we want to give Yemen to the Iranians? No.” Al-Jubair stressed.