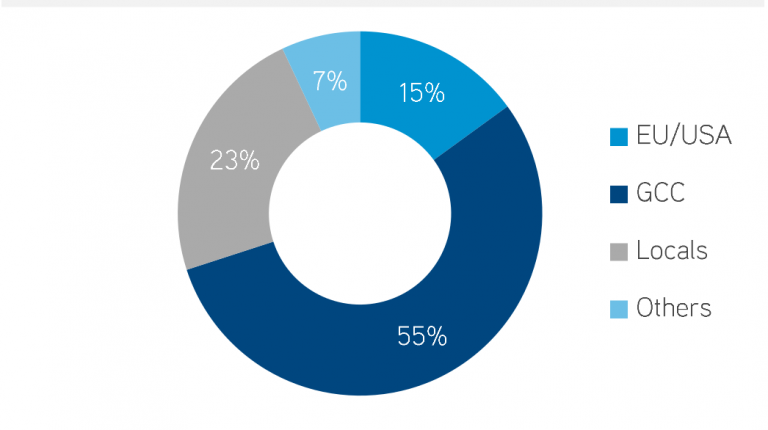 The report also expected that Cairo will witness 34% increase in Average Daily Rate (ADR) in 2018, thanks to a more stable socio-economic climate in the country.

“The significant drop in performance in 2016 was due to the Egyptian pound flotation in November of that year, which dramatically impacted the country’s economic climate,” the report read.

It continued that 2017 showed a remarkable improvement in Revenue Per Available Room (RevPAR), which was due to the strength of dollar price against the local currency.

“This growth is expected to continue in 2018, bolstered by a number of upcoming government tourism-based investments, such as the new Grand Egyptian Museum in Giza and the development of Maspero Triangle,” the report added.

In general, the report stated that the performance of Cairo hotel market is showing a tremendous improvement in comparison to previous years, expecting 2018 ADR to stablise at $115 per night.

In terms of the market supply, the report stated that Greater Cairo’s current hotel supply is 18,836 keys, explaining that the quantified number of keys is based in international and locally branded three to five stars hotels.

The report continued that the five stars hotels dominate the market equating to approximately 64% of the supply.

Concerning the market segmentation, Colliers International declared that the corporate segment comprises 67% of Greater Cairo’s hospitality market demand, noting that this percentage is driven by both domestic and regional markets.

“Although demand for hotels in Cairo is predominately corporate, the Giza and Nile Corniche areas are currently the only submarkets which significantly cater for leisure demand,” the report said.

Colliers revealed that the GCC remains a strong source market for the Cairo hospitality market absorbing 55% of market share, followed by the domestic market with 23%.

The report explained that the demand for domestic tourism is generated by corporate events, weeding, and weekend gateways, pointing out that over 50% of Cairo’s total tourism spending comes from local demand.

“On a national basis, 2017 witnessed a 341% increase in the foreign visitor spending, which is an indicator of the economic stabilisation after the pound flotation,” the report assured.

According to Colliers, the total tourism spending growth from 2018 to 2022 is estimated to increase at a compound annual growth rate of (CAGR) 16.5%.

Colliers International is a global network of consultants specialised in hotel, resort, marina, golf, leisure and spa sectors. They provide strategic advisory services to owners, developers and government institutions. The analysis is based on actual operating data from a sample of three to five stars hotels and quality serviced apartments. The forecasting methodology is based on rolling averages, trend estimation, and extrapolation.