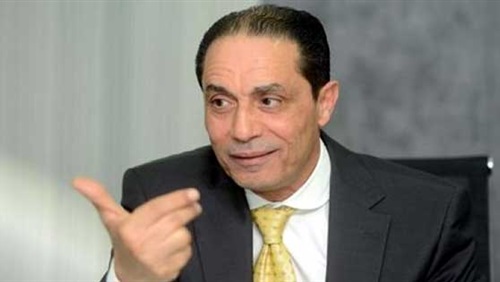 Samy Abdel Aziz, former dean of the Faculty of Mass Communication at Cairo University, said that the current media system needs real reform in order to play its role in enlightening the Egyptian citizens on the Egyptian news and issues, as well as informing the people of what is going on in the world.

In an interview with Daily News Egypt, Abdel Aziz said that the people are mainly concerned with the vagueness and rumours about some issues which recently spread. He questioned the media’s role in answering the citizens’ questions about the economic issues such as the living conditions, price hikes, and the economic reform programme. “I did not see any media person discussing such matters in a professional manner, in order to raise the peoples’ awareness and reassure them on the state’s policies and procedures.” The media system also lacks efficiency when it comes to the media hosts, as well as a lack of information and studies to discuss the emerging issues, thereby providing mediocre information to the audience, leading to low viewings rates.

He also stated that the success of any media system requires the training of everyone working in this field, as well as establishing centres for research and studies, in order to provide material that serves the media work, or to monitor and analyse the media programmes’ contents, evaluating them neutrally.

The former dean pointed out that the application of institutional and professional values in the media’s work will save us the need to have media ‘codes of honour’, and this is well-known and applied in global media systems.

He said that the reform, being carried out by the state’s media institutions, does not meet the required standard. Those media institutions need professional mindsets with plans and programmes, as well as powers to implement them.

Furthermore, Abdel Aziz said that Egypt needs “A councils of minds” to discuss and develop solutions to the issues and challenges facing the country, and raise it to the political leadership to submit them to the government in order to be implemented. Governments implement what they are tasked from the political leadership and, in this case, the solutions will be raised by experts and specialists, as well as by leaders, with the government entrusted for the implementation.

He called for reconsidering the method of selecting and appointing leaders, and to follow a scientific approach by interviewing the candidates for leading positions. Leaders should have a strong plan of action to skilfully manage their teams, thereby providing them with more power and authority, while, at the same time, being accountable to the public opinion, with their performance evaluated by the citizens.

He questioned the advantages of having 33 ministries, while many of these ministries can just be an entity or a council instead, in order to rationalise the expenditures and curb the existing bureaucracy.

Abdel Aziz declared that there should be a mechanism that guarantees the presence and continuity of trainings in the various sectors, in order to ensure the efficiency as well as performance development. He praised the banking sector as one of the leading sectors which believes in the importance of training for its employees in different grades. This policy is confirmed by the Central Bank of Egypt (CBE) since the implementation of the banking sector’s reform programme under the former Governor of the CBE, Farouk El-Okda, and continued by the current Governor, Tarek Amer.

Moreover, Abdel Aziz criticised the inaccuracy of Egypt’s investment map, and said that it does not reflect Egypt’s investment needs, and the country’s natural resources, stressing that the absence of data and information is one of the most important investment problems in Egypt, highlighting the role played by the Administrative Control Authority, in the preparation of a database that serves the real investor and decision makers.

Abdel Aziz added that the absence of information and data made us suffer from many problems, and underestimated our capabilities, making us unable to advocate for our country. He stressed the importance of working in a team spirit, and following scientific approaches in management. “We should also choose the Egyptian professional minds, who are waiting for a chance to serve their country.”

He urged the business and economic media to exert more effort in preparing, explaining, and simplifying the transfer of information and figures, and avoid repeating the same topics and guests on channels, and to avoid the economic “fatwas” of non-specialists.