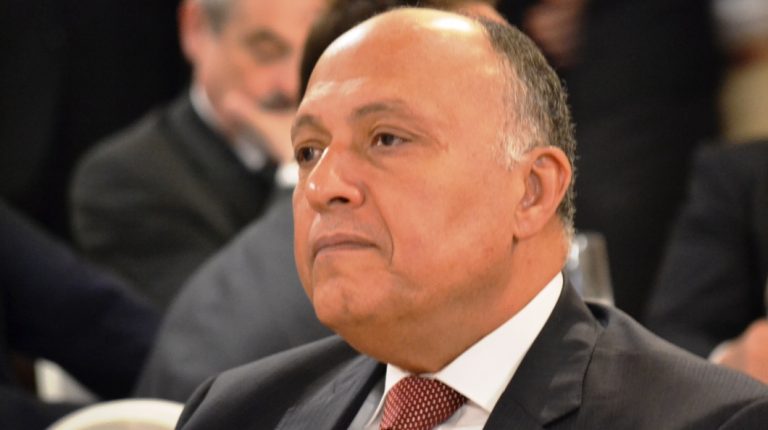 According to Egypt’s foreign policy, the country has a special vision regarding its presence in the African continent, based on its location at the heart of the continent. Egypt also planned on maximising its role in Africa, after its two uprisings during the past eight years; the 25th of January revolution, and the 30th of June uprising.

The Ministry of Foreign Affairs prepared a strategic vision to restore Egypt’s role in Africa to include several procedures dealing with a number of important issues. This vision is going to be Egypt’s guide in its new role, as the new head of the African Union (AU) in 2019.

To begin with, for the Nile waters issue, the Egyptian vision is directed towards boosting the cooperation in the water resources in the Nile Basin countries, by providing Egyptian expertise in this field, in order to enhance the cooperation to reduce water loss, and increase the river’s streamflow, thereby achieving the Nile basin countries’ interests.

Regarding the Nile River basin’s Cooperative Framework Agreement, Egypt is working on meeting the three Egyptian requirements, namely Article 14 which addresses the issue of water security, explicitly stipulating the inviolability of our water share, the commitment to Article 8 with the principle of notification concerning the planned measures on the international river, and demanding the notification regarding procedures and timings, explicitly stating that the agreement must only be amended by consensus.

As for Egypt’s relations with the countries of the Horn of Africa including Somalia, Djibouti, and Eritrea, the country has close historic ties with those countries, characterised by several factors, the most important of which are the geographic proximity, religion, as well as the historical migrations to and from the region. Egypt has close roots with these countries that need to be activated through enhancing the communication and official visits at all levels, and by providing assistance in many fields, such as education, health, agriculture, diplomacy, judiciary, and infrastructural development.

Moreover, the Egyptian foreign policy continues to follow the political and security developments in Somalia, and seeks to help the Somali people rebuild their institutions and train their cadres, as well as ensuring Egypt’s participation in all the regional and international forums concerned with Somalia. Accordingly, Egypt supported “Vision 2016” which involved improving the country’s political climate by drafting a new constitution, and holding parliamentary elections, leading to presidential elections.

Regarding the relations with Djibouti and Eritrea, the Egyptian government is working on enhancing the high-level visits, and following up on the internal developments of both countries, as they have a direct impact on the Red Sea’s security and the increased rates of illegal immigration, a result of the deteriorating security situation in the Horn of Africa, in addition to the need to cooperate in fighting piracy.

The strategy also includes the relations with the southern African countries, as it builds on pursuing the coordination and consultation with South Africa on issues of common interest, seeking to strengthen the bilateral relations in the different fields.

In addition, Egypt is keen on pursuing technical cooperation with the southern African countries, and implementing development projects, as well as responding to the needs of those countries especially in ​​capacity building, which is a priority for the African countries in general. This is to carried out through  training courses, organised by the Egyptian Agency of Partnership for Development (EAPD), and the different Egyptian authorities.

Moreover, the policy encourages the Egyptian private sector and businesspersons to explore those southern African markets in order to determine the investment opportunities, so as to serve the common interests of the two countries, thereby enhancing the trade and economic relations. This comes in parallel with promoting the trade exchange between Egypt and the COMESA countries, to benefit from the available opportunities in their markets for the Egyptian exports, and to meet the Egyptian market needs of food commodities, such as meat.

Egypt is also focusing on its relations with the countries of the Islamic belt as well as Central and West Africa. Central and West Africa are of a particular importance to Egypt as they are an extension of the Egyptian strategic depth to the south and the west, especially in the security aspect, in light of the deteriorating security situation in the Sahel and Sahara region, caused by terrorist groups activity in Central Africa, Chad, Nigeria, Niger, and the Cameroon, by separatist movements in Mali, or coup attempts as in Burkina Faso.

Egypt’s vision therefore mainly focuses on development projects as the engine of economic growth on the one hand, and social services on the other hand, in addition to raising cultural awareness, thus addressing the roots of the security problems arising from marginalisation and poverty. Furthermore, pursuing coordination and consultation on the security level, in parallel with intensifying the training courses organised by the Cairo Centre for Conflict Resolution and Peacekeeping in Africa, and the EAPD, and following up on the implementation of existing cooperation agreements to maximise their expected outcome are also among the Egyptian efforts.

Finally, this is in addition to promoting the exchange of official and informal visits at the different levels and in all fields, especially the fields affecting the people such as health, as well as to develop the role of Al-Azhar as a beacon to rectify the ideology of moderate religion, and spreading the culture of peace to counter radical ideas and thoughts.