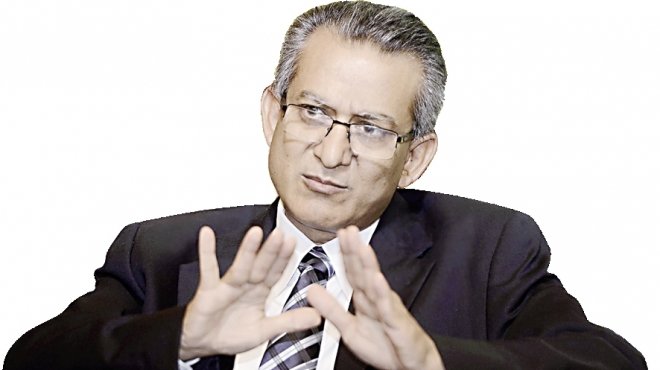 The Egyptian Atomic Energy Authority (EAEA) aims to achieve revenues of EGP 100m during the current fiscal year (FY) 2018/19 through its activities and services offered to some 200 medical, food, and agricultural companies, compared to EGP 65m in the last FY 2017/18.

Chairperson of the EAEA, Atef Abdel Hamid, told Daily News Egypt that the total allocations for the EAEA from the ministry of planning stands at EGP 80m, mostly directed to research and infrastructure development. The authority also received some financial allocations from the International Atomic Energy Agency and the Academy of Scientific Research and Technology.

He pointed out that the EAEA conducted 400 researches annually and participated in the financing and implementation of 30 researches in the fields of agriculture, medicine, and engineering during the current year, and at least 200 research papers were published in several scientific journals.

“We provide citizens with safe products in accordance with international standards. The EAEA conducts a radiation inspection of all Egyptian food imports to ensure that they are free of any radioactive contaminants. In the field of health, for example, we provide sterilisation of medical tools using gamma rays.

Most companies that produce sensitive medical products, such as kidney filters, blood transfusion lines, and surgical lines, are sterilised by the EAEA at its headquarters in Nasr City or Alexandria.

Abdel Hamid noted that they also supply radioactive isotopes to 60 medical centres nationwide to diagnose and treat tumours. The most prominent of these centres is Qasr El-Eyni Hospital. The EAEA achieved revenues of EGP 9m from the sale of radioactive materials and isotopes in FY 2017/18 and plans to increase this figure to EGP 15m this fiscal year.

He stressed the strategic necessity to secure Egypt’s needs of radioisotopes, and on this basis, a plant was established to produce isotopes to cover most of the local market demands, including Technetium-99 generators, which is used to diagnose cancer and identify treatment, and Iodine 131, which is used in the diagnosis and treatment of the Thyroid Gland.

He explained that the EAEA has developed a plan for the production of radioactive isotopes in quantities equivalent to three times of the local needs, and achieves surplus for export. The EAEA has exported radioactive materials and isotopes to Korea and Syria previously and seeks to increase its exports during the next year.

Abdel Hamid noted that the locally manufactured isotopes cost 50% less than imported ones. The price of the domestic radioisotopes ranged from EGP 8500 to EGP 12,000, compared to EGP 22,000 – 30,000 for the imported.

He pointed out that the EAEA is in the process of issuing radium source with a local production rate of 100% next year.

Abdel Hamid said that the first research reactor in Anshas has been suspended for a long time. It was established in 1958. The EAEA conducted a feasibility study to develop the reactor and raise its production capacity from 2 MW to 5 – 10 MW after development.

The EAEA is negotiating with Russia, Hungary, and the Czech Republic on the development and upgrading of the first research reactor at Anshas.

The EAEA plans to develop and upgrade the capacity of the Anshas reactor at initial cost of $50m, but Russia said that the figure is too low and offered a new reactor at an enormous price. Abdel Hamid noted that the EAEA is still holding talks with the Czech Republic and Hungry because the studies conducted were based on the development and upgrading of the reactor.

He explained that Egypt’s second research reactor has a capacity of 22 MW and was opened in 1997 and is expected to operate for more 40-50 years.

Abdel Hamid added that the EAEA provided several services to the new Dabaa nuclear project, including training, providing experts and technical support. In addition, the authority offered training for the teachers who will work at the Dabaa Technical School, in coordination with the ministry of education.

He said that EAEA has developed curricula to be taught at the nuclear school and printed 100 books for distribution to students and provides training courses for teachers.

He explained that nuclear technology has many advantages, including reducing the dependence on the fuel-powered electricity plants. He added that the required amount of nuclear fuel to operate different power plants is less than the conventional fuel used in current power stations, and the treatment of waste is conducted according to the classification of radiation.

He pointed out that the EAEA aims to provide nuclear fuel for Dabaa nuclear power plant in the future after the expiration of Russian supply period. The project’s construction period is estimated at one year.

Wadi El Nile for Contracting and Real Estate Investments was assigned to implement the project in two phases, the first costing EGP 20m and the second costing EGP 10-15m.