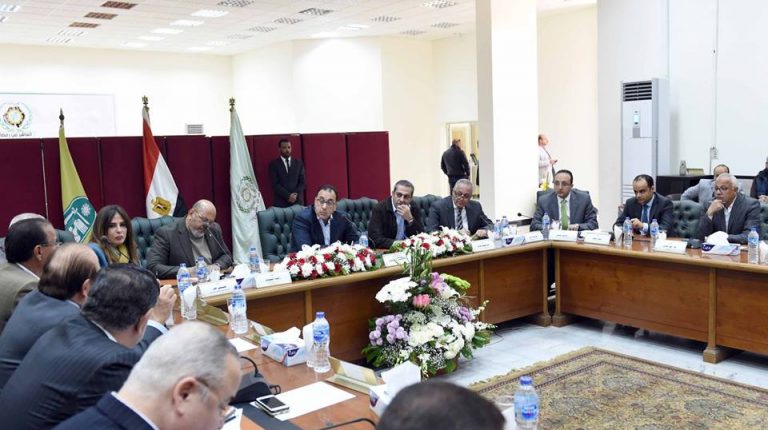 Egyptian Prime Minister and Minister of Housing, Mostafa Madbouly, stated that the size of development in the 10th of Ramadan city has significantly increased, elaborating that the investments’ volume this year in the city amounted to about EGP 4.7bn, which is four times the investments in Cairo.

He added during his meeting with the city’s investors during his visit to the 10th of Ramadan on Tuesday that a big boom took place in the city during the past four years.

Notably, his meeting with the investors, and members of the 10th of Ramadan Investors Association aimed at listening to their various demands. The visit comes within the framework of the government’s keenness to periodically communicate with investors and businesspersons in order to enhance the Egyptian industry, as well as to improve the quality of goods and services provided to citizens.

From their part, the investors made a number of demands including stopping smuggling as it negatively affects the local industry.

They also called for the attention to infrastructure in industrial areas, as well as increasing the civil protection vehicles in the city.

They also called for the establishment of a high-tech university, a free trading zone to increase exports and to provide employment opportunities, as well as the allocation of an industrial zone for small industries, in addition to the establishment of an entertainment project in the city.

The investors also demanded the formation of a committee representing the investors’ associations and the federation of industries in order to develop a plan for the ways the Egyptian industry could take part in all the national projects which are currently being implemented in Egypt.

After listening to the investors’ demands, the minister stated that, “We are ready to provide the necessary land to implement the services, as well as the residential and leisure projects that you demanded.”

Moreover, he pointed out that 384 workshops for small and medium industries are currently under construction, the first of which will be completed by the end of December, stressing the readiness to discuss the allocation of these units to meet the demands of those who want to invest in small and medium enterprises.

In the context of the demand of establishing a technology university, Madbouly stressed the willingness to provide the necessary land for the establishment of the university, and to provide assistance in paying the prices of those lands.

In response to what was presented by the investors of the city concerning the customs and the smuggling, the prime minister told the investors to formulate and assemble these complaints, in preparation for a meeting with the minister of finance to discuss these demands and complaints.