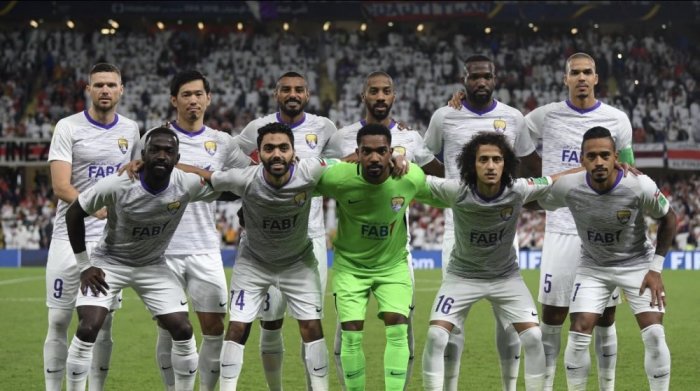 Arab football fans in general, and in the UAE in particular, experienced an exceptional night on Tuesday after the historic achievement of Al Ain FC, for which the Egyptian star Hussein El-Shahat plays, after beating River Plate of Argentina on penalty shootouts and qualifying for the Club World Cup final. It was an unprecedented achievement, as no Asian team has ever managed to reach this high-level match over the history of the tournament.

Al Ain fans celebrated everywhere in the UAE after their team’s historic performance in the tournament hosted in the Gulf country. The masses took to the streets overwhelmed with the joy of winning in a marathon game that ended 2-2 in original and extra time, before resorting to penalty kicks ending with the win of Al Ain.

Certainly, Al Ain has proven beyond any reasonable doubt that it can be the best representative of the Arab football in the Club World Cup. In the last 14 editions of the tournament, Al Ain was the second Arabic team to qualify for the final game after Raja Club Athletic had qualified in 2013 before losing to Bayern Munich 0-2.

Interestingly, the most optimistic fans of the club did not expect the team could reach the finals, since the first game against Wellington New Zealand was dramatic and difficult, in which the Emirati team was about to lose 0-3 before they turned table on the New Zealander team scoring three goals to qualify for the next round on penalty shootouts.

El-Shahat played an important role in the team’s qualification for the final game after he starred in the last three games. He was one of the main elements on which the coaching staff depended on.

He became the first Egyptian to qualify for the international competition final. Cairo giant Al-Ahly SC failed to reach that stage during its two participations in the tournament. In 2006, Al-Ahly played the semi-final against Brazilian Sport Club Internacional and lost. The most successful Egyptian club also lost against Sport Club Corinthians Paulista of Brazil in the semi-finals of 2013 Club World Cup.

This tournament witnessed the emergence of the talented UAE goalkeeper, Khaled Issa, who denied River Plate many dangerous chances and blocked the final shootout, proving that he has capabilities to make history despite his young age.

Borussia Dortmund's Axel Witsel: Being winter champion is nothing