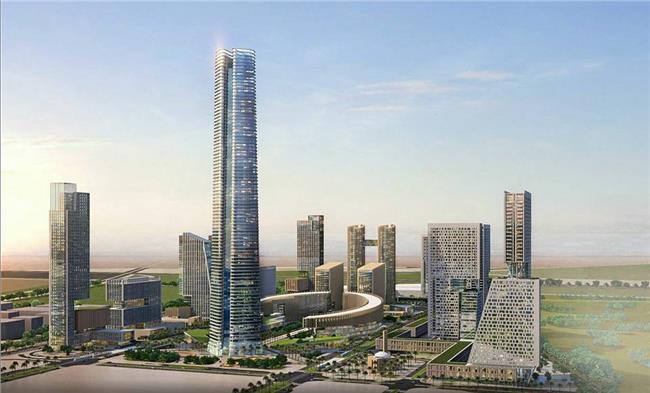 Egypt’s New Administrative Capital for Urban Development company (ACUD) has affirmed that it suspended its negotiations with the China Fortune Land Development (CFLD) for the development of the central business district (CBD) in the new capital.

Khaled El-Husseini, ACUD spokesperson, told Daily News Egypt that the CFLD wanted to allocate 33% of the project’s revenues to the ACUD, however, the later was targeting a 40% share. “This share was unfair,” he said.

El-Husseini pointed out that if the Chinese company desired to resume negotiations, the ACUD will insist on having 40% of the revenues.

Meanwhile, Ahmed Zaki Abdeen, chairperson of ACUD, told Daily News Egypt that his company is currently in talks with other companies, some of them are Korean and others are Chinese, to develop the CBD.

The ACUD announced earlier that it aims to develop the CBD in collaboration with CFLD with a $20bn Chinese fund.

Negotiations have started two years ago but the two sides failed to reach an agreement so far on revenues sharing.

The Chinese Embassy in Egypt said that Chinese companies participating in the construction of the New Administrative Capital are progressing smoothly.

The embassy noted that its economic and commercial office released media reports concerning the Chinese companies participating in developing the new Egyptian capital.”

The embassy pointed out that the new capital is a major strategic project in Egypt, and many Chinese companies expressed their interest to cooperate with Egypt in the construction of its new capital, noting that some projects are actively under negotiation.

“The Chinese company and the Egyptian side signed a contract for the new capital central business district project. The construction of the project started in May 2018 and is progressing smoothly,” the embassy elaborated. “China supports competent Chinese companies to participate in various aspects of cooperation including the construction of the new capital. Some of the major projects will involve financing issues. For example, the two sides intend to use Chinese finance in the new capital central business district project, and the financing negotiations are progressing smoothly.”

The embassy stressed that Chinese companies abide to market principles to cooperate with Egypt and the results are determined based on market principles. The CFLD is reportedly in talks with the Egyptian side on building a new industrial city.

Chinese companies affirmed the improvement of Egypt’s investment environment and they aim to have a brighter future in the country, according to the embassy.