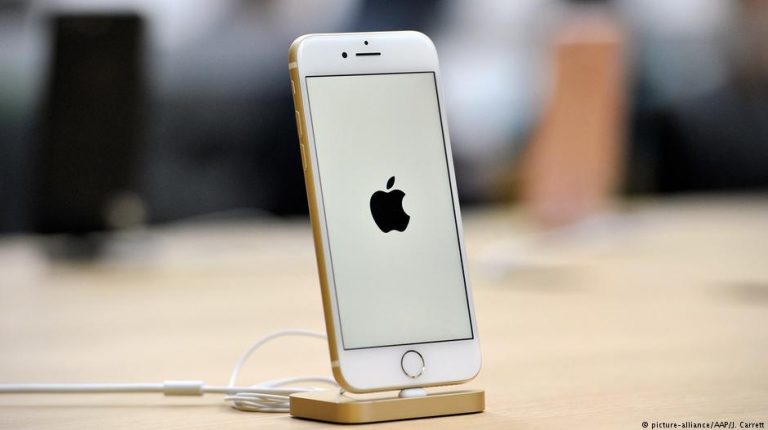 In the latest case in a legal battle between the US chipmaker and US smartphone brand, a German court gave the nod to the chipmaker. It means older iPhones will come off the shelves of Apple stores in Germany.A judge in Munich ruled on Thursday that iPhones which have a combination of chips from Intel and Apple-supplier Qorvo violated one of Qualcomm's patents in Europe around so-called envelope tracking. The feature helps mobile phones save battery power.

Apple is: "Banned from offering or distributing unlicensed" devices that use the disputed patent, the Munich regional court (Landgericht) ruled, as it also awarded Qualcomm unspecified damages from Apple.

The ban on Apple is dependent on Qualcomm paying a security deposit of €668 million ($765 million) as Apple makes its appeal against the ruling.

In a statement, the Cupertino computer giant said: "We are of course disappointed by this verdict and we plan to appeal. During the appeal process, iPhone 7 and iPhone 8 models will not be available at Apple's 15 retail stores in Germany. iPhone XS, iPhone XS Max and iPhone XR will remain available in all our stores."

All iPhone models are still on sale at third-party sellers in 4,300 locations across Germany.

The courts of the world

The two Californian tech giants have been at legal odds for some time. Apple has alleged that Qualcomm engaged in anti-competitive business practices to protect a monopoly on its modem chips. These help mobile phones connect to wireless data networks.

"Qualcomm insists on charging exorbitant fees based on work they didn't do and they are being investigated by governments all around the world for their behavior," a statement from Apple read.

Qualcomm sued Apple in the regional court in Munich in July 2017. The San Diego, California corporation sought an injunction to halt some iPhone sales in Germany as well as monetary damages.

The US Federal Trade Commission has sued Qualcomm over its business practices in a case set to go to trial in January.

Apple also took the unusual step earlier this year of making changes to its iPhone software for users in Germany, according to a report in the Financial Times.

The change affects the Spotlight feature for contact searches from the iPhone's home screen and was apparently an attempt to head off part of the legal challenge in Munich from Qualcomm.

Apple also lost a case earlier in the month in China.

The Fuzhou Intermediate People's Court in China found on December 10 that Apple infringed two patents held by Qualcomm and ordered an immediate ban on sales of older iPhone models, from the 6S through the X.

Qualcomm's general counsel and an executive vice president, Don Rosenberg said: "Two respected courts in two different jurisdictions just in the past two weeks have now confirmed the value of Qualcomm's patents and declared Apple an infringer, ordering a ban on iPhones in the important markets of Germany and China."