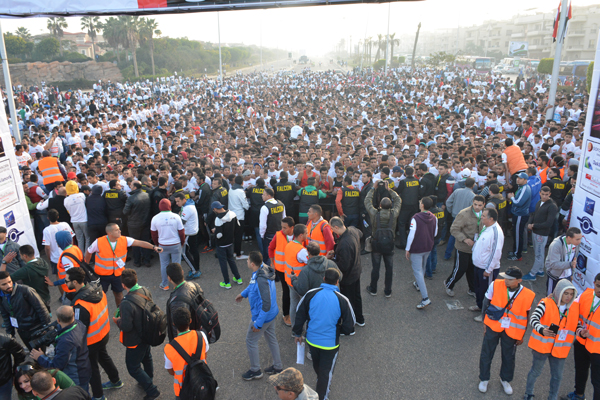 Minister of Youth and Sports, Ashraf Sobhy, follows up the final preparations to host the fifth edition of Zayed Marathon in Ismailia, scheduled for 28 December.

The minister met with the organising committee to assure that the marathon will be held in the best way and to avoid repeating mistakes made in the last four editions.

The ministry of health announced the provision of 25 ambulances and 10 mobile clinics to accompany the 15,000 young runners who will participate in the marathon. Prizes will be worth a total of EGP 1.5m.

The proceeds of the marathon will be allocated to the Leprosy patients of the Misr El Kheir Foundation and the Orman Charity Association.

The marathon is very important for both the Egyptian and UAE sides, represented by the ministry of sports and the UAE embassy in Egypt. The marathon bears the name of the late Sheikh Zayed Bin Sultan Al-Nahyan.

The representative of the UAE embassy, Ali al-Shehhi, expected that the fifth edition of the Zayed Charity Marathon will be the best. He thanked the ministry of sports for hosting the marathon, stressing that the UAE is always keen on establishing the marathon in Egypt.