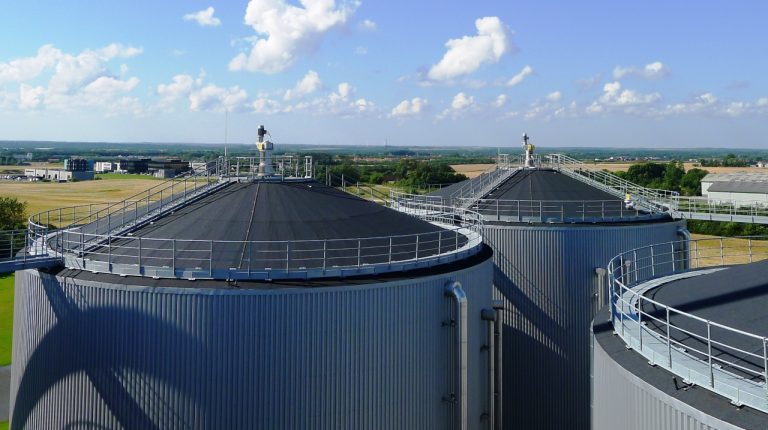 Juhayna Food Industries is considering the establishment of the first biogas plant in the industrial sector, at the company’s farm in Al-Wahat area.

The Head of the company’s external relations, Passant Fouad, said that the company owns a dairy farm in the oasis area with about 4,000 cattle.

She pointed out that the board of directors agreed to establish the biogas plant to take advantage of the livestock waste, to produce the energy needed by the company.

During a panel discussion organised by the company yesterday, it highlighted the initiatives and achievements in the field of rationalisation of energy resources within its factories. The company relies on renewable energy, the placement of solar panels on the roofs of factories, improves energy efficiency through the use of LED lamps, the use of smart boilers, as well as utilising modern energy management methods.

She stressed that companies place the environment sector at the top of their priorities. The rationalisation of energy consumption, the shift to responsible consumption, and the adoption of global environmental standards are among the most important pillars of the company.

The company’s international factory received the ISO 50001 certificate for environmentally friendly practices at all stages of production, and the company is working on obtaining the certificate for the rest of its factories during the second and third quarter of 2019.

She said that the company will issue the first report on sustainable development next April, after joining the UN Global Compact.

Engineering Manager at the company, Mostafa Agamy, said that they achieved tangible results in rationalising energy. He explained, “Between January 2017 and September 2018, the company saved 18% on electricity and 10% on the gas bills.”

Juhayna received an award from the Egypt National Cleaner Production Centre of the Industrial Council for Technology and Innovation, and the UN Industrial Development Organisation(UNIDO), in recognition of the efforts made in the environment sector, by working with the ‘Environmentally Friendly Technology Transfer’ programme, aimed at reducing industrial pollution.

Agamy expected the production of the biogas plant to reach three MW, in addition to the company’s solar power plant that generates one MW.

He added that the farm’s productive capacity of electricity exceeds its actual needs, and therefore is consulting with the nearby farms to supply their electricity needs.

For his part, the UNIDO’s representative Samir Khafagy, praised the company’s efforts in the environment sector, especially in energy and water conservation.

He added that the company’s participation in the environment-friendly technology transfer programme has led to positive results across both its factories included in the assessment.

Khafagy estimated the energy efficiency in the industrial sector to be about 57% in Egypt, which means that the rate of waste is 43%, which is high, and with the lifting of subsidies on energy, production costs will increase, thus raising the prices of goods.