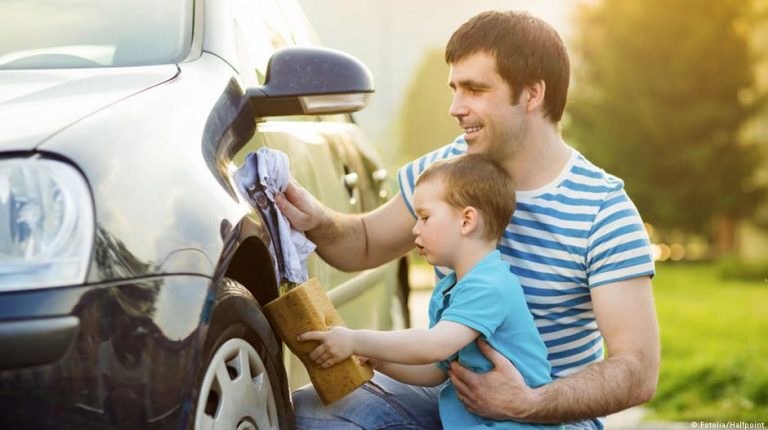 To combat air pollution, a number of German cities are trying to encourage citizens take public transportation. But convincing Germans to give up using their cars in favor of buses and trams has proved to be difficult.Perceptions about air pollution in Germany vary widely. Expats from places like India, for instance, routinely express the view that there's no pollution in Germany whereas the problem is ubiquitous in their home countries.

But many Germans will disagree with this view. Even though it is far from being Europe's most polluted nation, the fact remains that the country is currently grappling with pollution caused by nitrogen oxides (NOx), particularly nitrogen dioxide (NO2), mainly emitted by diesel-powered cars and trucks.

A high concentration of NO2 can cause respiratory and cardiovascular diseases, including asthma and bronchitis, warn global public health bodies like the World Health Organization.

That's why the European Union (EU) has set the limit for nitrogen dioxide (NO2) at an average of 40 micrograms per cubic meter per year. But Germany continuously exceeds that limit, especially in high-traffic areas like cities.

According to the European Environment Agency (EEA), 2.5 percent of Germany's population is exposed to NO2 emissions beyond legal limits. Nitrogen dioxide, the EEA says, is responsible for over 12,800 premature deaths in Germany every year, which is four times the number of fatalities from traffic accidents.

Concerns about air pollution have moved high up on the public agenda since the shocking revelation in 2015 that German automotive titan Volkswagen had rigged diesel emissions tests to make its cars appear more environmental friendly than they actually were.

With emissions of nitrogen oxides and particulate matter far exceeding the permitted threshold, courts have stepped in and begun slapping bans on diesel cars in some cities.

In February 2018, a court in the eastern German city of Leipzig allowed local governments to impose diesel bans and get the dirtiest cars off streets to meet EU clean air standards. The first diesel ban took effect in May in Hamburg. In November, after a court imposed diesel driving bans in certain areas of Cologne and Bonn, another court ruled that authorities must ban diesel cars from parts of two other cities and a busy motorway in the country's industrial heartland.

These court rulings, coupled with diesel's increasingly poor image, have dented sales of diesel cars not only in Germany, but across Europe. In the first six months of this year, new diesel car registrations all over Europe were down 17 percent compared to the same period in 2017, according to JATO, an automotive consultancy.

Read more: Opinion: The war on automobiles is a war on freedom

Although the bans now affect just diesel engines, the future for gasoline-powered vehicles does not appear much rosier either, due to their greater emissions of atmosphere-warming carbon dioxide.

The accelerating push to dump the internal combustion engine (ICE) has terrified Germany's powerful automotive sector, which is estimated to account for almost a fifth of the German economy and epitomizes the nation's engineering prowess. The industry employs around 800,000 workers and enjoys significant political backing at all levels of government.

The automotive industry's clout over German politics, say critics, has helped it tilt the policy landscape in its favor. They point to the fact that Germans pay no road tolls as well as tax rules encourage companies to offer workers premium cars and fuel allowances. The government's tax policy also keeps diesel cheaper at the pump than petrol, encouraging consumers to prefer diesel-powered vehicles.

Critics also complain that the auto industry's political heft has helped the nation's carmakers to slow the pace of switchover from ICE to electric vehicles. Germany is a laggard when it comes to e-cars and is widely expected to miss a target of selling 1 million units by the end of the decade.

To combat the foul air blanketing many German cities, however, many believe it is necessary to discourage people from using private cars and encourage them to take public transportation in their stead.

In recent years, the government has invested more in bus and bike lanes and tried to improve the appeal of public transportation, including by reducing ticket prices for public transport. Furthermore, calls have grown louder for making public transport entirely free of cost for commuters.

But transportation experts say price is seldom the reason why people choose car over public transport. Instead, they argue that the choices of which mode to use are much more to do with service qualities. In fact, many Germans appear dissatisfied with the current availability and quality of public transportation. And a recent government report concluded that cars remain the favored mode of getting around for Germans.

The German Transport Ministry polled more than 150,000 households nationwide to find out how often people leave their homes, what distances they covered on an average day and their preferences for getting from A to B, including by foot, public transport, private vehicle and bicycle.

According to the survey, using public transport is a big topic only in urban areas, where it has grown dynamically over the last decade. Still, it only accounts for 10 percent in the "getting around" mix.

And when asked about their subjective views on various mobility services, Germans said public transport, such as bus and train services, was lousy, indicating they would not use them, if they didn't have to.

The study concludes that a trend reversal is not really in sight despite recent efforts to enhance the attractiveness of alternative means of transport. But considering plenty of cars will remain on the roads in Germany, more resources should be put into making vehicles cleaner and, thus, lessen the burden on the environment, the survey said.

"In cities, young people are increasingly turning their backs on privately-owned cars," German car expert Stefan Bratzel from the University of Applied Sciences in Bergisch Gladbach told DW in May this year. "This paves the way for more public transport, alternative mobility concepts such as carsharing or bikesharing and other projects."

He warned, though, that the situation would not change any time soon outside urban areas where privately owned cars are still highly valued.