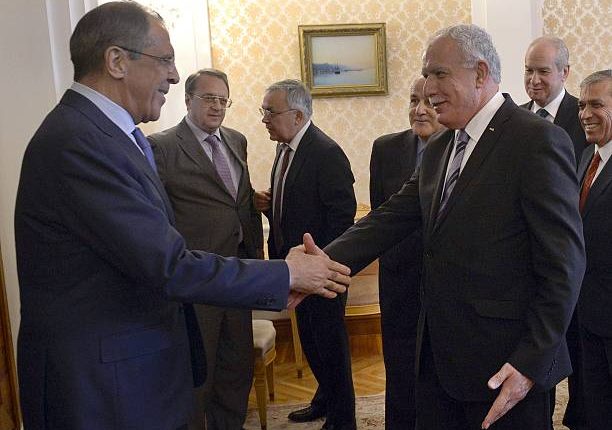 Russia welcomed hosting a meeting between the leaders of Palestinian movements of Fatah and Hamas next year to mediate reconciliation talks, said Russian Foreign Minister, Sergei Lavrov, on Friday during a meeting with his Palestinian counterpart Riad Malki.

Lavrov affirmed that a meeting between Palestine and Israel might also be organised under Russian mediation whenever the two sides are ready.

“We see the desire of some external players to push the Palestinian problem into the background, depriving it of priority in regional affairs,” Lavrov said at a joint press conference following his meeting with Malki. The speediest restoration of Palestinian unity is of particular importance, he said.

In October 2017, Hamas and Fatah signed an agreement at the Egyptian General Intelligence Service headquarters in Cairo and the two factions agreed to proceed with further meetings to plan for presidential and legislative elections.

However, the efforts of Palestinian reconciliations were halted after the US declared it would move its embassy to Israel from Tel Aviv to Jerusalem. After the controversial decision, the Palestinian government said the US cannot be seen as a mediator in the peace process anymore.

In a different context, the United Nations World Food Programme (WFP) said the January cuts in food aid would affect about 190,000 Palestinians in the West Bank and Gaza. This figure represents about half of all UN aid recipients in the region.

“The WFP has been forced, unfortunately, to make drastic cuts to the number of people that we support across Palestine, both in Gaza and the West Bank,” said Stephen Kearney, WFP country director in the Palestinian Territories.

The agency has been forced to make the cutbacks because “the amount of funding that we are receiving is dropping drastically,” Kearney said.

“The people that we do reach are the most vulnerable across Palestine, and we appreciate that we are going to put further anxiety on these families,” he said.

Earlier this week, the UN and the Palestinian Authority had appealed for $350m (€307m) in aid for Palestinians next year. The WFP needs $57m to maintain its support for the 360,000 Palestinians it currently provides with aid.