In Celebration of the 100th birthday of the president who was always known for believing that “Peace is much more precious than a piece of land”, the ministry of culture revived the memory of late president Anwar El-Sadat during a two-day celebration held on Sunday and Monday at the Cairo Opera House and the Supreme Council of Culture.

El-Sadat marks his 100th anniversary on the 25th December. The late president who was known to have peace and end war as a lifelong goal he was motivated to achieve despite all else, was celebrated through a concert at the Cairo Opera House on Sunday. The concert was held by the team of maestro Alaa Abdel Salam in which opera individual singers performed some of El-Sadat’s era most famous national songs including ‘Habayeb Masr,’ ‘Rayheen Shaylen Fe Edna El Selah,’ and ‘El-Negma Malet Al Amar.’ The national songs all depict the state of the soldiers during war and were sung by Egypt’s most well-known stars at the time including Abdel Halim Hafez. The concert also witnessed the performance of the soundtrack of the ‘Ayam El-Sadat’ (Sadat Days) movie, the biography of the late president, performed by late megastar Ahmed Zaki, which was met by huge success from the audience. 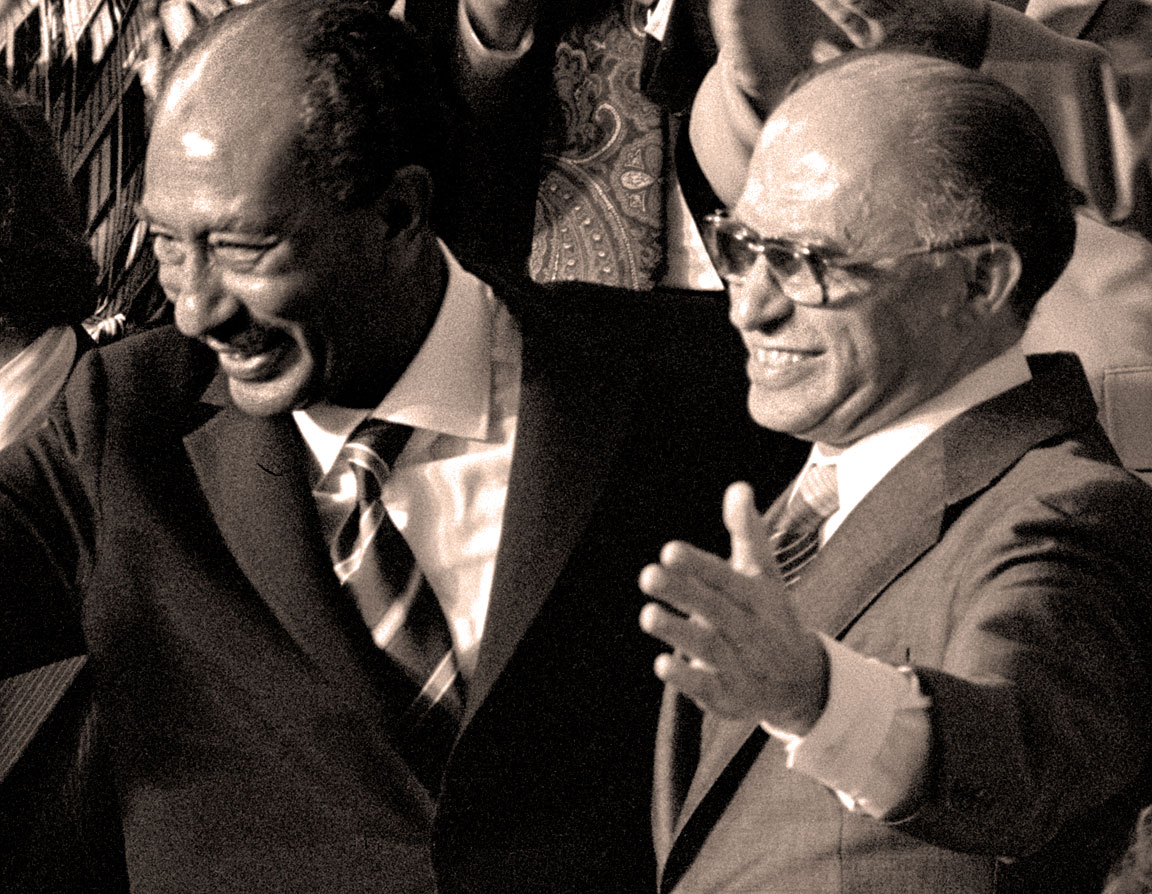 The celebration is a project of cooperation between the ministry of culture, the Supreme Council of Culture, and the Cairo Opera House.

Monday marked the conference held at the Supreme Council of Culture entitled with ‘El-Sadat: the hero of war and peace.’ The conference lasted for a whole day and began with a speech by Inas Abdel Dayem, the culture minister, following a speech by El-Sadat’s family.

The sessions are to be held with some of Egypt’s most renowned public figures, including politician Moustafa El-Fikky and Hossam Al-Badrawy, who will discuss the state of war and Al-El-Sadat’s mindset towards ending it and his policies through which the country went through.

The conference is also to deliberate the social and economic situations Al-El-Sadat aimed to change with his policy as the first president who adopted “Infitah” (open door) policy which was the total opposite to Nacerissm, sociaslist or leftist policy. Throughout economic policy, the late President El-Sadat widely opened the door of exports which was totally closed with the previous President Gamal Abdel Nasser era, who directed all the country’s financial resources into supporting the military.

The sessions are also to review the social change which occurred in Egyptian society due to El-Sadat’s adopted policies.

El-Sadat was assassinated on October 6, 1981, at the hands of a member of an Islamic Jihadist movement.

Earlier this year, the US Senate passed a bill in August to honour El-Sadat’s effort in maintaining peace in the Middle East.

The Egyptian embassy in Washington DC’s official Facebook page said in a press statement that the bill is “in recognition of his heroic achievements and courageous contributions to peace in the Middle East.”

As the first Arab president to ever be honoured with such an award from the US Congress, a gold medal is also to be given to his wife Gihan El-Sadat in recognition of his efforts to maintain peace in the region and sign the Camp David Accords which “remains an important anchor for peace in the region today,” according to the published articles of the bill.

The Nobel Peace prize was awarded to President El-Sadat, who is the third president in the history of the country. Born in 1918 to twelve other siblings in one of Egypt’s rural villages in Menoufia, the poor Nubian-origin family did not know that their name will be carved in Egypt’s recent history by the hands of their son, Anwar, who became the first Egyptian ever to be awarded with the Nobel Peace prize for signing the Camp David Accords.

El-Sadat later joined the Royal Military Academy in Cairo and graduated to become a second lieutenant in the army.

A few years after this he was working to build the high dam, where he met Gamal Abdel Nasser and with the help of other officers, they established the ‘Free Officers’ movement which organised the 1952 revolution with the aim of freeing Egypt from the British colonisation and royal rule, leading to the ouster of King Farouk II.

After Abdel Nasser died from a heart attack, El-Sadat became president in 1970 and stepped away from the Nasserism path, adopting new policies and laws regarding Egypt’s political and economic scenes. 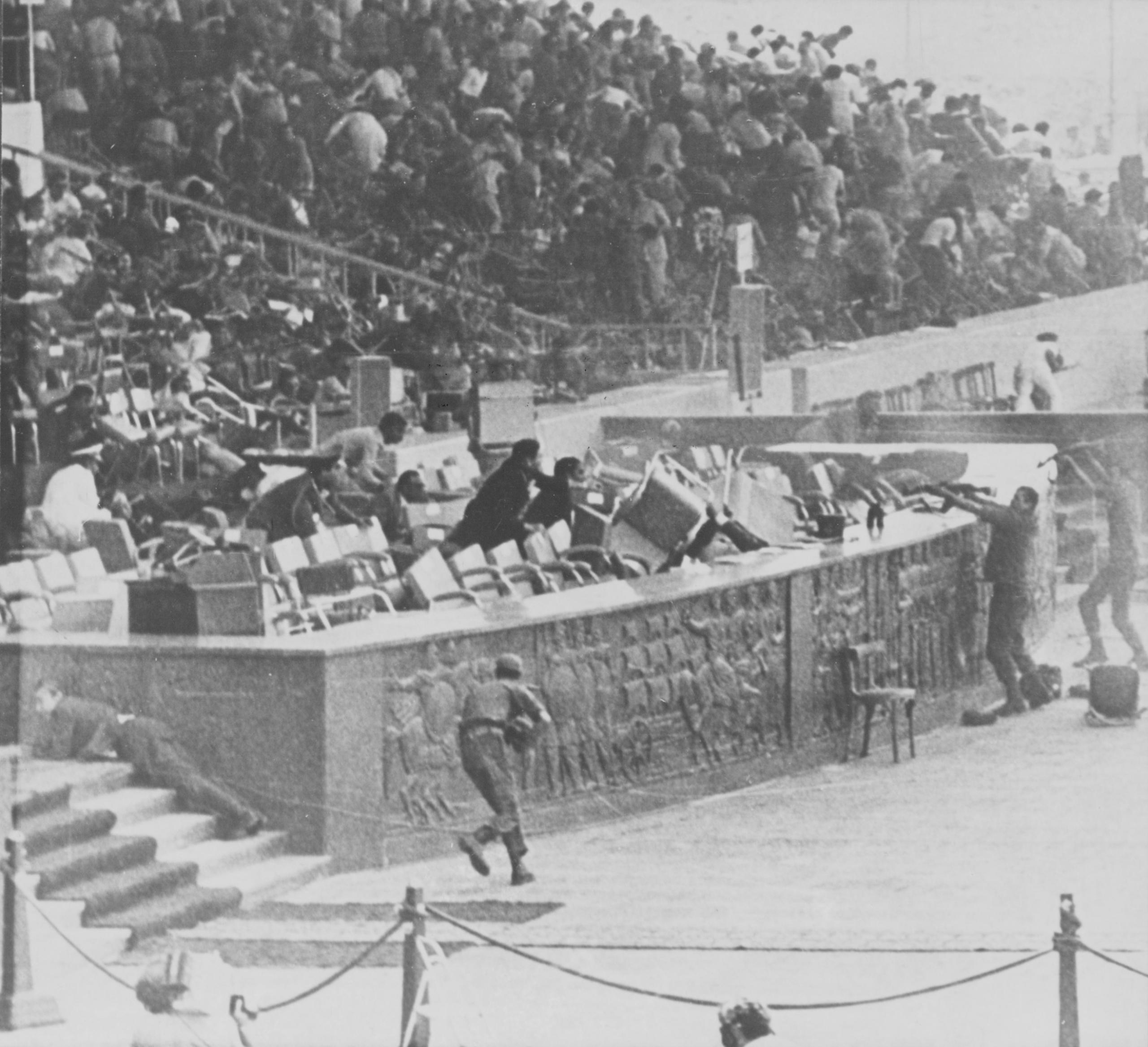 After Egypt lost authority over Sinai to Israel in the 1967 war in Gamal Abdel Nasser’s era, the Egyptian army, with the help of Syrian forces launched what is currently known as the famous 6th of October War, in which both forces epically regained control over Sinai lands and destroyed what was believed to be a defensive chain, the Bar Lev Line in the first day of the war.

After almost 20 days of non-stopping fire exchange, a permanent cease-fire was reached in October 1973.

A year later, in 1974, Egypt and Israel signed a treaty stating that Egypt retrieved the land in Sinai, with the help of US Secretary of State Henry Kissinger, who facilitated he talks between both sides.

Between Egyptians’ hesitant acceptance and severe criticism, El-Sadat peace life goal kept urging him to become the first Arab president to acknowledge the existence of Israel as a country, through visiting it in 1977 to discuss with the Israeli Knesset how comprehensive peace can be achieved in the region.

In 1978, Egypt and Israel signed the Framework for Peace in the Middle East, historically known as the Camp David Accords, which was shortly followed in the same year with El-Sadat being awarded with the Nobel prize along with and Israeli Prime Minister Menachem Begin for signing the accords that are believed to have ended the brutal war in the region.

In his speech, El-Sadat stated that all his actions—despite the fierce outrage they are met with by Egyptians—are to end the war in the Middle East and to grant the coming generations a chance to live in peace.

“I made my trip because I am convinced that we owe it to this generation and the generations to come not to leave a stone unturned in our pursuit of peace,” El-Sadat said.

Impeachment of current cabinet to be settled next week