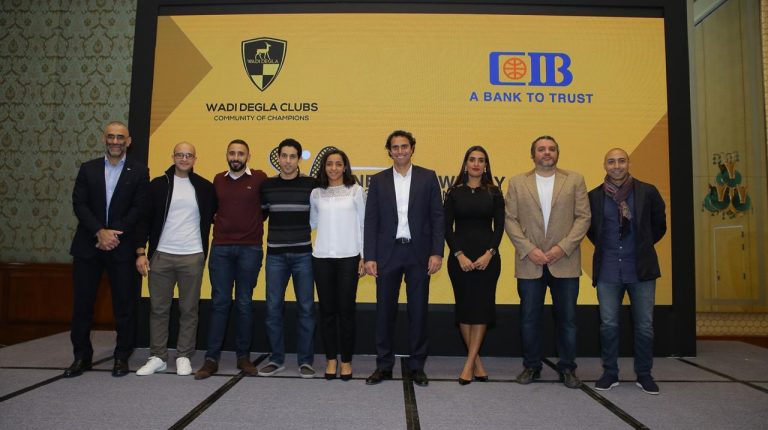 Ever since she crafted her path in squash, the Egyptian legend Raneem El-Weleily has been a model of successful sports women in the world. Celebrating her total achievements in squash, notably named No1 in the Professional Squash Association (PSA) Women’s World Rankings for December, the Commercial International Bank (CIB) honoured El-Weleily for enriching the sports scene.

The award comes as a recognition of the player’s long successful record in squash, particularly after the PSA selected her to be the best squash player in the last season.

Prior the award, a joint press conference was held by El-Weleily; Hussein Abaza, CIB executive manager, and Assem Khalifa, head of the PSA. In the press conference, El-Welily stated that this season was one of the most important periods in her career, as she managed to win many trophies with the Wadi Degla club, notably China and the US squash open competitions.

“Getting back on top of the best squash players ranking is also one of the greatest achievements in my long sports career, and I’m looking forward to put further efforts in order to get more awards for Egypt with the continuous support of the Wadi Degla sports club,” she said.

As for Abaza, he stressed in the press conference on the CIB’s support for squash in Egypt, adding that the bank is committed to supporting young talents through cooperating with biggest sports institutions like Wadi Degla.

He also added that the bank is proud to have top ranked players like El-Weleily in Egypt.

El-Weleily was previously named PSA Women’s Player of the Year in 2015. As the World No 2 during the first eight months of 2015, she also took the top spots in the JP Morgan Tournament of Champions, the Guggenheim Partners Windy City Open, and the Alexandria Open competition.

Karim Darwish, Wadi Degla sports director, said that El-Weleily was one of the players who added a lot to the club with her international awards and accreditation.

“Raneem is one the players who filled the awards corner in Wadi Degla with many medals and achievements,” he said proudly.