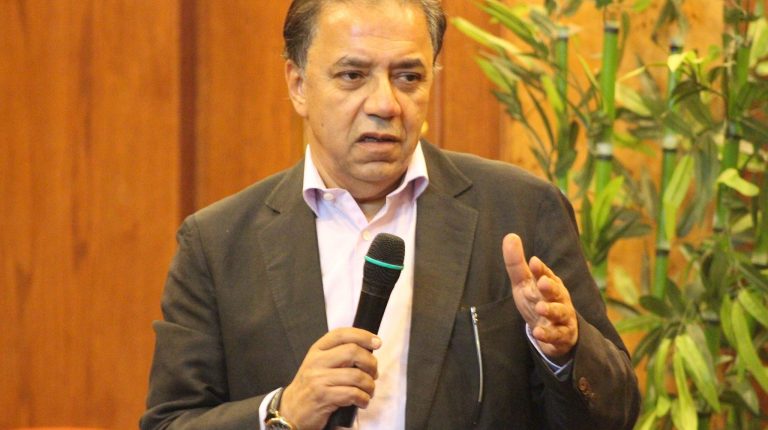 Chairperson of the Chamber of Chemical Industries at the Federation of Egyptian Industries (FEI) Sherif El-Gabaly said that the government has to provide lands for investors at affordable prices.

During the fifth Akhbar Al Youm economic conference titled ‘Industrialisation: The road to the Future’ on Sunday, El-Gabaly added that the government can also provide the lands’ on a usufruct system, in order to facilitate the process for investors.

He disapproved of the increase in the banks’ interest rates, describing it as a very high increase, which small enterprises cannot afford.

Additionally, he disagreed with the use of 80% of the gas production in generating electricity, noting that it will not achieve the desired development. He added that if utilised on a large scale in industrial production, it will help achieve the country’s industrial development.

Furthermore, he called on the government to reconsider the gas consumption system in Egypt.

Moreover, workers’ employment training and qualifications should be paid attention to, he noted.

Plus, he pointed out that the FEI works extensively to export to Africa, through organising promotional missions to a number of African countries.

Egyptian products exported to Africa go through Arab importers and not through Egypt, which weakens Egyptian presence in this market. He disclosed that there are some logistical issues related to exporting to Africa, as there are many exported products stored in these countries’ ports.

Moreover, El-Gabaly praised and encouraged cooperation with the ministry of military production, saying,  “The ministry’s products are sophisticated and modern.”

He called on the government to cope with the fourth industrial revolution, and to consider the social aspects when applying it.

As for the Minister of Trade and Industry, Amr Nassar, he said that the ministry’s plan is to develop the industry so it will contribute towards increasing the industrial products’ growth rates to 8% by 2020, especially as many factories are moving towards promoting the industry.

During his speech at ‘the Industry Strategy’ session at Akhbar Al Youm’s conference, Nassar noted that industry sector comes at the top of the government’s priorities as it serves as the main axis for positioning Egypt on the map of the world’s biggest economies, as well as to achieving comprehensive economic development.

Moreover, he elaborated that all the infrastructure projects implemented by the state during the past five years in roads and energy to serve the productive sectors, especially the industrial sector, reflect the government’s desire to support and encourage this sector. He further pointed out the existence of complete coordination among economic groups and ministers to deal with all challenges facing the Egyptian economy.

Nassar added that Egypt has the potential to achieve a major industrial and economic boom through the availability of a good industrial and investment climate, with measures that contribute towards obtaining the confidence of international institutions, as well as foreign governments in the Egyptian economy.