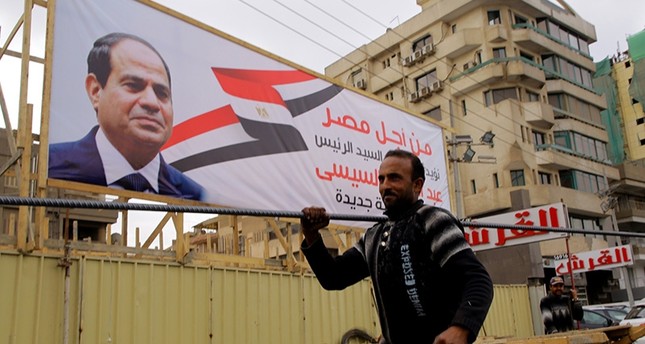 The Cairo Court of Urgent Matters postponed on Sunday the consideration into a case court demanding the parliament’s debate as well as constitutional changes over the presidential term limit, to 20 January. The case was filed in order to allow President Abdel Fattah Al-Sisi a third term in office.

“I filed the case as I believe that Al-Sisi made a lot of achievements, and he deserves to serve a third term,” lawyer Ayman Abdel-Hakim told Daily News Egypt on Sunday.

Abdel-Hakim pointed out that he, along with five other lawyers, filed the lawsuit to debate article No140, regarding the presidential two-term limit, and to consider amending it.

He highlighted that he heads the legal office which filed the case court. “It is an international office for advocacy and legal consultations,” Abdel-Hakim clarified.

Regarding the postponement verdict, Abdel-Hakim said that he expects the court’s ruling, at the upcoming hearing, to be in favour of his case.

“MPs shall then debate the amendments and call for a referendum. I hope they will vote for amending the constitutional article 140.”

Abdel-Hakim mentioned that the recent military exhibition ‘EDEX’, the New Suez Canal, Tanzania’s dam, as well as other projects are among the president’s accomplishments. “He made countless projects for Egyptians,” the lawyer added.

Inquiring for the number of terms Abdel-Hakim seeks Al-Sisi to serve, he replied, “a third one,” without adding further details.

Outside the court on Sunday, dozens of citizens gathered holding photos of Al-Sisi, and chanting in favour of him.

According to article No140 of the 2014 constitution, “The president of the republic is elected for a period of four calendar years, commencing on the day the term of his predecessor ends. The president may only be re-elected once.”

Al-Sisi publicly said he will not seek a third term in office, asserting that he respects the country’s constitution and will not interfere with it. “I am with preserving two-four-year terms,” Al-Sisi told CNBC in an interview in 2017.

Earlier in March this year, Al-Sisi swept the presidential elections with 97% of valid votes, securing a second term, while his not very-known rival, Head of the pro-government El-Ghad Party, Moussa Mustafa Moussa, secured just 2.92% of the votes.